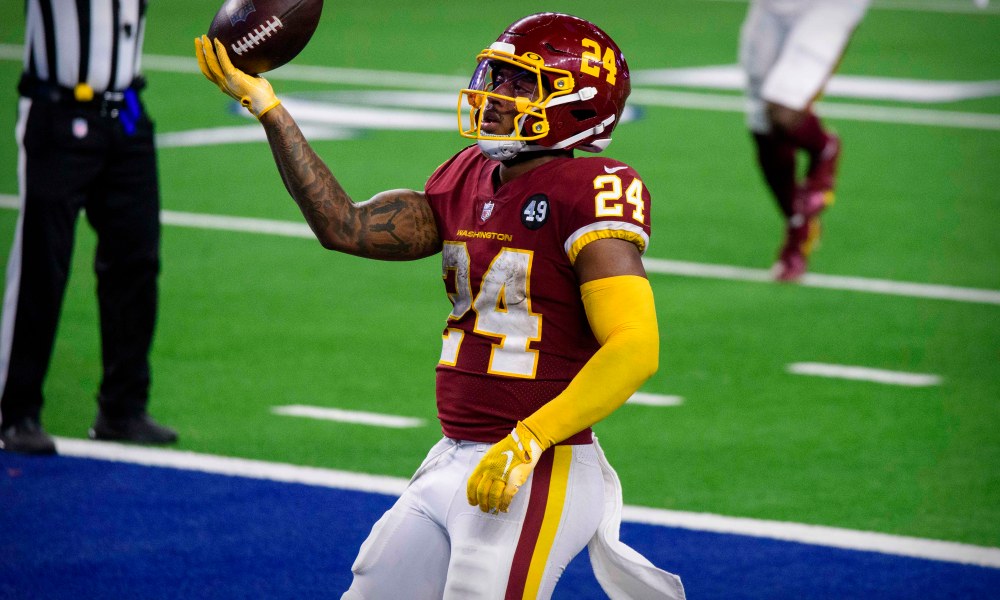 Touchdowns are the topic as we woodshed three of our favorite NFL season-long player props for the upcoming season.

It’s a stance that served us well when we went 25-4 (86%) on season-long props last year. Iit’s all tracked here, along with every other bet we’ve ever recommended. With that said, let’s dive right into three of our favorite looks.

Join Bet the Prop to get player props from NFL, NBA, MLB, PGA, NASCAR, & more alerted to your device.

Editor’s Note: All lines listed are from SBTech, which is taking over as the new odds provider for DraftKings. However, that changeover is not complete in every state yet, so you may not see these exact in some jurisdictions just yet.

We don’t even know if Williams is the sure starter in Denver. Why is he getting a starter’s line?

Sure, he’ll probably get there at some point this year, but the second-round pick is not a Najee Harris or Travis Etienne-like talent who commands Day 1 starter’s snaps. Plus, the presence of veteran RB Melvin Gordon means the Broncos have the luxury of easing the rookie in. And he’ll need all the snaps he can get to hit this TD line.

The Broncos are also a mediocre offense with mediocre QBs coached by a lifelong defensive coordinator who has no interest in playing uptempo.

Even if we give the Broncos a generous 40% bump in rushing RB TDs this year, this line assumes that the rookie, who isn’t guaranteed to be starting on opening weekend, scores 57% of those.

They won’t be in the red zone much this year, one of the many reasons why Williams’ TD total is an easy fade.

Could the potential addition of Aaron Rodgers change that? Yes, but that possibility seems priced in here already, as it is in other derivative markets by now.

Big RoJo guy here — love the player, hate the line. This one can’t even be explained away by the extra game the NFL has added this year. Through three NFL seasons, Jones has posted rushing TD totals of 1, 6, & 7, so he’s going to have to hit a new career-high for us to lose this, and in this case, that represents a 14.3% jump in production.

The Super Bowl champions boast a deep backfield that only got deeper with the addition of Gio Bernard. Leonard Fournette is back, and he took 12 carries inside the 10-yard line last year as well, converting them at a higher rate (than Jones did with his 21 carries.

Ke’Shawn Vaughn might be an afterthought to most people at this point, but after Tampa spent an early third-round pick on him in last year’s draft, it’s too early to write off his involvement completely.

Add in injury risk, which is higher for RBs than any other position, plus projections that range from 4.3 to 7 even, and even though he’ll soar over this total sometimes, the value is in the under.

Note: DraftKings pulled this prop yesterday, unfortunately. I do expect it to re-open at some point, either at a worse price or number. When it does re-open, I would play U10 to -130, and would also play U9.5 TDs for a half-unit.

Gibson was a sensation as a rookie, but the 11 TDs he scored might be nearing his ceiling, and expecting a repeat as a median result is a stretch, even with the extra game.

Of the 47 RBs to log at least 100 carries last year, Gibson’s TD rate of 6.5% was fourth-best, landing him among some elite company.

Long term, it’s hard not to love Gibson’s prospects, but those TD rates are typically not sustainable.

We rarely see rushing TD rates that high at all — going back over the last decade, just 21 RBs have recorded TD rushing rates of 6% or greater (minimum 100 attempts), and incredibly five of those (23.8%) came last year.

Will Gibson become just the fifth guy in the last decade to turn that trick? I’m betting against it.

Just to put this line in a little different context, it’s the same O/U 10 line that Kamara is getting, and Alvin Kamara just posted the third-highest rushing TD rate in the last 20 years.