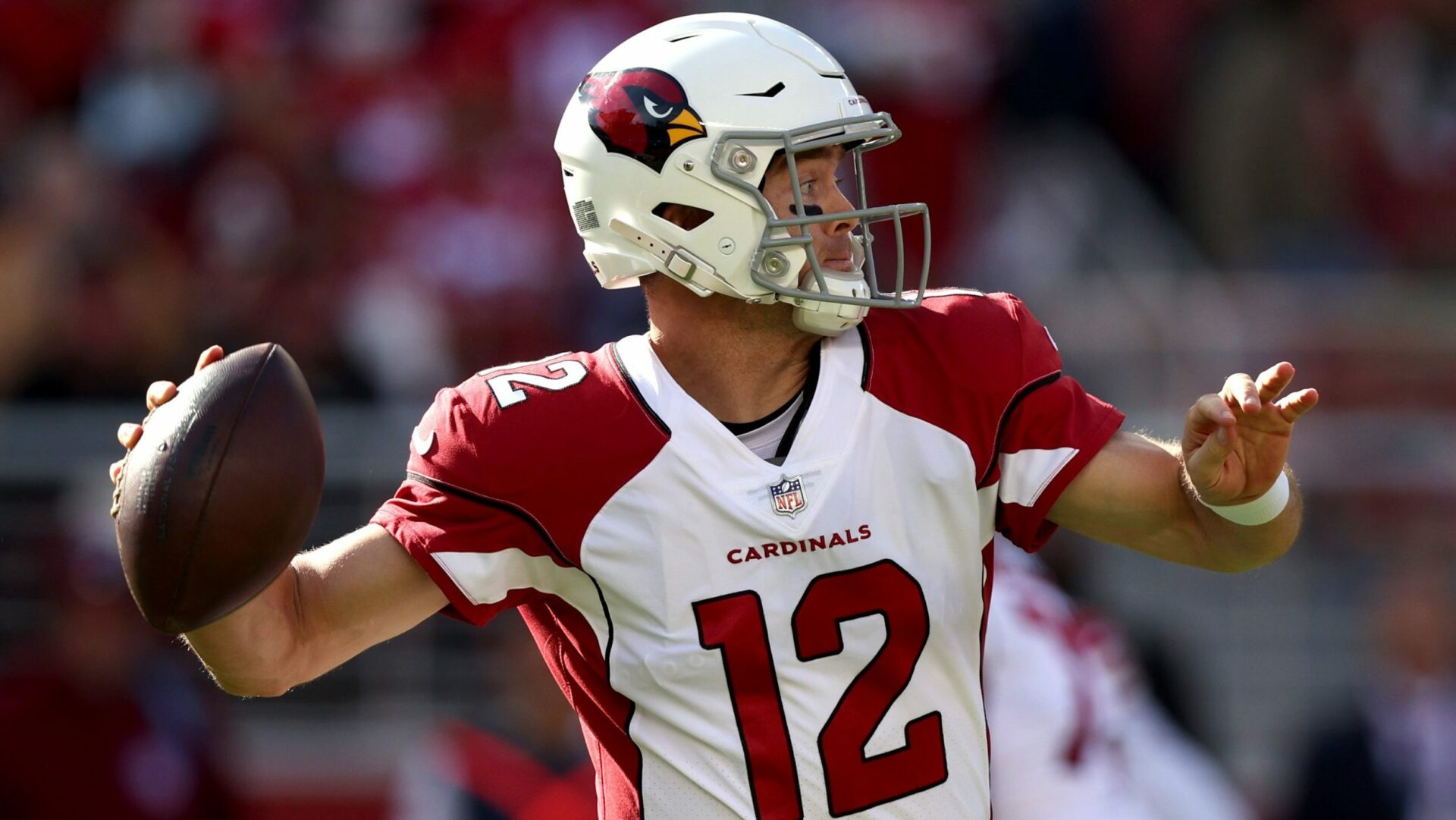 Colt McCoy props are on the menu for tonight as the 49ers and Cardinals meet in Mexico City. McCoy and the Cardinals are huge 10-point underdogs to an imposing San Franciso defense that really has no weaknesses.

It’s a tough spot for McCoy, especially with DeAndre Hopkins at less than 100% and No 1 TE Zach Ertz on the IR.

In his first game starting for the injured Kyler Murray, the 13-year veteran acquitted himself well, passing for 238 yards and posting a positive Completion % Over Expected of +5.46%.

But as mentioned, Ertz is now out, and Hopkins’ status is somewhat in question after logging a DNP on Thursday and being slapped with a Questionable tag coming into tonight. He’s probably fine, but the risk for re-injury is there.

That also came against a weak Rams passing defense, however, and the 49ers are simply a different animal. Their advanced numbers may not be elite, but they’re top-eight across the board:

The counting numbers have been incredible. Here’s a list of every QB to play the 49ers this year — only two of them have managed to hit this line against them, and one of those was Patrick Mahomes. 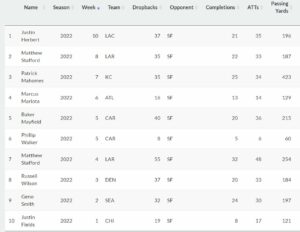 The median result for passers against the 49ers this year is 191.5 yards. They’re also holding 78% of QBs under their passing prop.

One of the biggest reasons for that is their games simply lack significant volume.

Not enough people consider volume when playing props. The amount of snaps in a game is more important than historical hit rates or defensive efficiency.

In this case, we have two of the slowest teams in the league, with their 60 combined average snaps coming in as the second-lowest total from any game on this week’s slate. Offenes playing the 49ers run 62 plays per 60 minutes on average, good for the second-fewest in the league.

So when you combine low volume with excellent efficiency, you get an extremely tough environment for QB passing numbers.

Don’t be scared off by the 10-point spread here. While garbage time is always a bit of a risk with these types of plays, what we’ve seen historically is that QBs who are big underdogs tend to go under their passing prop nearly 60% of the time.