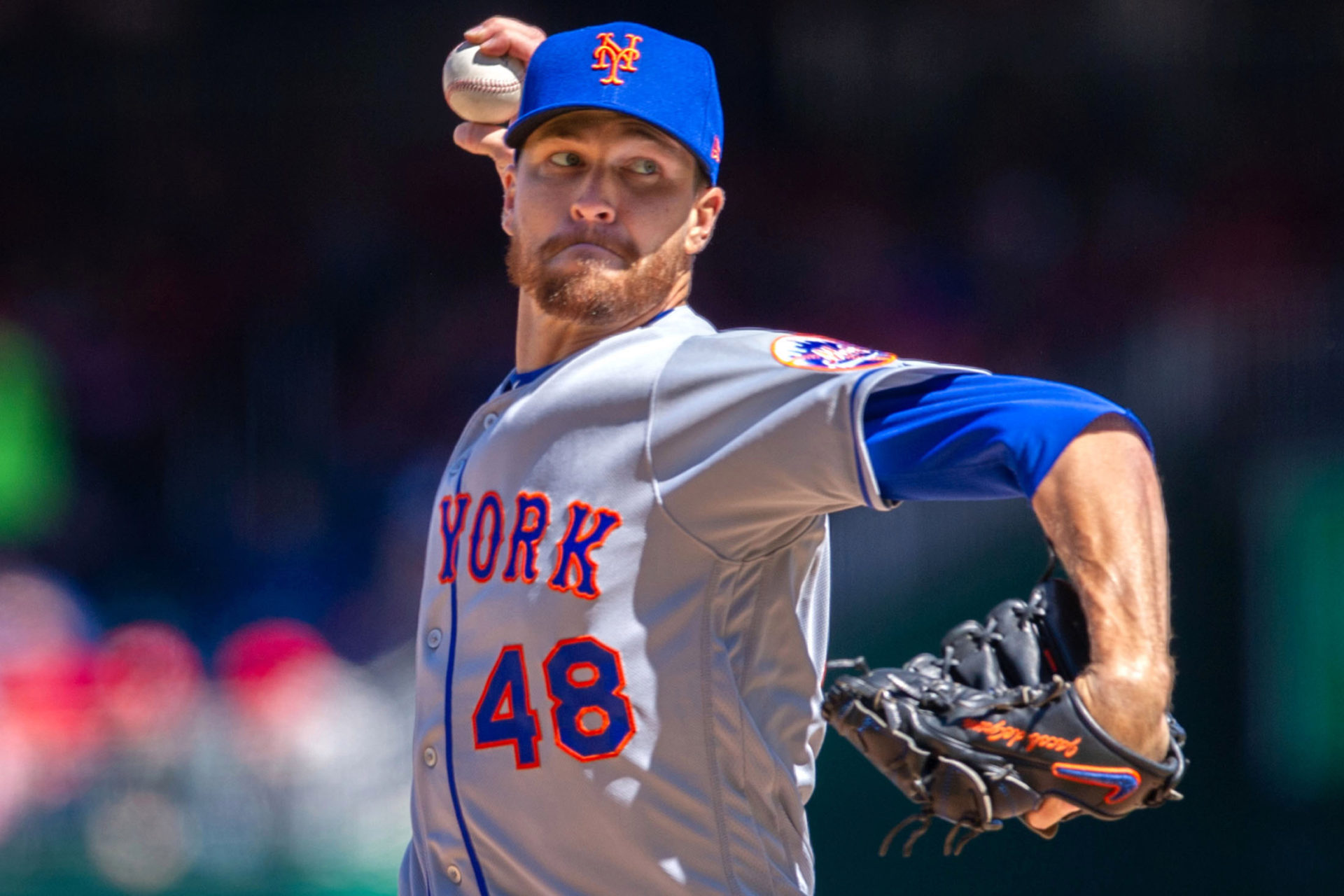 We took the always tricky getaway-Thursday off and are back with more MLB player props for Friday’s full slate of evening action.

Tonight we focus in on the reigning Cy Young winner in the NL, as Jacob deGrom looks to take advantage of a great matchup at home. Meanwhile, we’ll examine the strikeout lines on too lesser talents in Brandon Woodruff and Marcus Stroman in their respective matchups vs the Pirates and Diamondbacks.

We’re coming off a 2-1 card in our last article, while our subscription picks are on fire — 23-8 since May 30th. With NBA and NHL wrapping up, and our full season package price reduced, there’s never been a better time to hop aboard the K train.

This would be a no-play for me at this number if we were laying any juice, but at +105, it’s hard to pass up one of baseball’s best in the K department against a weak Rockies lineup.

We bet the over on deGrom in his last start when his line was curiously set at just 6.5, and despite being pulled with a hip cramp in the middle of the seventh in that one, we still got there.

The ailment isn’t thought to be anything serious – in fact, deGrom says the cramp was gone by the time he hit the bench – and now he gets a mouth-watering test at home against Colorado. Overall, the Rockies strike out more than all but seven teams, but their outlook is even worse on the road.

The Mets’ stud starter is cruising along at 11.1 K/9 while striking out 31.4% of the batters he’s faced in his last 20 starts. The numbers are down slightly from his Cy Young season of last year, but 8 Ks is well within deGrom’s range of outcomes against the Rockies, and I love the plus number we’re getting.

Woodruff will face the Pirates for his second-straight start tonight. The last time out didn’t go well for him, as he gave up 6 earned runs in 4 IP while striking out 5.

Despite the poor recent outing, Woodruff been a steady presence for the Brewers. Now 7-1 on the season, he sports a sturdy 10.54 K/9 mark and a 28.1 kRate with a 3.83 ERA. Before last week’s dud, he’d gone at least 5.0 innings in nine-straight games.

But it’s not just Woodruff that the Pirates have hit well against; they’ve been teeing off against most of the RHPs they’ve seen this season.

Meanwhile, in 43 career plate appearances against Woodruff, Pittsburgh is hitting .395 while striking out just 14% of the time. Their bats are white hot in general, as their .324 BA and .581 SLG% over the last three games leads the majors.

I think we push here a lot of the time at 6, but I like the chances of the Pirates getting to Woodruff early again in this one.

Another enticing plus number here on a pitcher who simply hasn’t been very good in the strikeout department, or any other area for that matter, this season.

Stroman looked great to start 2019, posting a 1.43 ERA in March and April while striking out 0.97 batters per inning and averaging 6Ks/game.

It’s been a different story since the start of May. In those seven starts, Stroman’s ERA has ballooned to 4.34. His strikeout rates have fallen off a cliff — 0.60 per inning and 3.29 per game in that stretch. In fact, Stroman has only had more than 4 strikeouts in just one of his last seven games.

The Diamondbacks are middle of the pack when it comes to strikeout rates, but they’ve been better against RHPs, striking out just 19.4% of the time. In 48 plate appearances against Stroman, Arizona is hitting .348 with a pristine 14.6 kRate.

Stroman has shown no signs of turning things around of late, and I’ll happily snap up the under on these plus odds.