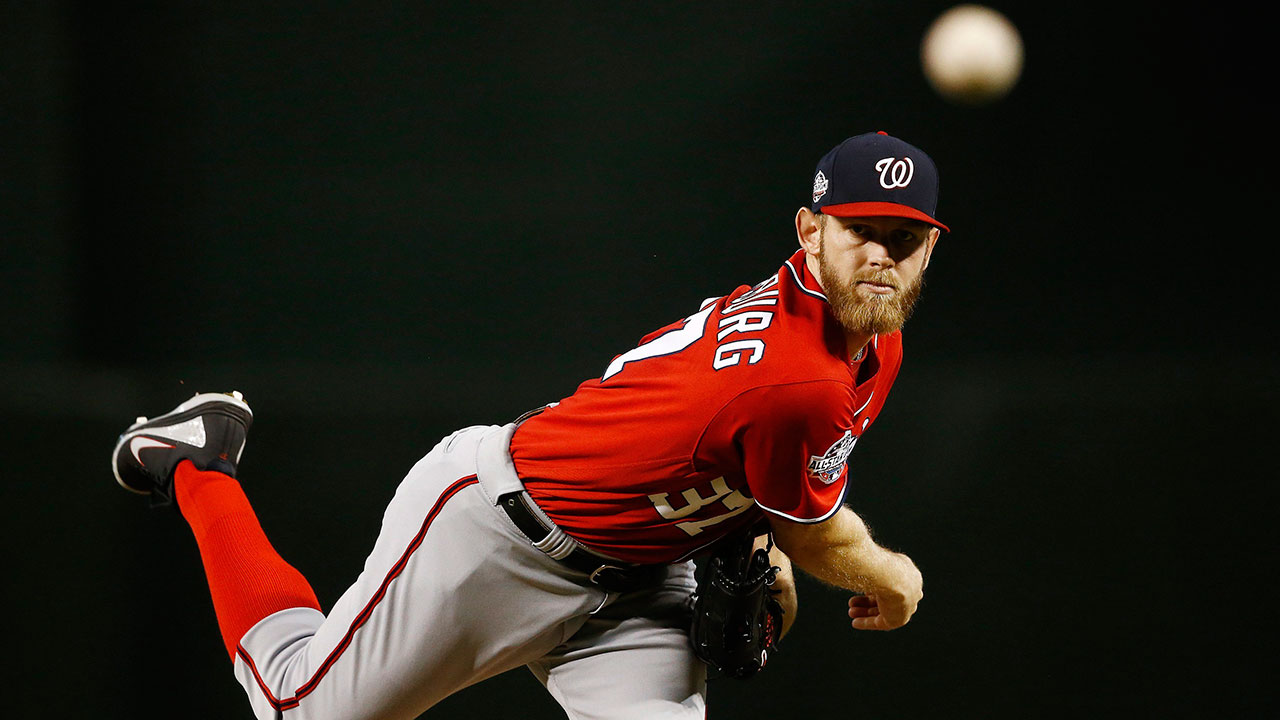 The Stephen Strasburg strikeout show heads to Milwaukee for a date with the Brewers in Tuesday’s (5/7) best MLB player prop.

It’s been more of the same for the dominant right-hander in 2019, as he is once again among the strikeout leaders in Major League Baseball. In fact, he is making a legitimate claim as the best strikeout specialist of his generation, if not all-time — in his last start, Strasburg became the fastest pitcher in history to reach 1,500 Ks, doing so in just 1,272.1 innings.

Tonight’s matchup against the Brewers is not an imposing one, and this Strasburg’s strikeout line seems suspiciously off.

Our free article picks are on a roll after a super sweaty cash on the Gerrit Cole over last night and an easy win on the Jose Quintana under the night before. Our overall record sits at 134-86 on the year. Sign up for the full package today and get the first week for free.

This is a slightly perplexing number considering Strasburg’s general dominance and the fact that he’s been on fire of late, hitting this number in six of his seven starts so far while averaging exactly 8 Ks/game on the year.

The Nationals ace is once again among the statistical strikeout leaders in the league. He’s:

Curiously, he ranks just 73rd in strikes thrown per inning with 10.1, but that speaks to his durability and longevity, which is a nice plus for us on this over. Strasburg is seventh among all starting pitchers in innings pitched per game with a 6.1 average, and he’s thrown over 100 pitches in each of his last three appearances, never lasting less than 6.2 innings.

Over his last 20 starts, he’s struck out 30.1% of the batters he’s faced, and there’s no reason to think he can’t keep that pace up tonight.

The Brewers strikeout at the seventh-highest rate in the league, fanning an average of 9.65 times per game. They have a below average kRate of 23.1%, and they’re even worse against righties, against whom they strikeout out 24.3% of the time.

Miluakee doesn’t pose much of a threat to be one of the few teams capable of chasing Strasburg from a game early, posting just the 16th-best batting average (.245), 15th-best on-base % (.321), while connecting for the 12th-fewest hits in the league.

Our model doesn’t put a ton of weight in individual batter vs pitcher matchups, but it’s worth noting that in 40 plate appearances vs Strasburg, the Brewers are hitting just .140 and striking out 40 percent of the time, an incredible kRate that you just don’t see very often.