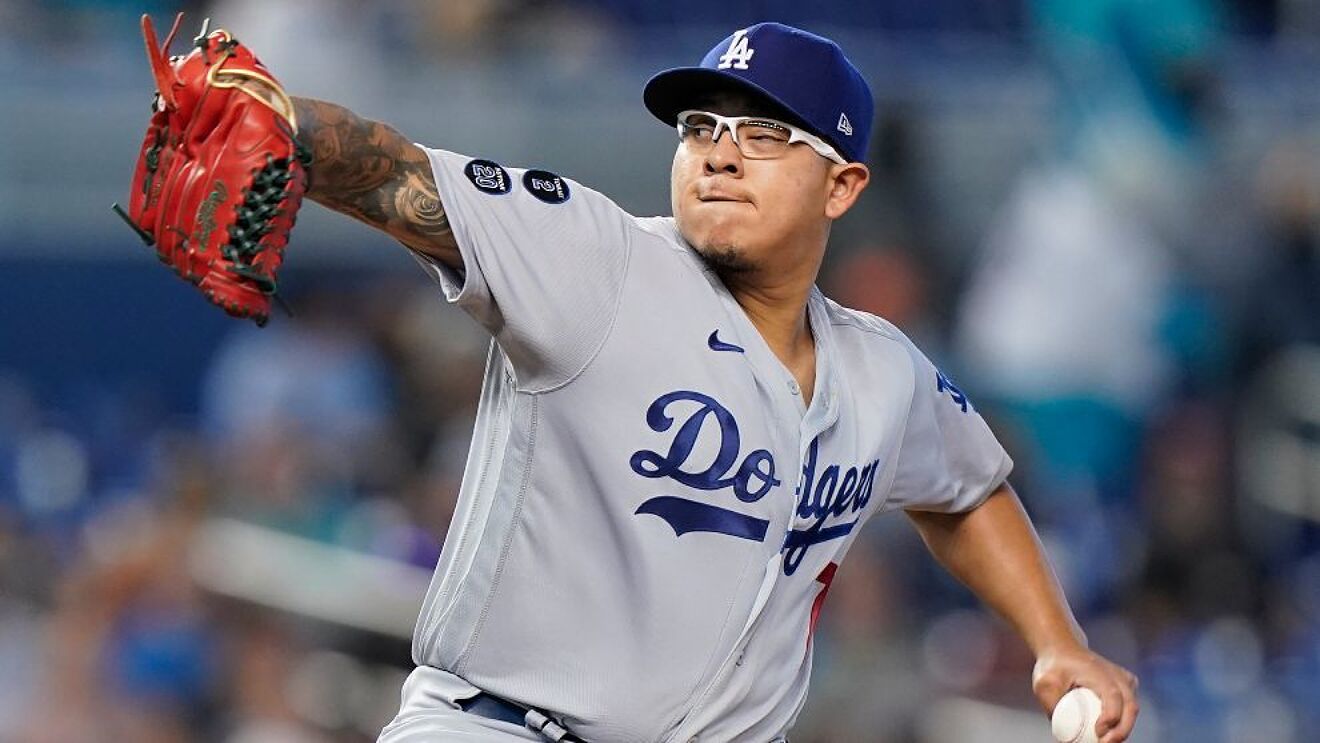 We’re absolutely loving the lefties vs Atlanta on MLB strikeout props today, and that makes Julio Urias a priority play.

As we’re about to find out, the Braves have been just about unbeatable when it comes to southpaws this season, and combined with Urias’ recent run, there’s plenty of value on this play.

Yet another win the last time out makes it 10-3 over our last 13 article plays, while our subscriber plays continue at an insane clip — 69.3% (104-46) since the crackdown in early June.

Note: We released this to subscribers at U6.5 (-140) this morning, but we still like the U5.5 down to -130. Join us at the link above if you always want the best lines alerted to your device.

Before we get to the Braves’ insane southpaw streak, it’s worth noting that Urias himself has been on quite the run of unders over the last three months.

It’s also worth noting that his most recent start came after a brief stint on the 10-day IL for a calf contusion. He only lasted 74 pitches in that one, despite being in the midst of a one-hit shutout, so while he may be back to a full load today, it’s also possible that his volume is slightly capped as he works his way back to full strength.

Atlanta’s been living large against lefties all year long, and that’s a significant angle on this play.

You have to go all the way back to June 15th to find the last left-handed pitcher to throw more than five strikeouts against the Braves.

Since then, they’ve held 20-straight southpaws to five or fewer Ks, holding them under their prop line 73.7% of the time. 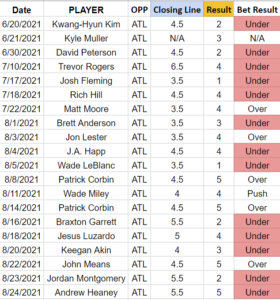 The average line for LHPs vs Atlanta in that stretch is 4.7, and the average result is 3.4, as those pitchers are falling short by 1.3 strikeouts, or 27%.

Will Urias become the first lefty to hit six-plus strikeouts against the Braves in more than two months? Considering he’s barely been touching that number himself, we’re happy to bet against it.