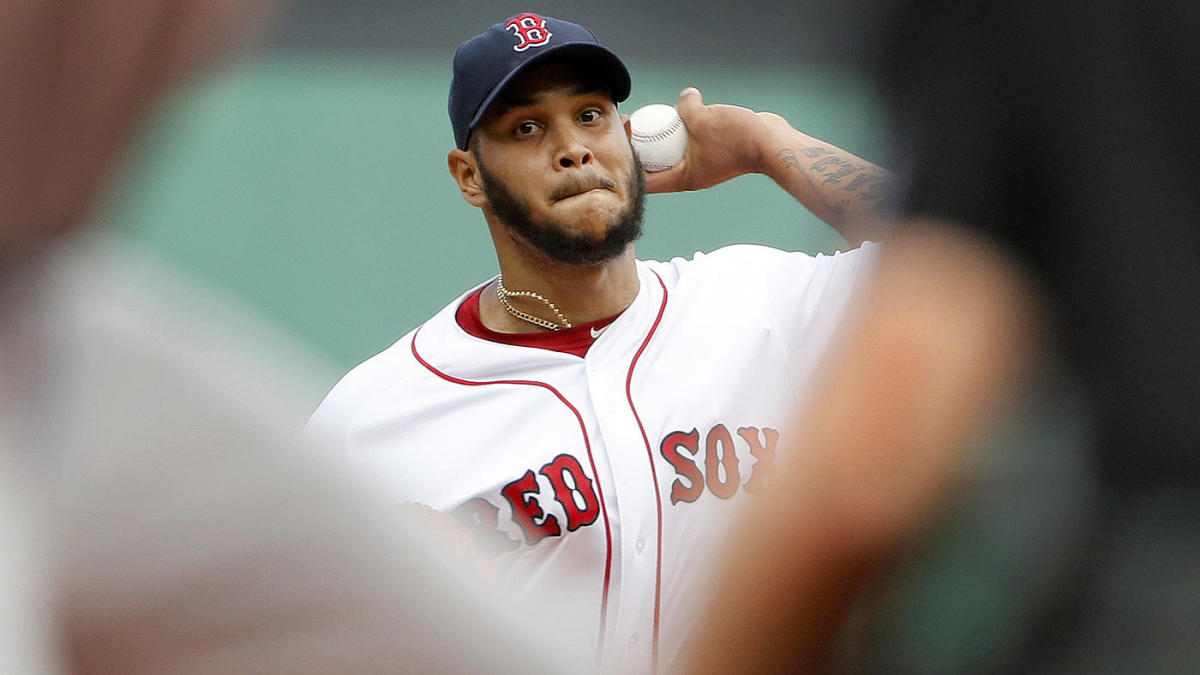 Wednesday’s baseball slate brings 11 evening games, and we’re breaking down two of our favorite MLB props for the occasion.

The Red Sox (40-35) turn to Eduardo Rodriguez to tame the Twins (48-24), who boast what may well be baseball’s best lineup, while Zach Greinke looks to build on a Cy Young-worthy season at home against the Rockies.

Our article card went 2-0 for the second consecutive night on Tuesday, giving us a solid 4-0 record on the week to go along with our 59% hit rate on subscription picks for the season. It’s never been cheaper to get on board our profitable K train, so sign up today for the rest of the season for less than 100 bucks.

The big Venezuelan takes the mound against Minnesota tonight looking for some consistency in an up-and-down season.

In his last start, Rodriguez managed just 4 strikeouts against the lowly Orioles (the 19th-worst K/9 rate in MLB). While he brings a 9.9 K/9 mark and a solid 25.5 kRate into this one, it’s been a rollercoaster ride to get there. 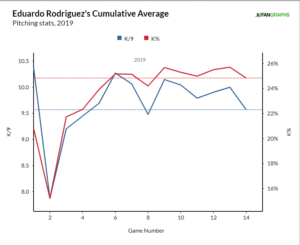 You never know quite what to expect from Rodriguez in the K department, but tonight’s opponent gives us a hint. The Twins are likely baseball’s most lethal lineup, scoring the most runs per game in the league (5.85), the second-most hits per game (9.53), while leading the league in batting average (.272) and slugging % (.507) in the league.

They also strikeout 7.88 times per game, the fifth-best mark rate in MLB. In 68 career plate appearance vs Rodriguez, the Twins are hitting .339 with a whopping .290 ISO and .432 wOBA.

Meanwhile, Rodriguez has been considerably worse in 2019 road starts than at home.

While this 5.5 line is a little low, I think there’s plenty of value here at a plus payout on the road against such a tough lineup.

He’ll once again be in the Cy Young conversation this season, but it’ll have nothing to do with his ability to strike batters out. Greinke is averaging 7.7 Ks/9 and ranks:

Over his last eight starts, the 35-year old veteran is averaging 4.88 strikeouts per appearance, including two matchups with the Rockies where he rung up four and six batters, respectively.

We just talked about the Twins plate prowess, and the Rockies are one of the few teams that can rival them. Colorado boasts the second-most runs (5.74/game), the best BA (tied for first with .272), and the third-best SLG% (.465). They do, however, strikeout 9.33 times per game, the seventh most in the league.

Still, with a .358 wOBA and .200 ISO vs RHPs, the Rockies are capable of making life difficult for Greinke tonight, especially at Chase Field, which has been the third-least-friendly stadium for pitchers this year.

Another factor working in our favor is Grenkie’s increasingly short leash — after hitting at least 100 pitches in five of his first seven starts, he’s failed to top 98 in any of his last eight.

At standard juice, I’d fade the under here, but at plus numbers, this prop is a solid value.