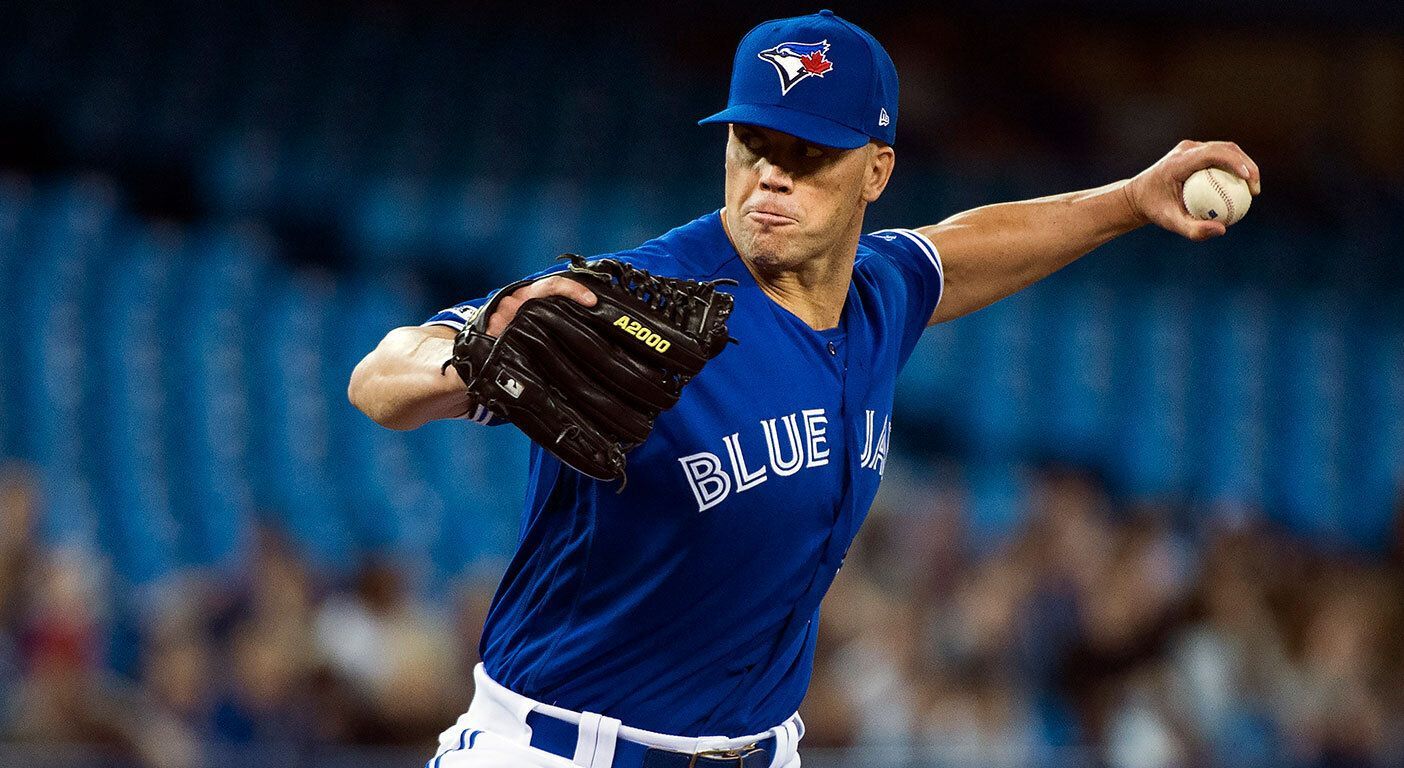 If you like baseball slates featuring big-name power pitchers, tonight is... not your night; still, we've keyed in on a pair of MLB props presenting some value for Thursday night's games.

We kick it off with a starter who will never be confused with a power pitcher, as the Blue Jays continue their attempt at tanking by trotting out 11-year journeyman Clayton Richard against one of MLB's best lineups tonight. We'll also look at Giants starter Madison Bumgarner in his rematch with the Dodgers. You know... the one that spawned a line of "Get it Out of the Ocean" t-shirts.

Despite going 1-1 on last night's card, we still turned a small profit thanks to both bets coming at plus odds. Our article plays are 5-1 on the week, while our subscription plays are humming along at 59% and now available for less than $100 for the rest of the 2019 season.

What do you get when you combine baseball's hardest team to strikeout with one of 2019's worst starting pitchers? The lowest line we've seen all season at an O/U of 2.5 Ks.

This number is silly, but we just can't resist. In his last outing, Richard had just 1 strikeout in 5 innings vs the Astros, baseball's second-hardest team to K. In 4 starts leading up to that, the 11-year veteran failed to last longer than 4.2 innings while averaging 2.75 Ks/game.

In his last two starts, Richard has allowed 14 hits and 12 runs over 7.2 innings, giving him a  7.52 ERA and 1.77 WHIP on the season. The former Padre seems to be regressing as the season progresses. 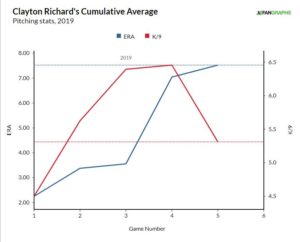 Richard pitches to contact, with his 54.8% groundball rate dwarfing is 12.6 kRate.

We saw last night what can happen when a sub-par, contact pitcher faces the Angels, who strikeout just 6.15 times per game in road contests, the best in baseball -- the Jays' Aaron Sanchez had 0 Ks through 3.2 innings before getting the hook in Wednesday night's game.