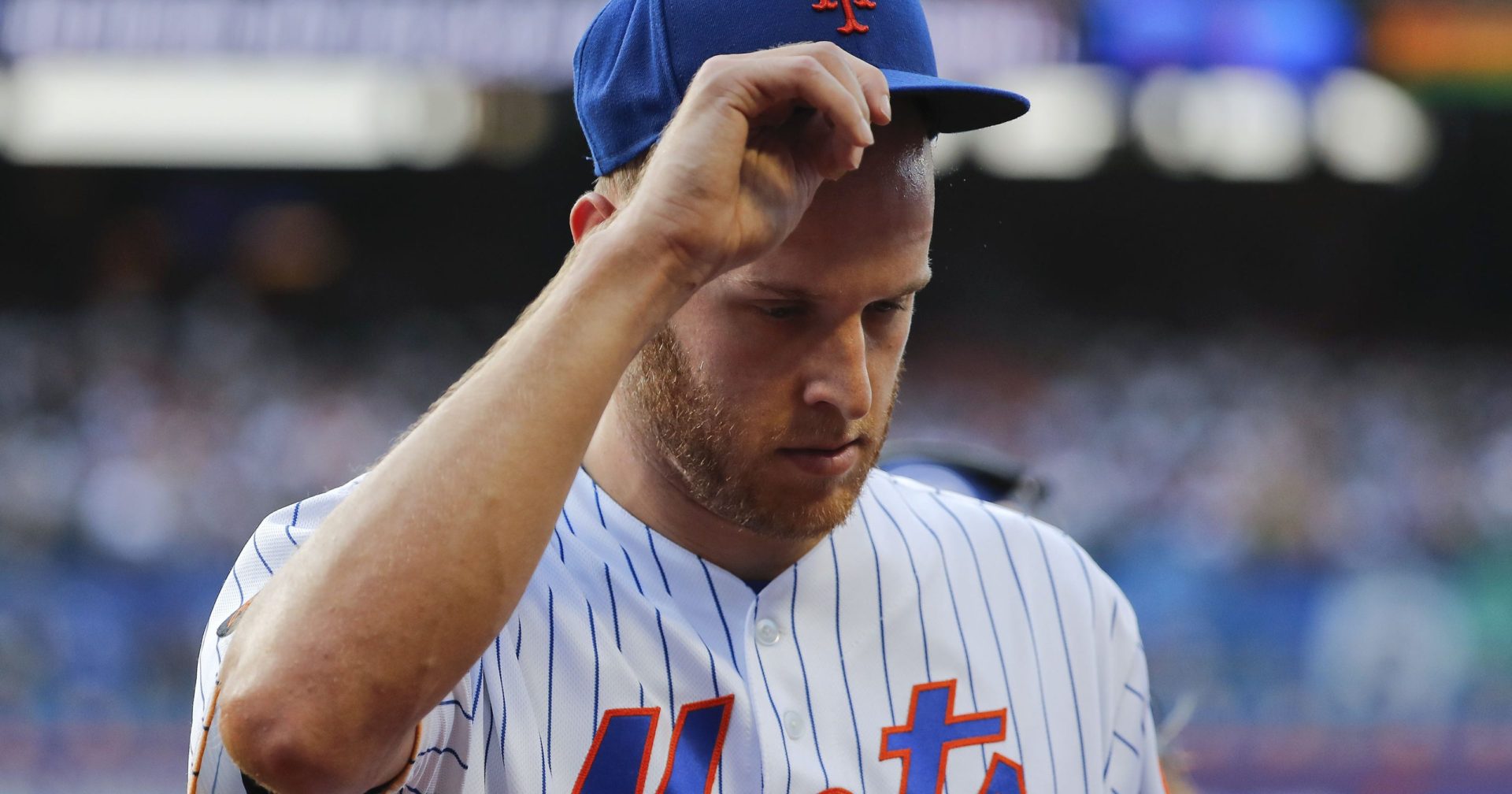 We’re already nearing in on the halfway point of the 2019 season, and so far our MLB player props have been bringing a steady stream of profit with a 226-161 record.

For Monday’s slate, we’re targeting the hottest offense in baseball as the Atlanta Braves face off against Mets righty Zack Wheeler. We’ll also dive in on Yankee’s starter Masahiro Tanaka as he makes his third start of the year against the Tampa Bay Rays.

When last we met, we posted a 0-1-1 record for Friday’s card, but our subscription picks went 4-0 over the weekend. The price of our full-season picks package is now just $99.99, and with NBA and NHL calling it a wrap, there’s never been a better time to join.

Wheeler is coming off one of his worst starts of the season, taking 94 pitches to get through 4.2 innings against the Yankees while giving up 10 hits and 9 runs and striking out 6.

While his kRate is holding steady at 26.2% over his last 20 games, the 29-year-old righty has now given up at least 3 runs in six-straight starts, and he ranks in the bottom 15 percentile in barrelled balls over the past month. That includes 11 home runs surrendered over his last six.

The wheels have fallen off for Wheeler of late, and the Braves are anything but a get-right spot right now. Atlanta is 9-1 in its last 10 and come in as a -156 favorite in this one.

The Braves may well boast the hottest lineup in baseball right now, with their position players ranking first or second in a number of offensive categories in the month of June.

On the season, the Braves are hitting for .351 wOBA and .206 ISO against RHPs, most recently piling up 15 runs against the Phillies in Sunday’s game.

They haven’t been spectacular in the strikeout department — their 8.54 Ks/game is just the 10th-best mark in MLB, but the red-hot hot bats combined with Wheeler’s recent funk is going to make it hard for him to last long enough to hit 7 strikeouts in this one.

Tanaka has been a steady presence for the pinstripers all season with a 3.58 ERA and 1.18 WHIP.

The six-year veteran has been consistent in the strikeout department, too, as we really haven’t seen much variance in those numbers — Tanaka has had either 5, 6, or 7 Ks in 10 of his 14 starts (71%). Other than an early-season spike in walks, you could set your watch to Tanaka’s 2019 strikeout rates. 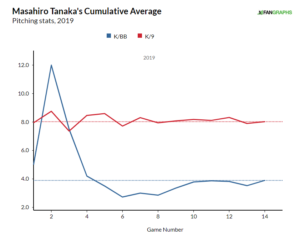 Recent history suggests that we’ll see something between 5-7 strikeouts again tonight, and with this 5.5 line, we’ve got the better part of those outcomes covered.

Tanaka has already faced the Rays twice this season, posting 7 and 6 strikeouts in back-to-back starts last month. Over 108 career plate appearances vs Tanaka, the Rays are striking out at a 25.9% rate while they’ve struck out 21.7% of the time vs RHPs this season.

Tanaka’s Yankee’s are also a solid -135 favorite tonight, giving him the opportunity for a longer start.