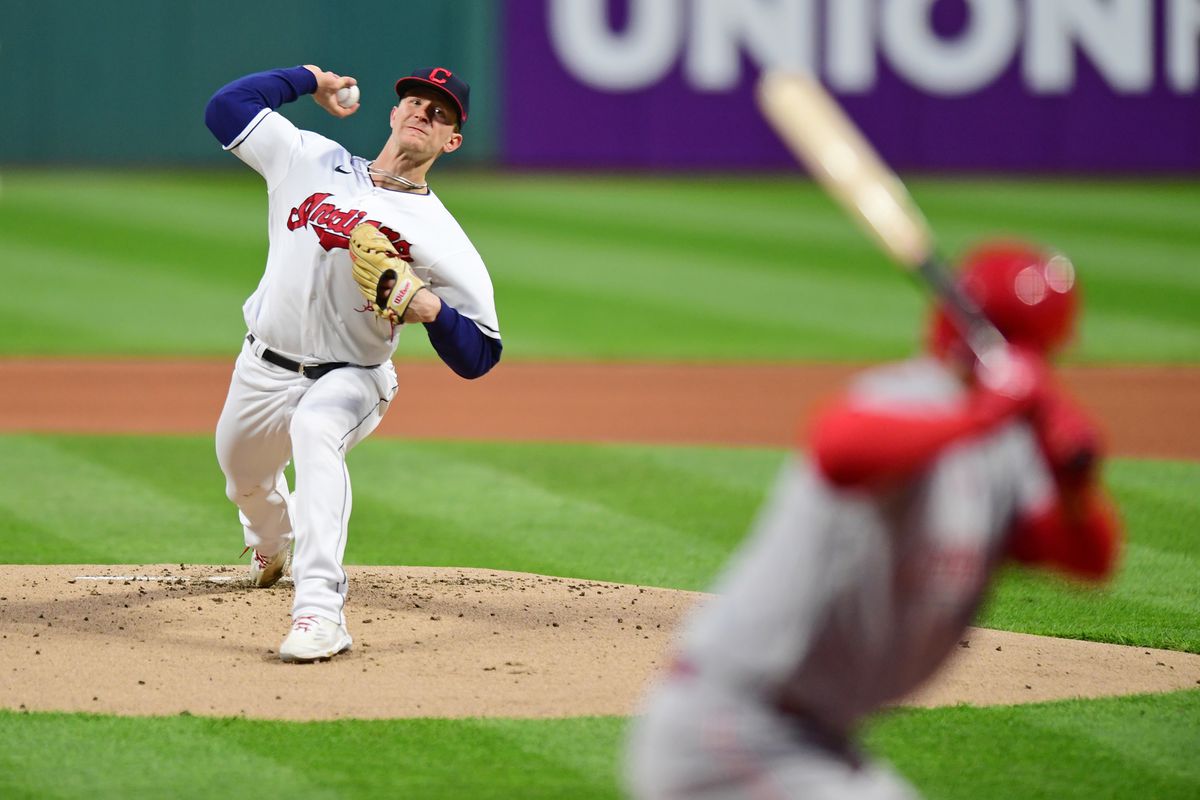 We tell you how and why to attack this Zach Plesac prop as the Cleveland hurler takes on the Texas Rangers on Wednesday.

The third-year pro has been underwhelming at best, and he faces an equally underwhelming lineup; however, it’s one that doesn’t K a ton.

Get in on our NFL Early Bird Special today. We’ve hit over 60% in each of the last two seasons, doing it with the consistency and transparency that other handicappers can’t touch.

It’s tempting to believe Plesac is back after ringing up six and nine strikeouts in consecutive starts earlier this month, but then you remember those both came against the Tigers, who rank 28th in K% this season.

Other than that, the 26-year old hasn’t hit this number once in six starts since retutning from the IL in early June after hurting his thumb by, erm…. “aggressively ripping off his shirt.”

He’s averaging 3.8 Ks per start in that stretch, even including those two gems vs Detroit, displaying a decline in spin rate that has plagued a lot of pitchers since the MLB crackdown on foreign substances.

It’s not like he was hot before the injury either. In total, he’s hit this number just five times in 18 starts this year, and against the closing total on his K Prop line, he’s going under 80% of the time.

Much like the Royals, whom we broke down earlier this week, the Rangers field a weak lineup that tends to make a lot of contact.

They have the second -worst wRC+ over the past month (73), yet are striking out just 20.8% of the time, the ninth-best mark in the majors over that stretch.

That combination has made them one of the best under bets on K props all season:

Plesac is getting a little too much love from the markets after those two outings against the Tigers, presenting a nice value opporunity for us here. We’d play it down to -130.