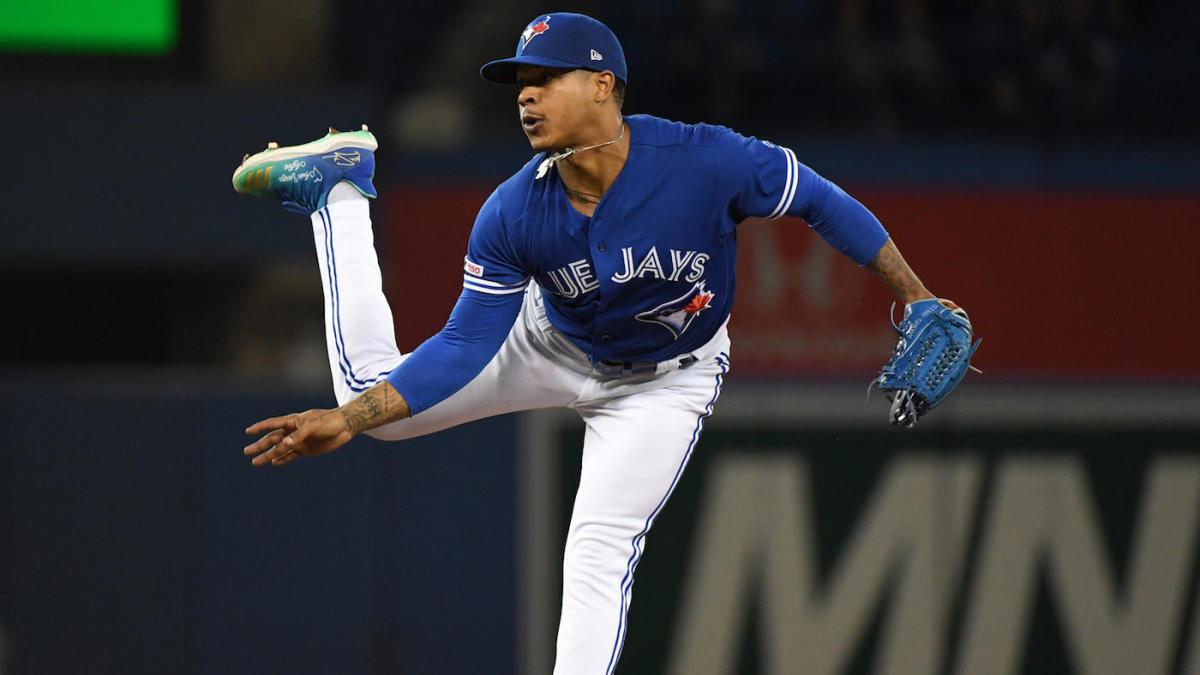 Tuesday’s MLB props bring a tough slate of games, with no obviously bad lines popping out from the pack.

Jacob deGrom’s matchup with the white-hot Braves is intriguing, as is David Price taking on a tough Twins lineup. But ultimately, both of those matchups feel like coin flips, so instead, we hone our focus on the two most consistently difficult lineups to strikeout in MLB this year — the Angels and the Astros.

We’re coming off an easy 2-0 card on Monday after the Braves predictably battered the Mets Zack Wheeler and Masahiro Tanaka came through with one of the best starts of his career, hitting double-digit Ks. For all our picks, get the full subscription picks package for the rest of the season for just $99.99.

We played the under on Stroman in his last start, and it took one of his best outings of the year to hit the over in his final inning… by just half a strikeout.

Tonight, the number remains the same at 4.5 Ks, but the opponent (and sadly, the vig) is a completely different story. The Angels are the hardest team in the majors to strikeout out a (6.55/game), and they’re even tougher on the road, where they strike out just 6.16/game.

Stroman has actually been quietly effective in 2019, ranking well above league averages in hard contact, average exit velocity, average distance, and barrelled balls, while both his ERA and WHIP are well down from 2018.

Against the Angels, 4.5 is too generous, and I think this line should be O/U 4 Ks.

This is a very similar play to the Stroman prop. While DeSclafani has a better kRate than Stroman over his last 20 starts (23.7%), he’s also facing an extremely tough Houston lineup tonight. The Astros 6.93 Ks/game mark is the second-best in MLB behind the only Angels, but their bats do more damage than Los Angeles.

For his part, DeSclafani’s early-season strikeout success has fallen off — he’s had 4 or fewer Ks in five of his last six starts after averaging 6.29/game over his first seven. 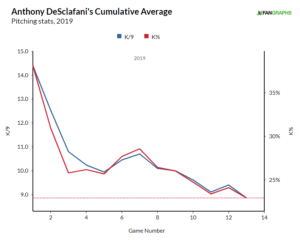 The Reds are a big +160 underdog in this one, and the Astros have an implied run total of 4.7. They’ve hit righties hard all season long and going back over their last 150 games, Houston is striking out just 15.9% of the time.

This line of 4.5 is fair considering DeSclafani’s decent 23.6 kRate, but I’m lean towards the under given the very difficult matchup.