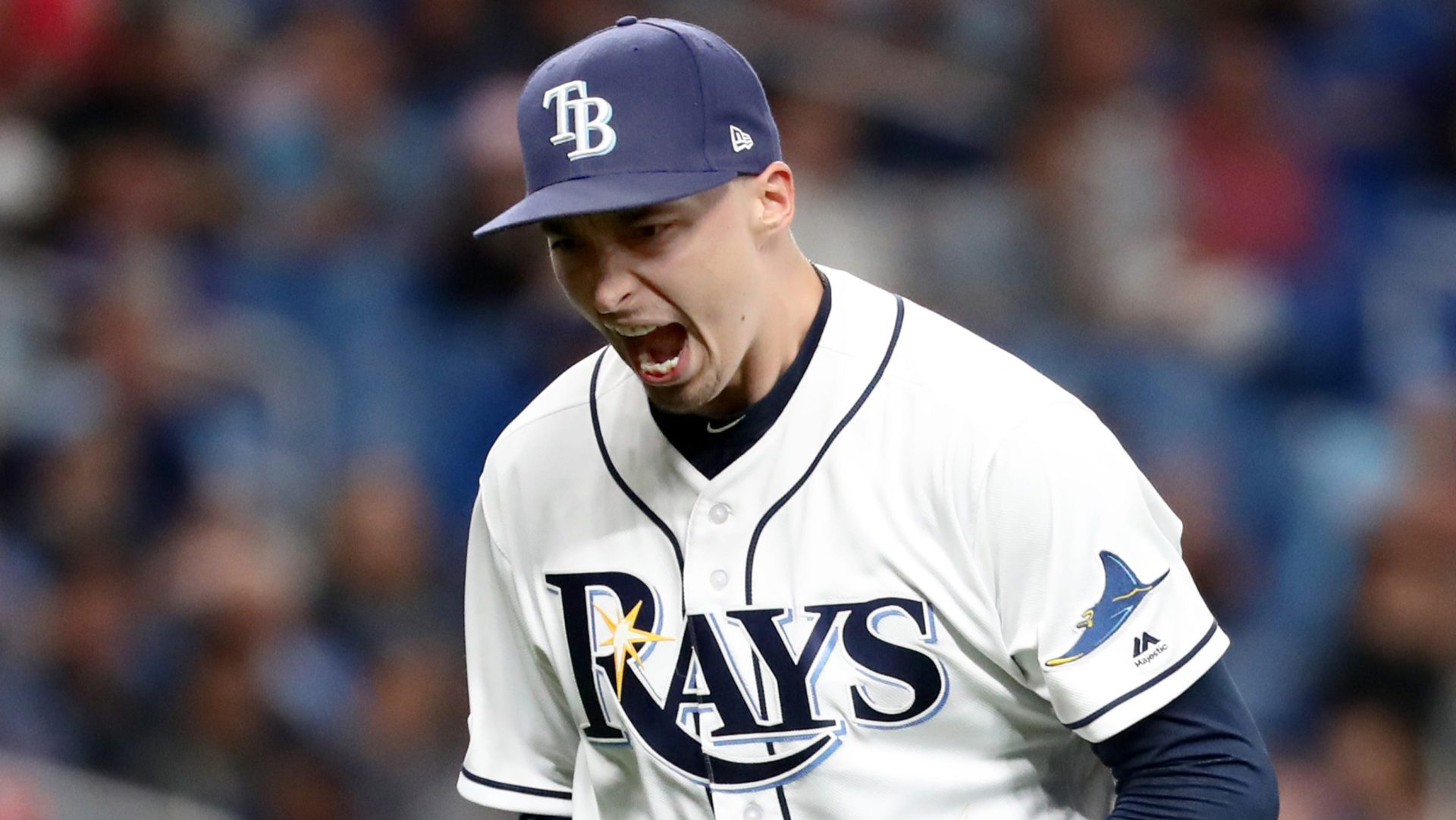 The Rays lefty has fallen off a cliff this season and faces an extremely tough test against the Yankees this evening. Meanwhile, we'll also dive in on Jays rookie Trent Thornton as he faces the Red Sox in Boston.

We're coming off a 2-0 card in our last article, and our subscription picks have settled in at a 59% win rate on the year. Let's continue to print as we head into the second half of the season.

Strikeouts are about the only thing that've gone right for Snell on the season. While his kRate in 2019 has hit a career peak of about 33%, unfortunately for him, his ERA is hitting new heights. 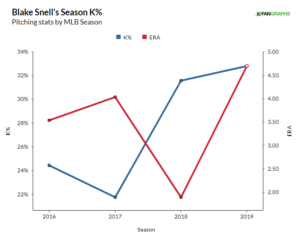 A nice strikeout rate is great, but it doesn't matter much if you're getting shelled and chased from games on a regular basis. After a decent start to the year, the reigning Cy Young winner has fallen apart in seven starts since the beginning of June:

Two of those starts came against tonight's opponent, the New York Yankees, including that infamous June 19 meltdown where Snell allowed 6 earned runs in 0.1 innings. His most recent start also came against the Yankees -- and while Snell was much better in picking up the win, he still managed just 5 Ks in 5.0 IP.

The Yankees are among the best hitting teams in baseball, scoring the second-most runs per game in the league. Lefties are no exception, as New York has posted a .346 wOBA & .207 ISO vs southpaws this season.

Snell's strikeout season ceiling is as high as anyone's, but until he's put some distance between himself and this current funk, I'll keep targeting his unders against tough lineups like this one.