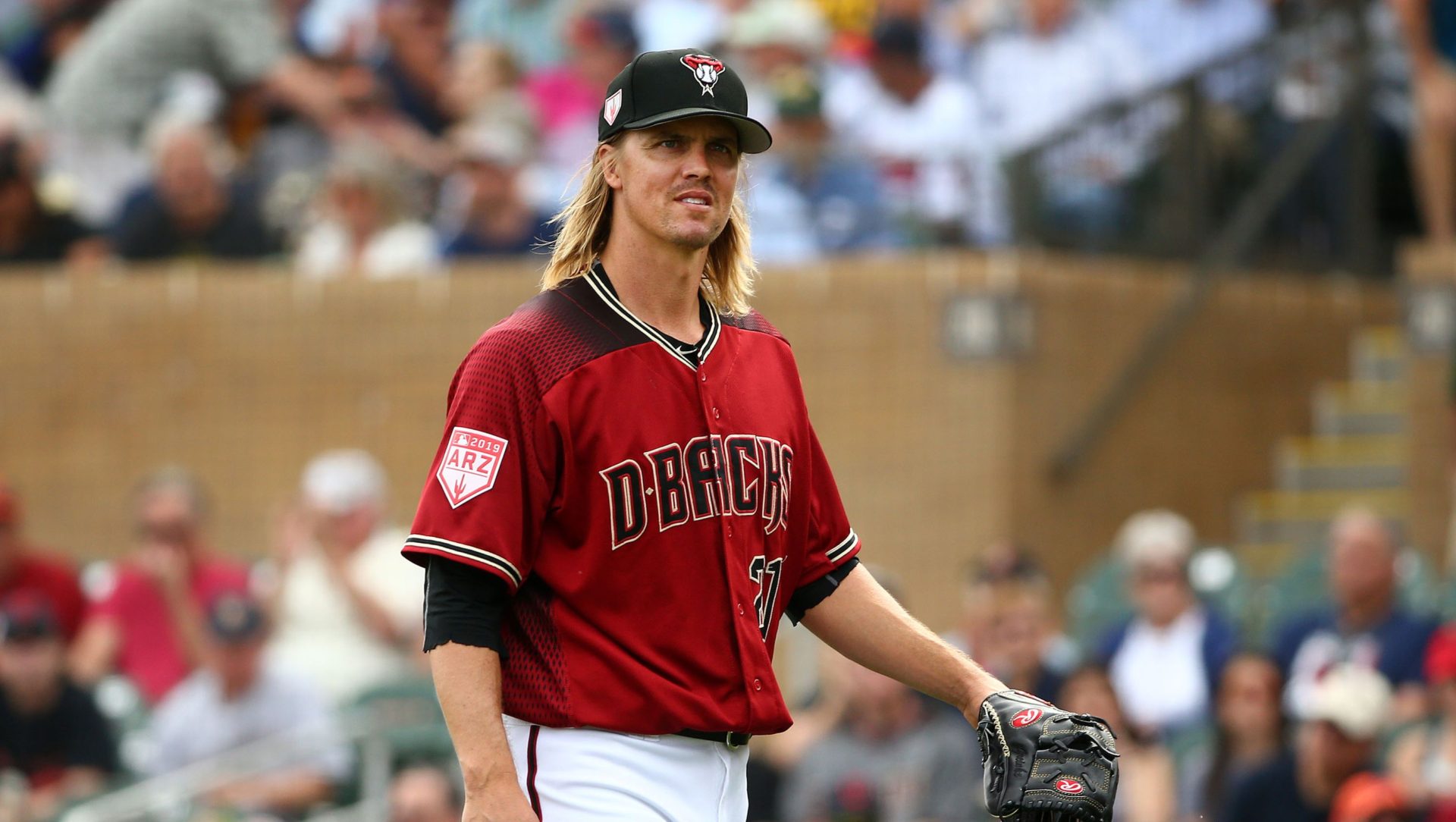 Tuesday night brings a sizable slate of 15 games, all of them evening affairs, and we’re breaking down three of the best MLB player props, including strikeout lines on Zack Greinke, Eduardo Rodriguez, and Chris Archer.

We’re coming off a push on last night’s pick; Patrick Corbin probably could’ve come out for one more inning, considering he was still under 100 pitches, but we’ll settle for the tie.

After an undefeated Monday, our subscription plays are now going 163-120 on the season. Sign up for the full package today and get the first week for free.

Greinke has been lights out for Arizona this year, especially of late, posting an ERA of just 1.09 over his last six starts. He’s 6-1 on the season, giving up just 8 walks to 62 total strikeouts.

So why am I on the under tonight? I think there’s a decent chance that Greinke doesn’t put in a full night’s work tonight after leaving his last start on Friday with an abdominal strain.

Zack Greinke was on a roll, but apparent discomfort will end his day. Let's hope it's not serious. pic.twitter.com/IHFE3KPxLc

The MRI revealed nothing serious. Greinke threw a bullpen session the will be back on the mound without missing any time.

“I just knew something was wrong and didn’t want to take the chance of hurting it more,” he told the Associated Press after the game. “At first I thought it was an oblique thing, but it seems to be in a different spot.”

While there’s no word of Greinke being on any pitch count tonight, the Diamondbacks are right in the thick of the wildcard race and would be wise not to take any risks with their ace.

He’s coming off a 10K outing against a poor Rockies lineup and once again gets a good draw tonight against the Blue Jays.

Rodriguez has struck out 26.7% of the batters he’s faced in 2019 and has gone over 100 pitches in three straight games. He’s owned the Jays in his career, albeit in a small sample, striking out 10 of 30 batters for a phenomenal 33.3 kRate.

Shop around and see if you can find a line of 6 Ks anywhere, but I still like the value at plus odds on 6.5.

Archer may have the talent, but he’s struggled with control, consistency, and injuries so far in 2019.

He was rusty and got rocked in his first start since returning from the 10-day DL on Wednesday after suffering a thumb injury on April 26th. Archer gave up seven runs and lasted just 3.2 innings last Wednesday against the Diamondbacks. The biggest concern is the walks — he gave four batters a free pass in that start and now has an underwhelming 34:16 K/BB ratio on the season.

Walks could be a problem once again tonight with umpire Todd Tichenor behind the plate — he calls 6.55 BB/9, 1.05% above the league average.

It’s true that tonight’s opponent fields a bad lineup, but the Rockies have actually been pretty decent against right-handers with a .338 wOBA and good power numbers at .204 ISO.

After allowing at least six earned runs in each of his last two starts, Archer needs to prove he’s back to form before he becomes worthy of an over again.