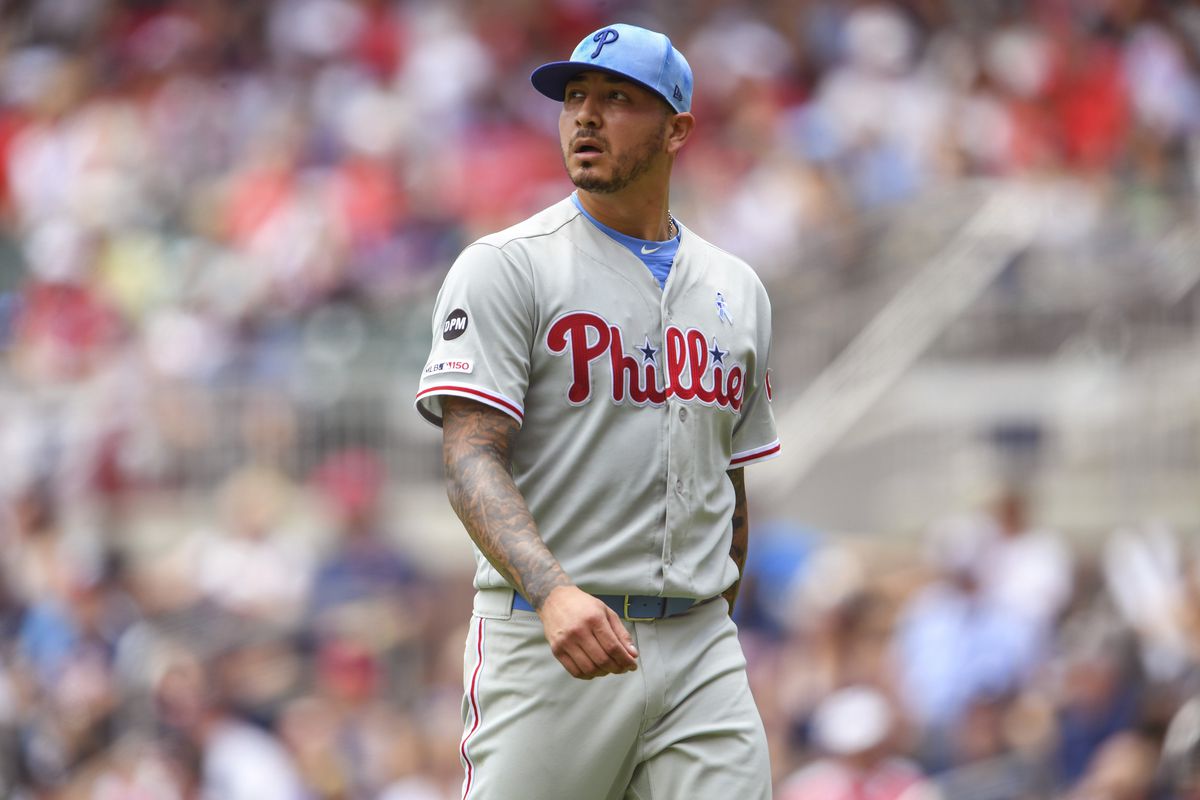 We’re focusing on Vince Velasquez props for Tuesday’s 15-game schedule. While Velasquez has thrown 64 strikeouts across 57 innings pitched, we’re looking into why he could have another difficult outing against the Marlins.

Fading Velasquez is one of my favorite plays of the day, and here’s why.

The former second-round pick started the season in the bullpen but has quickly transitioned back into his starting role. He’s had some solid stretches on the season, but that last month. May has ended, and with that began a cold streak for Velasquez.

Numbers like that would make it difficult to pitch deep, as Velasquez has thrown less than 90 pitches in his last five starts.

The Marlins can be rough at the dish but have improved in the strikeout department. Over the last 30 days, the Marlins have lowered their K% from 25% to 22%, which is the 18th-lowest in the MLB across that span. The improvement is evident in their last 25 games where 52% (13/25) of the starters went under 5.5 Ks.

The Marlins have been getting more barrels on balls making it difficult for pitchers to record strikeouts. It’s also important to note that nine of the 12 starters who eclipsed five strikeouts went deeper than five innings.

Velasquez pitched six quality against the Marlins back in May, and still stayed under six strikeouts.

The Marlins have been on the incline while Velasquez continues to fall.

With right-hander failing to be able to pitch deep in his recent starts, look for the under in his start against the Marlins.