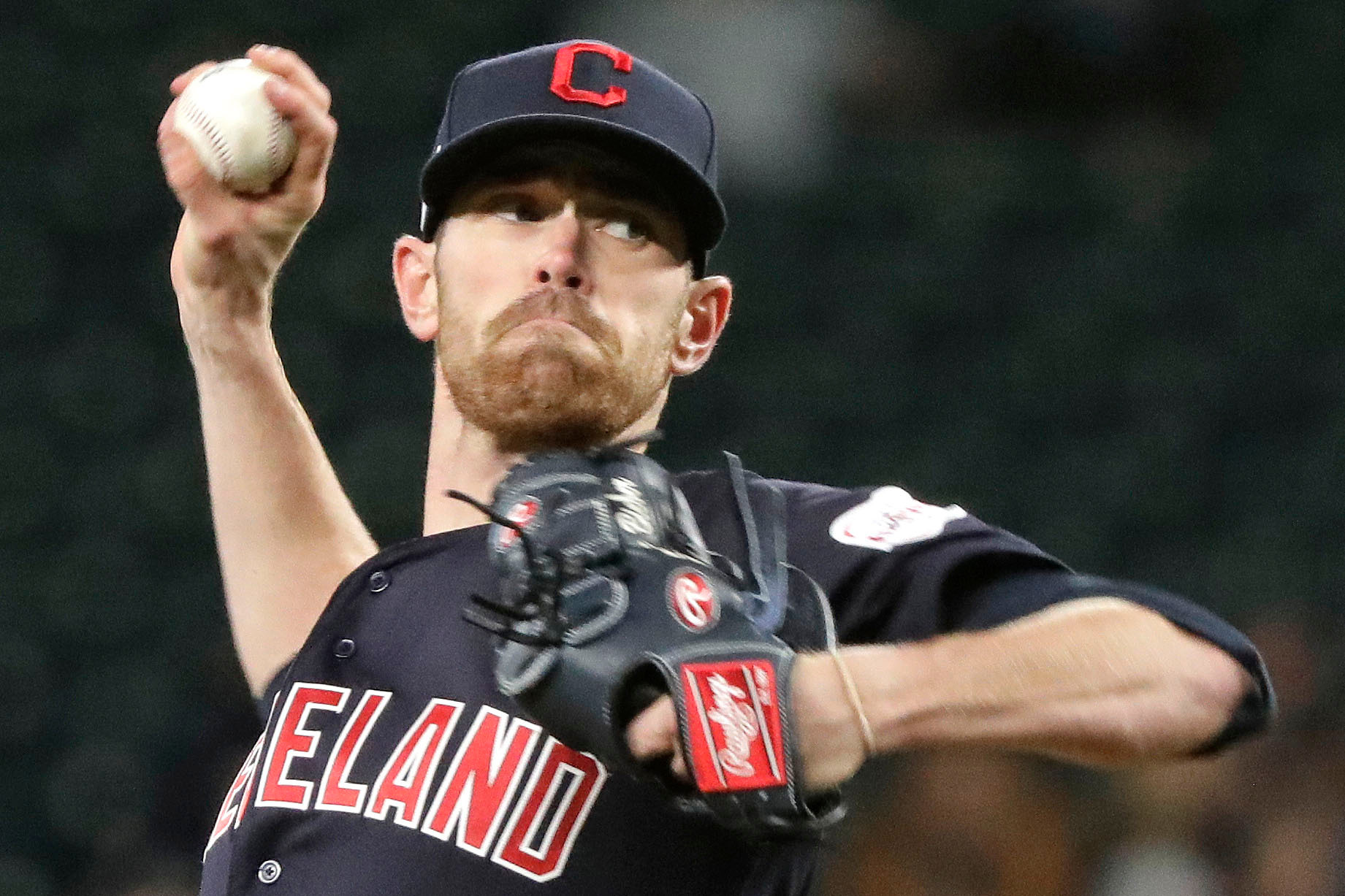 Tuesday’s top MLB props come from a trio of games in what is a jam-packed 15-game slate.

We’ll examine the strikeout over/under lines for three guys who may not be big names but look to be providing some betting value tonight. Shane Bieber faces the powerful Twins, while two guys who’ve had their recent struggles – Drew Smyly and Jerad Eickhoff – look to get their seasons back on track.

Last night’s card went 1-1 as we had a complete misread on Walker Buehler while Robbie Ray easily hit the over. Meanwhile, our subscription picks are on a 16-5 tear, and our season total sits at a profitable 204-147.  Join up and get the first week for free!

Bieber has the ability to hit double-digit strikeouts any time he takes the mound; in fact, he’s done just that in two of his last three starts.

But he’s also been hit hard over the last month, and the Twins field the kind of lineup that can beat up even the best of pitchers. On the season, the Cleveland starter is among the worst in baseball when it comes to exit velocity (93.5 mph — bottom 5% in MLB) and barrelled balls.

Most barrels allowed in MLB:

After giving up 3 home runs and two doubles and 6 earned runs in over 5 innings in his last start, Bieber’s ERA has ballooned to 3.67 on the season, which ranks 40th among starting pitchers.

Things don’t get any easier against the Twins tonight, who currently have the most lethal lineup in baseball.

Even against lesser lineups, Bieber has gone under this 6.5 number in 7 of 12 starts on the season.

We’re paying a pretty price to get this number, but it’s one that appears to be at least half-a-strikeout too high.

Smyly has exactly 4 strikeouts in each of his last four appearances and has had 5 or fewer strikeouts in 6-of-7 starts on the season while averaging just 4.3 Ks per game. His best outing was an 8-K day against, oddly enough, the Houston Astros, who have the second-lowest strikeout/game rate in MLB.

Other than that, Smyly has eaten up the unders all season long.

It’s not just that he doesn’t strike out many batters, it’s that he’s been very poor on the season. Smyly now has a 6.98 ERA and 1.65 WHIP after his most recent appearance, a 5-inning relief effort (he was passed over for the start) in which he surrendered 7 earned runs on 8 hits and 3 walks.

The matchup tonight against Baltimore is not great for our under, particularly considering the Orioles’ 28.6% kRate against lefties. However, Smyly’s home park in Arlington has been the second-worst place for pitchers this season, which is a check for us.

But the bottom line is this bet is all about a bad number on a bad pitcher.

After a decent start to 2019 for Eickhoff, the wheels have fallen off of late, particularly when it comes to the long ball. After giving up 0 home runs in his first five appearances, the right-hander has been lit of for 10 dingers over his past four starts to go along with an ugly .763 slugging & and an 8.35 ERA in that stretch.

The strikeouts haven’t been there either, as he’s failed to fan more than five batters in any of those four starts (averaging 3/game).

Road starts have been particularly brutal for Eickhoff, where he is striking out just 1.63 batters for every walk surrendered.

He’s on the road again tonight against a Padres team that that does strike out a lot — 9.78 Ks/game, the second-worst mark in MLB.

But they also hit right-handers hard with a .182 ISO on the season, while averaging the 10th-most home runs per game at 1.48, which we know has been Eickhoff’s Achilles of late.