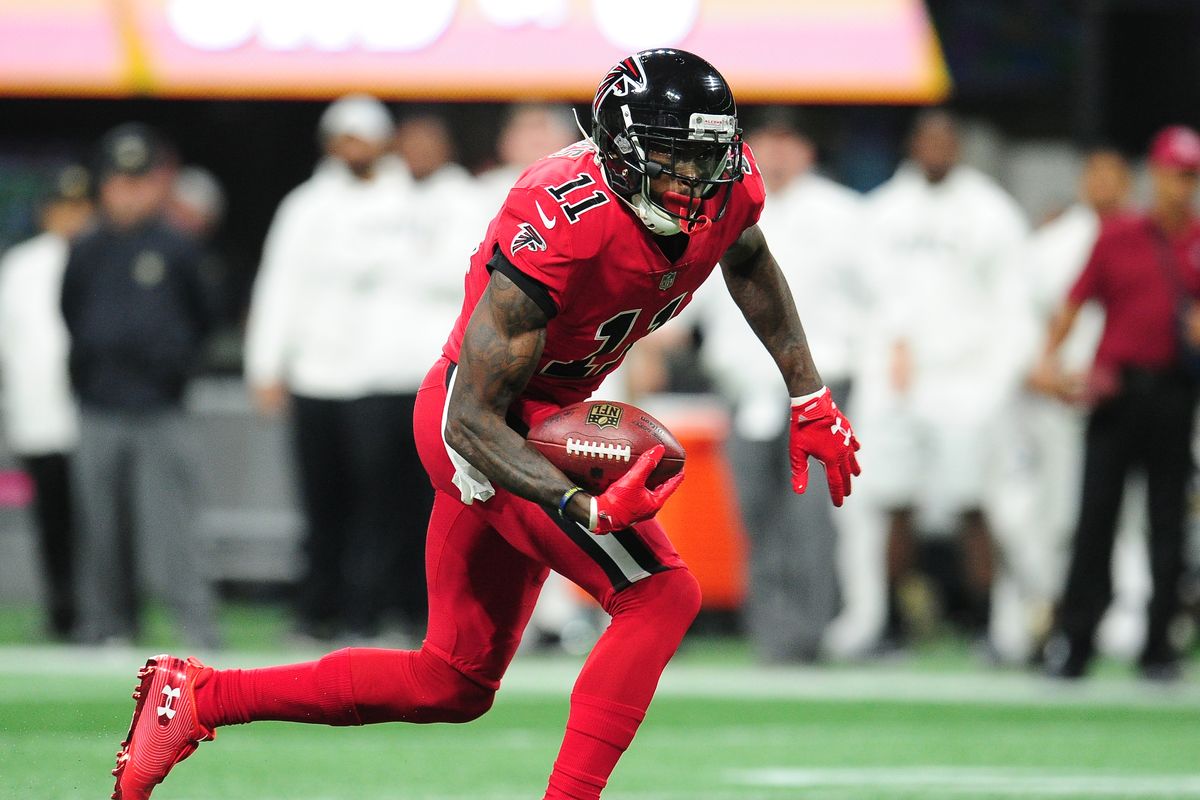 Welcome to Week 9 player prop bets. We already ran down some of the best head to head props for the week, as well as some best bets from the main slate.

Now let’s dive in a little deeper with a look at one specific game, the intriguing matchup between Washington and Atlanta, and namely, the TD-stricken Julio Jones.

Is this the week he finally finds the end zone?

Julio has scored 43 TDs in 102 career games, nine of which were multi-TD games. So he’s only scored a TD in 33% of his games, and 0 so far this year. He’s scored in two games going back a season and a half.

Dating back to 2017 when Steve Sarkisian became the Falcons OC, Julio has only scored in eight of his last 37 games, roughly 22%. We only need to be right about 61% of the time to profit here.

Even if he was to project at his career rate, the line would still be off by 5%. In addition, he faces the #9 DVOA pass defense in the Redskins who, outside of a bad primetime road performance against the saints, have held opponents to scores of 6, 21, 17, 17, 17, and 13.

Julio is one of the top WR’s in the league and is nearly unstoppable between the 20s, but I plan to take advantage of his TD allergy every week until the math tells me otherwise.

Side Note: The odds were -130 last week and will likely continue to get worse.

Chris Thompson is inactive for this one, paving the way for another heavy workload for Peterson. In home games and in wins he has averaged over 17 carries per game.

Conner has a tough matchup with the Ravens No. 1 rush defense and is projected for 74.1 rush yards, but his median is likely much lower. He was held for 19 yards on 9 carries when they met in Pittsburgh earlier this year.