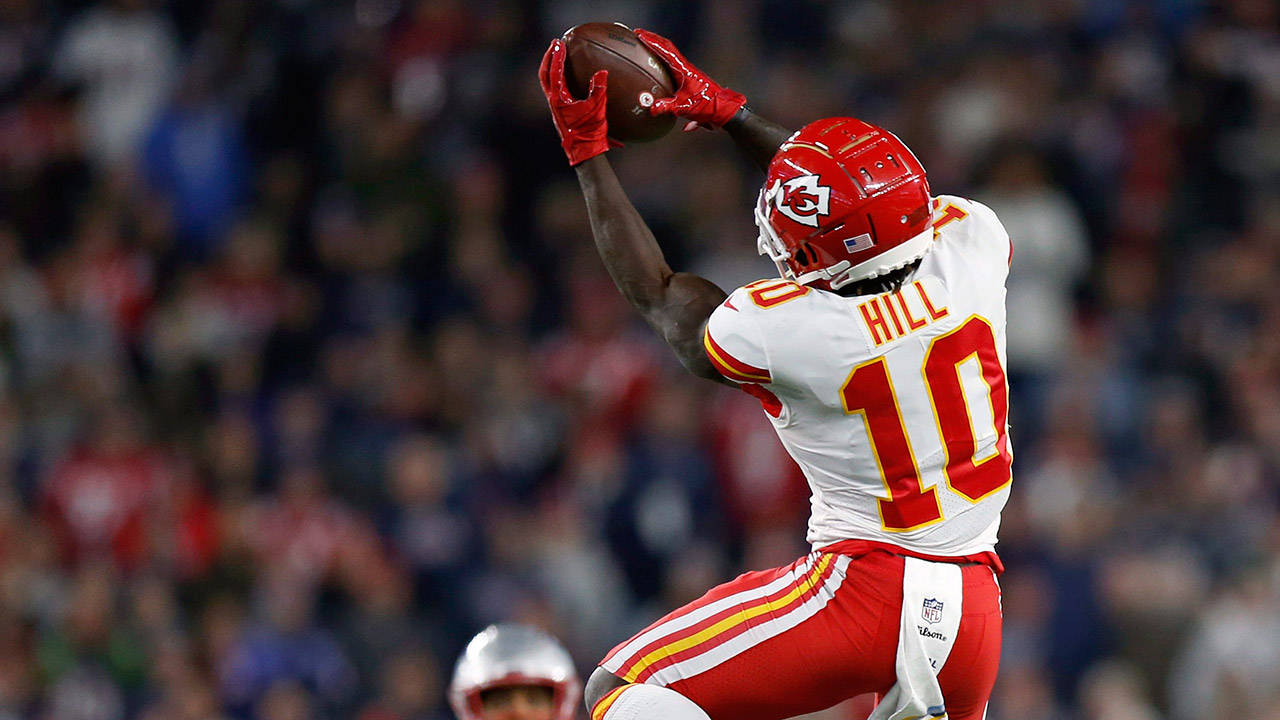 Our best Broncos Chiefs prop bets on Thursday Night Football are not for the faint of heart.

Strap in. Fading the league's most explosive offense and, in particular, freaks like Tyreek Hill isn't healthy for the heart, but it can be great for your bankroll, especially against the stingy Broncos and premier shut-down corner Chirs Harris.

Expect a relatively slow pace in this one. These teams combine for the third-fewest snaps of any matchup this weekend (both at 64 per game), as the Broncos play keep-away by running the ball, something KC's opponents have been able to do with great success this year.

We're heating up in primetime of late, sweeping the Monday night card as well as last Thursday night's slate. On the season, our prop plays are 86-54 (61.4%) for a profit of +24.57 units. Join us here and start building that bankroll in the NFL's most inefficient betting market!

Don't expect this one to be any fun to sweat, but do expect it to make a profit in the long run.

Hill's numbers take a serious hit any time he matches up with this division rival. In five career games against Denver, he's posted yardage totals of 52, 0, 38, 54, 70, failing to reach this 74.5 threshold even once while averaging 39% fewer yards against the Broncos than the rest of the league. 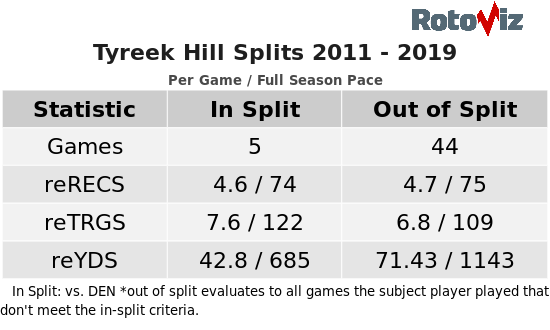 Hill also carries the burden of playing on a short week while coming off a relatively serious clavicle injury. He played on just 50% of the Chiefs snaps in his return against Houston last week, and there's no guarantee he'll return to full-time action tonight.

When he is on the field, he'll face off against one of the league's best cornerbacks.

Only two WRs have cleared 75 yards against the Broncos through six games -- Tyrell Williams (105 yards) and Marquez Valdes-Scantling (99), while they've otherwise stifled stars like Davante Adams (56), DJ Chark (44), and Allen Robinson (41). On the season, they've surrendered the fourth-fewest yards to opposing WRs.

I'm expecting the Broncos to follow the same blueprint the Texans and Colts have used to beat the Chiefs the last few weeks -- use the run game to keep Mahomes and the Texans off the field and dominate the time of possession.

That's what the Broncos offense is built to do, and it should work to slow the pace and limit Hill's overall opportunities.