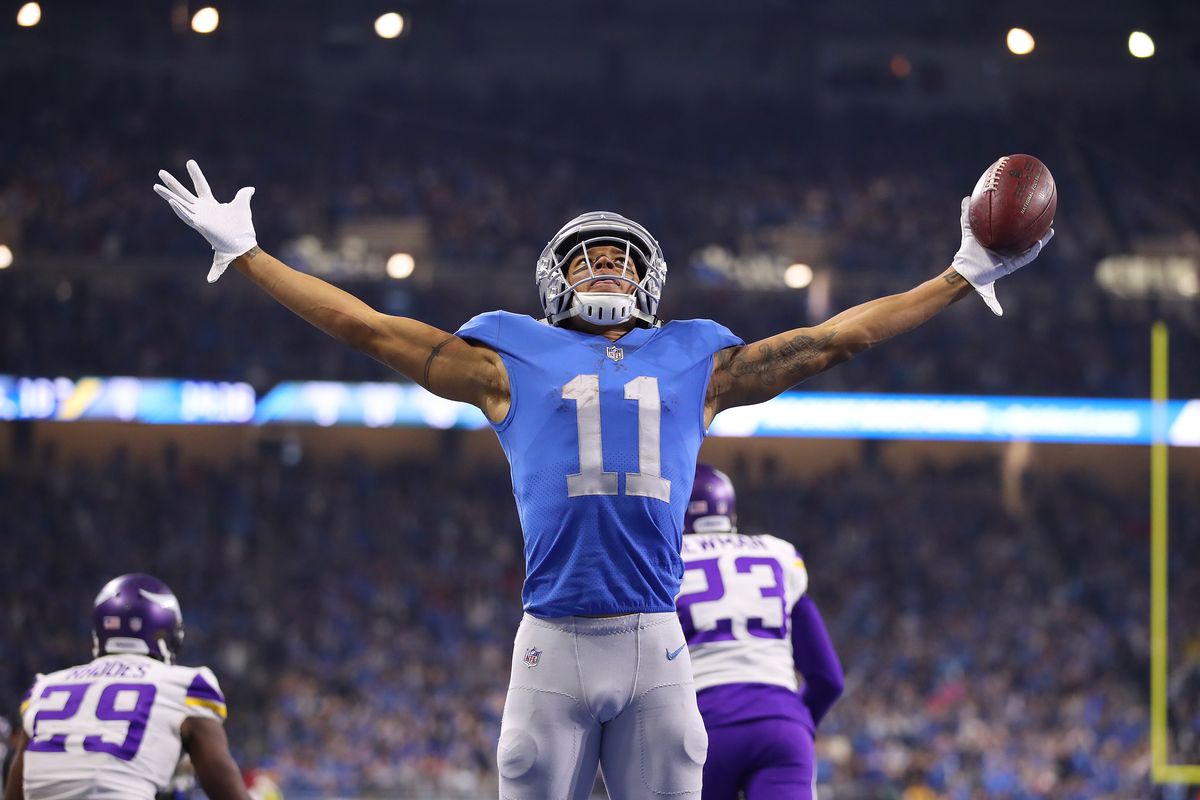 With six teams on a bye and several key players questionable, it’s not a week for the feint of heart.

I’ll outline some of my favorite plays for the week here, but as we get a better picture of who’s healthy and who’s not, we’ll be adding more picks on Twitter.

A great spot for Marvin Jones just got better with reports that Vikings cornerback Xavier Rhodes, a familiar shadow for Jones, suffered a setback with his high ankle sprain on Friday.

Rhodes is a game-time decision, opening up the prospect of elevated efficiency to go along with expanded opportunity for Jones.

Given Jones’ game-breaking ability, even the tiniest uptick in targets could make a huge difference to his bottom line.

He shredded Minnesota for 109 yards on 6 receptions last year, and this figures to be another a high-paced affair.

I believe this line should be closer to 70 yards, and I’d freely play to to that number.

Washington is elite against the run — only the Saints have surrendered fewer rushing yards — but they are more vulnerable to receiving backs.

The Skins cede 41.8 receiving yards per game to opposing RBs (11th best in the league), and six targets per game (16th best).

Smith hasn’t exactly been lighting it up in that department, but 12.5 is such a tiny number that it won’t take much to hit the over. Since Week 3, the Falcons’ fourth-round pick is averaging  17.4 receiving yards per game on 2.3 receptions, a 40 percent difference between the betting total and a baseline expectation.

We’ll have more picks coming soon via The Action Network. Stay tuned for a link.