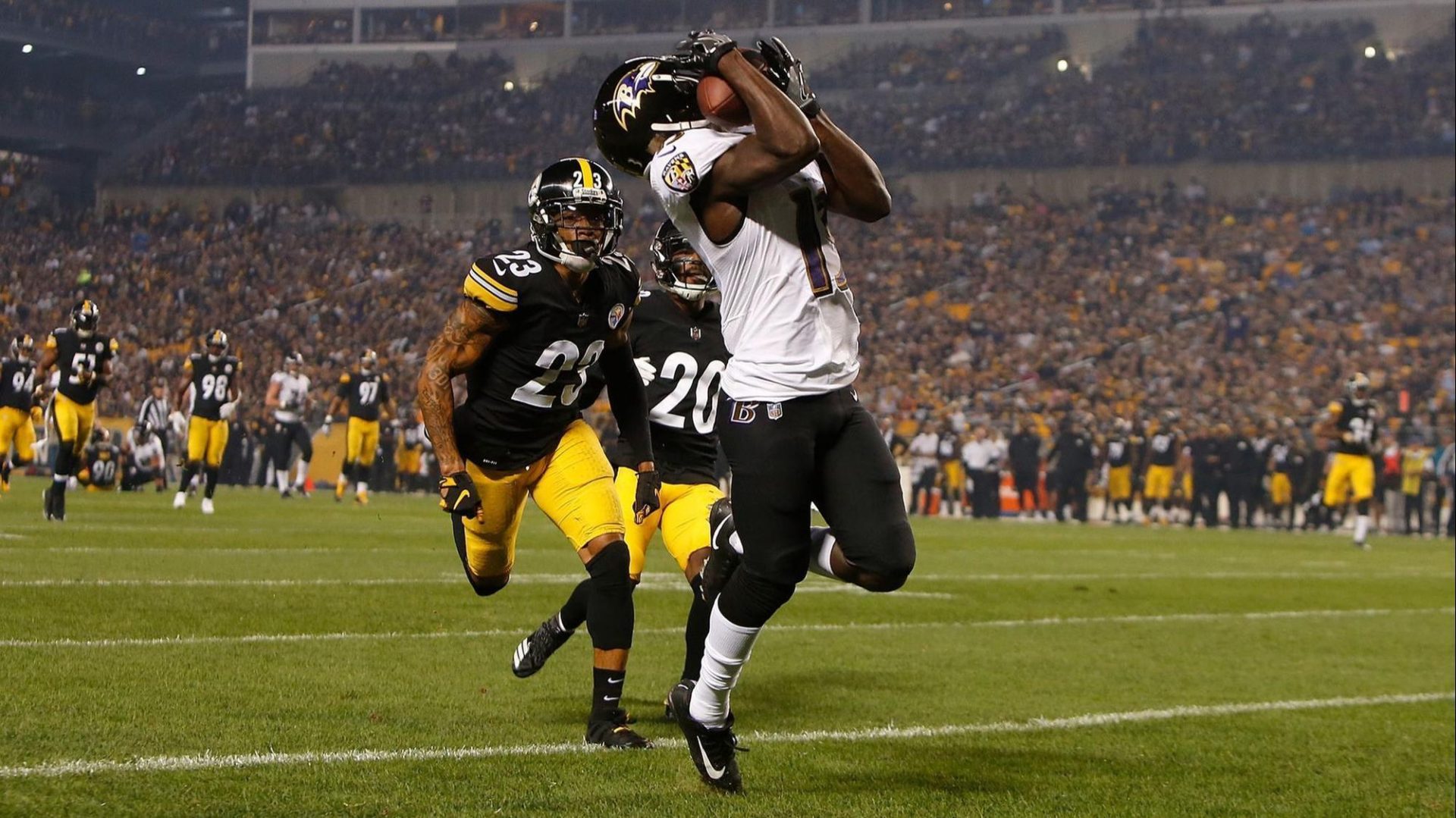 Last week, John Brown was the key to another winning card.

You may as well just bet John Brown > The World this week.

Brown’s profile continues to be overlooked despite putting up the most Air Yards among all WRs over the past two weeks by a full 12.3%.

Brown’s outlook only improves against a Cleveland secondary which just lost its starting right corner.

The Jaguars are the best defense in the league vs TEs, and it’s not close. They surrender an average of just 25 yards per game, holding elite TEs Evan Engram to 18 yards and Rob Gronkowski to 15 yards.

You can find another pick over at the DFS Karma companion piece and we’ll have more to come throughout the weekend on the Twitter.

Bortles heads to K.C. for a tilt with the league’s best offense. Coming off a 388-yard outing against the Jets, I like this spot for Bortles for a couple of reasons: 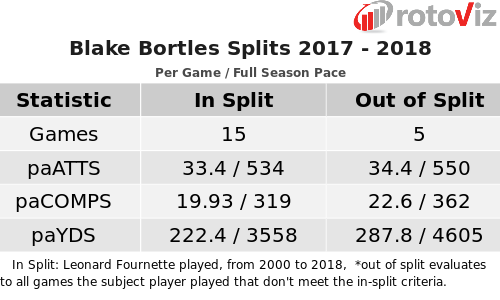 Bortles passes for an average of 222 yards per game with Fournette, and 288 yards without.

It’ll be tough for Tannehill to find the kind of volume he’ll need to keep pace with Bortles.

Rodgers may be the GOAT, but even he has his limits.

The Packers QB could potentially be without all three of his top receiving options this weekend in a key divisional game against the Lions.

Davante Adams, Randall Cobb, and Geronimo Allison have all been slapped with the questionable tag. Adams sounds likely to play, but his it’s fair to wonder how effective he’ll be.

And it’s not like Rodgers has lit up the Lions over the years. In his last three visits to Detroit, he has passing totals of 300, 273, and 162 — not bad, but not great by his standards. Meanwhile, limited by a knee injury, Rodgers is averaging 282 yards on the season.

Smith, meanwhile, is in a dream spot — facing one of the worst pass defenses in football on the league’s fastest track. It’s the same spot which prodded 246 yards from Tyrod Taylor and 417 yards from Ryan Fitzpatrick.

Armed with a stout run defense and an elite passing game, the Saints are going to force Smith to the air.

Jeffery returned to the lineup with a 8-105-1TD line against a tough Titans pass defense. Now he faces a team he’s blasted in recent years.

Jeffery averages 9.4 percent more yards against Minnesota than everyone else. 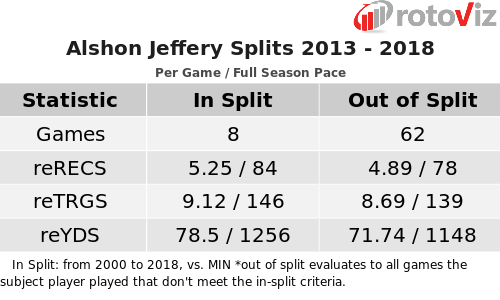 Thomas is averaging 42 receiving yards per game and has yet to eclipse 68 yards. He’s never been less effective at any point in his career.

Cook leaders the Raiders in targets and yards, while pacing all TEs in receiving yards with 370 in four games.

Both Cook and Cooper have been the epitome of boom or bust so far.

Based on their respective match ups, however, I’m leaning towards a Cook blow-up week, especially since we’re getting odds on this bet.

Cooper will draw shadow coverage against Pro Bowl CB Casey Heyward, who held the WR to just one catch the last time they met.

2018’s breakout TE, Cook faces a defense which just got gashed by George Kittle for a 125 yards, losing starting linebacker Kyzir White along the way.

He rates as the best passing outlet in a game where the Raiders are five-point underdogs.