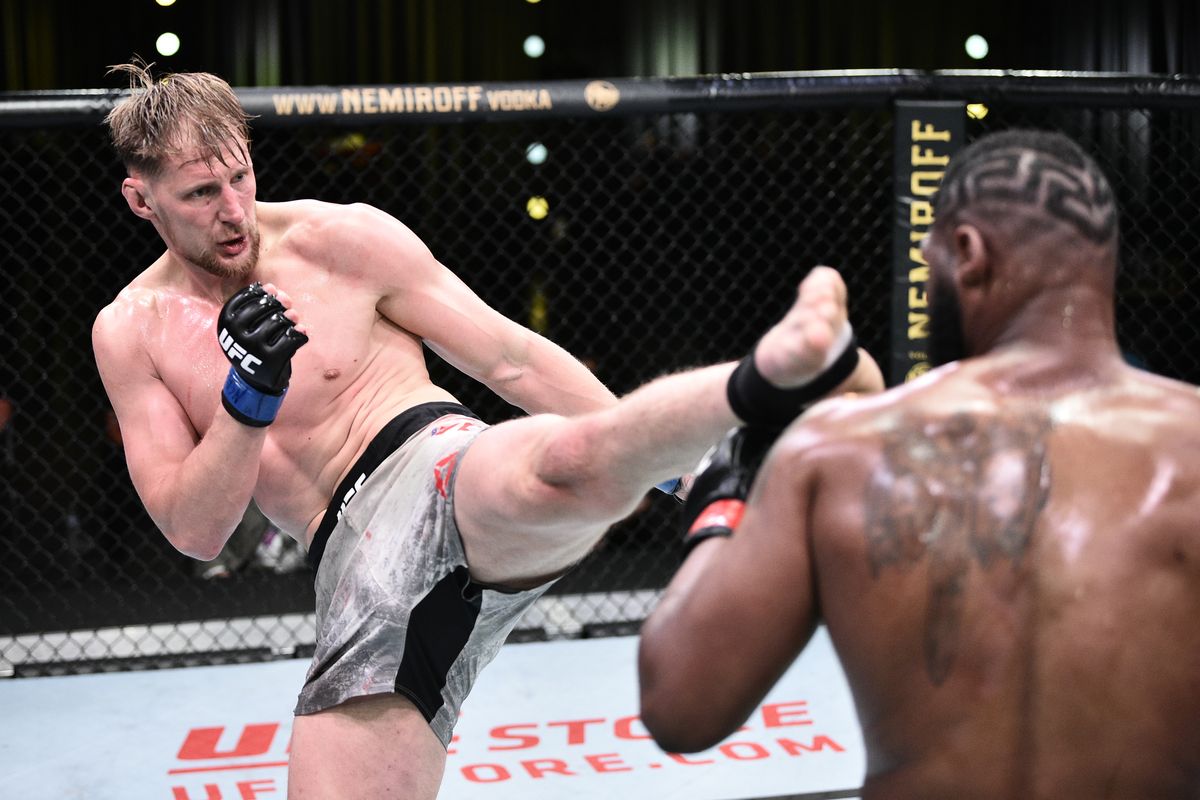 Volkov vs. Harris is a striker's delight, with both fighters looking to implement their style.

Enjoy this free feature lean, and if you want more, I've got two official plays, plus leans and detailed betting analysis for every fight -- & you can unlock it all with a UFC Fight Pass for $19.

Below is a chart of lifetime betting results on my official plays. The chart also includes results by card position, making it clear the bread & butter is the co & main event slots.

Here are keys to victory for Volkov:

Volkov gets a much better matchup than his previous bout with Curtis Blaydes where he was forced to wrestle all night. Walt Harris prefers to keep the fight on the feet, giving Volkov the fight he would prefer.

Harris has dangerous hands that Volkov must be wary of, but I just don’t see him winning a striking match against Volkov where he doesn’t finish the fight.

Before MMA, Volkov was a 31-8 as a kickboxer, and I think that will be on full display as he keeps the distance while landing a variety of kicks. I envision this fight looking very similar to Volkov vs Greg Hardy, where he's just a little too sharp within the striking realm.

Only being finished by strikes two times in 40 fights helps me feel confident Volkov can take the shots of a fresh Harris and eventually take this fight over. I think Volkov puts Harris away late in Round 2, starting it off with a body kick finishing him with a barrage of strikes.