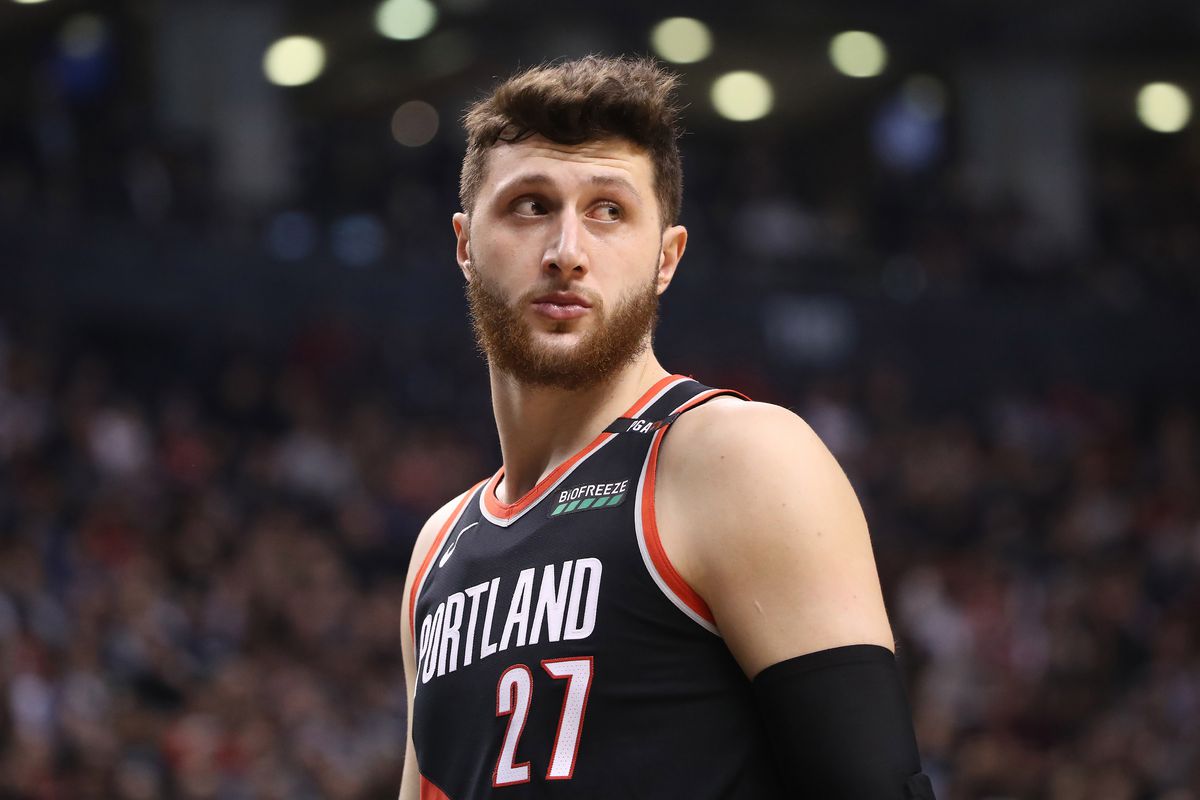 We went 1-1 on yesterday’s card after Paul George scored a bubble-high 35 points in a major bounce-back game stealing the sweep.

The NBA props betting lines are tightening up as these playoffs proceed, and I’ve only got one play I like really like tonight — the big man Nurkic as he looks to help fill the scoring vacuum left behind by their MVP Damian Lillard.

Nurkic has been a dream-come-true addition for the Blazers run to make the postseason, but now facing elimination, they’re without their best player in Lillard.

It’s going to be up to Nurkic, along with McCollum, Melo, Trent Jr., and Whiteside to fill the void.

Nurkic has gone under 17.5 points in three of four games versus the Lakers, with Game 4 being the sole over. With Lillard missing time in Game 4, he hit 20 points on 27 minutes.

He’s attempted 10 or more field goals in every game thus far, and in Games 1 and 4, he visited the free-throw at least eight times. Nurkic is averaging 13.8 points per game through four against LA, and with a big usage bump in the way, I think his floor is around 14 points.

Nurkic’s saw a 20.8% usage over his last 10 games and in the Blazers’ potential final game, he should see a much-need increase in touches and production.

Over Portland’s five losses in the bubble, Nurkic’s averaged 15.8 points per game and hit the over in two of those contests, and played alongside Lillard in all of them.

With McCollum’s O/U set at 26.5, Nurkic is the next best bet to score 20 points, which would be two-straight for him.