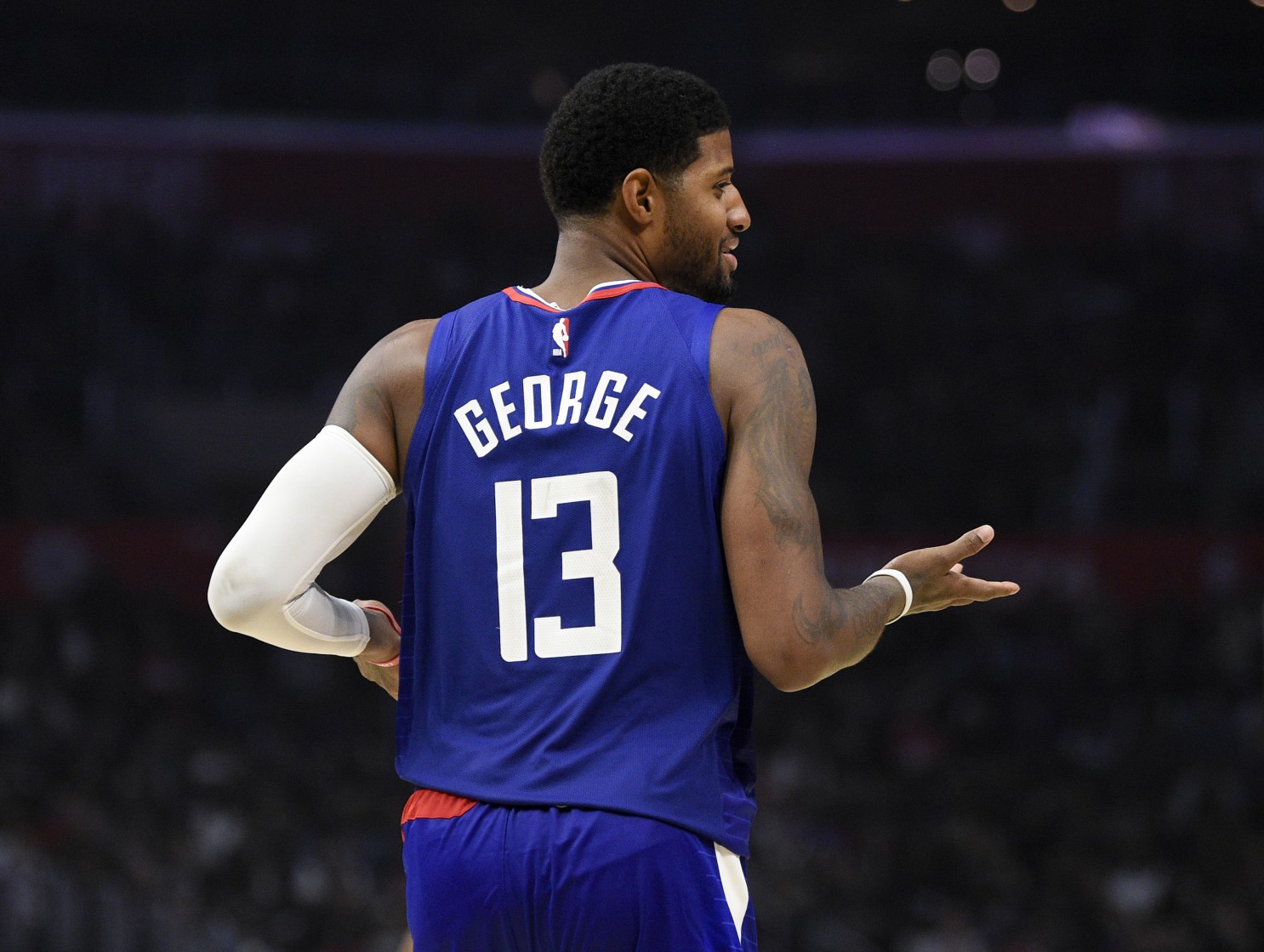 George and the Clippers are looking to tie their opening-round series at two as they take on the Mavericks at 9 ET. He’s been on a serious scoring drought, an angle again worth a look in Game 5.

That’s where we start on today’s slate before breaking down Nikola Jokic’s line of O/U 24.5 Points against the Jazz.

We went 1-1 on yesterday’s card after one of the worst stat-correction bad beats we can remember on the Bledsoe assists play. Let’s get back to our sweeping ways today.

George picked a bad time to sink into of his worst scoring stretches of the season, as he’s failed to hit more than 14 points in his last three.

George has made six shots combined in his past two games and is averaging 11.3 PPG over his last three. He’s the only player the only player not taking advantage of Dallas’ weak defense (125.8 PPG).

George played a season-high 45 minutes in their overtime loss to the Mavs, and he’s only played 40 minutes in one other game this season. His next performance following that was on one day of rest, like today, and he recorded 12 points on 5-of-10 shooting in 16 minutes, which would actually be an improvement over his current form.

I’m expecting Kawhi Leonard to continue controlling the offense and leading L.A. in scoring as George struggles to find his stroke.

Jokic has dominated the Jazz all season, and if the Nuggets ever needed a huge game, now is the time.

In six of seven meetings with the Jazz, Jokic has scored at least 28 points. In the postseason, he’s done it in three of four, putting up at least 21 attempts in all of them. The Joker ranks 13th in scoring with 25.3 points per game during the postseason and 11th in field goal attempts (19.8).

In Game 5, it’s win or go home for Denver, and Jokic has led the team in scoring twice through four games and hit the over in three of four. Between Jokic and Jamal Murray, one or both of them should score 25 points or more.