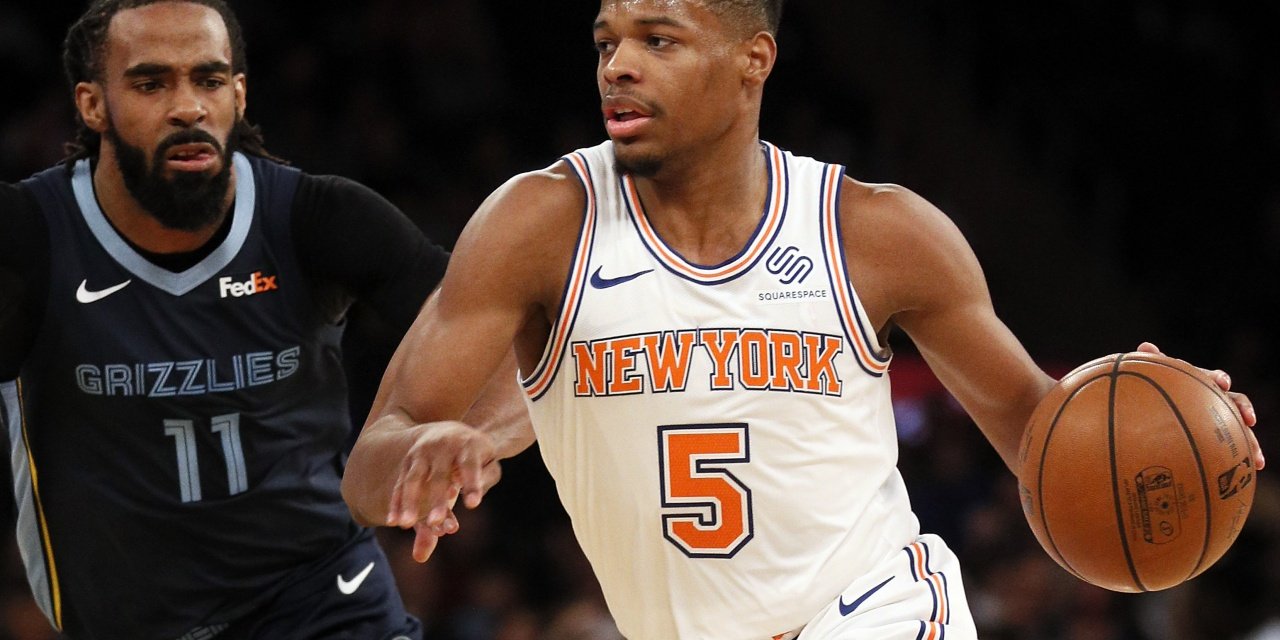 We have a nice Monday Night slate with nine games on tap, and I’m going right back to Dennis Smith in this spot for our best NBA prop bet of the day.

There’s almost no choice after being served up another soft Smith line for tonight’s game.

We were on his over three days ago when he put up 31 points – nearly doubling up on the prop betting line of 16.5 – against the Detroit Pistons (27th in DEFF vs PGs).

Now he gets a juicy matchup against the Cleveland Cavaliers.

Since being acquired by the Knicks, Smith has played full minutes in three of four games, and in them:

Another sweetener to this matchup is that the Cavaliers starting PG, Colin Sexton, ranks 94th out of 95 in defensive real plus minus (DRPM), while the primary backup, Jordan Clarkson ranks 93rd. Their other two PGs, Brandon Knight and Matthew Dellavedava, are ranked 47th and 56th in this category.

He’s getting the minutes, and the matchup aligns perfectly for him against Colin Sexton.

This number is still playable up to -130.