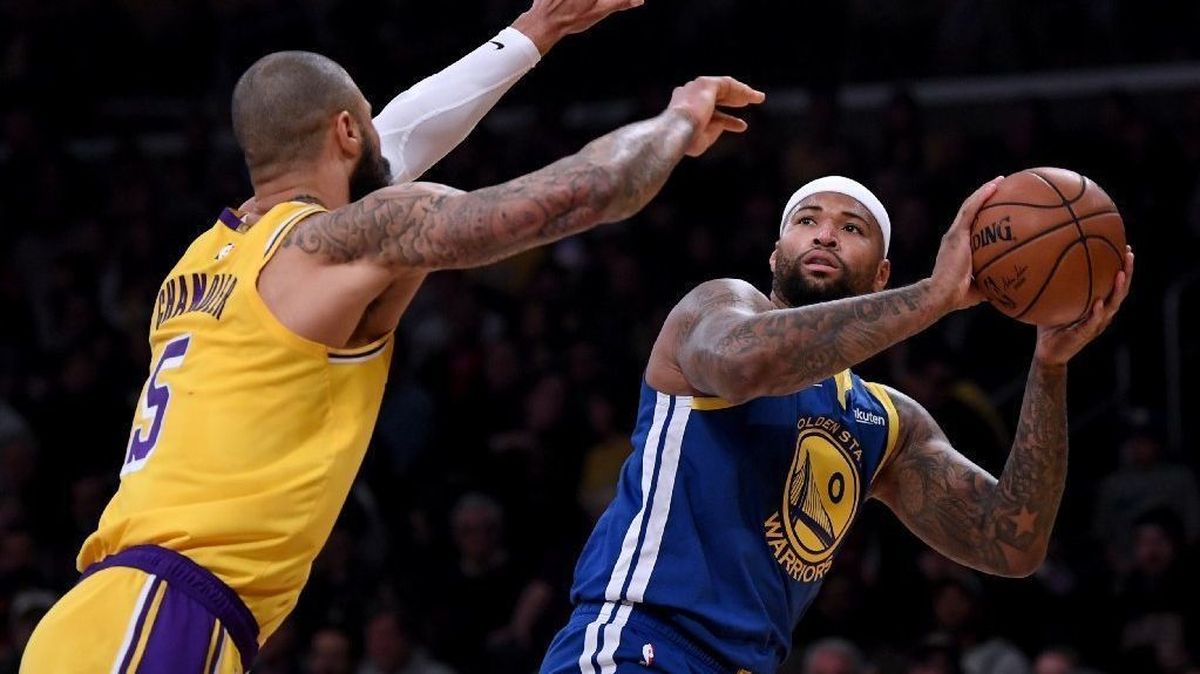 We have a nine-game slate on deck tonight with a lot of great matchups featuring playoff-bound teams, and our best NBA prop bet for Saturday comes from the matchup between the Golden State Warriors at the Philadelphia 76ers.

We’re coming off a perfect 3-0 night where our plays combined for 14 points in the first half but then went for 62 points in the second half.

Cousins is finally off his minute restriction from earlier in the season, as he has eclipsed the 30-minute mark in both of his past two games.

The matchup versus the 76ers is a good one tonight,  as they’re missing their best two interior defenders in Joel Embiid and Boban Marjanovic.

The 76ers will be forced to start Power Forward (PF) Jonah Bolden at C in this one.

He ranks 39th out of 95 PFs in defensive real plus-minus (DRPM), and if you count him as a C, he would rank 46th out of 64. Cousins also has a fifty-pound advantage on Bolden, so stopping Cousins in the post is going to be a massive challenge.

Off the bench, the 76ers will go to Amir Johnson and Mike Scott for some big-man minutes. Johnson ranks 55th out of 64 Cs and Mike Scott ranks 74th out of 95 PFs in DRPM.

In short, Philly has a weak interior defense and is undersized in this matchup versus Cousins.

It’s also worth mentioning that with Curry vs Simmons and Durant vs Butler, they both have tough matchups, which could mean more Cousins usage.

Golden State plays at the 10th-fastest pace while Philadelphia comes in seventh in pace of play. Oddsmakers agree that it’s going to be fast-paced game, with a current over/under points total of 238.

In one game vs the 76ers this year, Cousins struggled mightily, but it was only his sixth game back from an achilles injury. In that game (vs Embiid), he put up seven points on 3-10 shooting in 25 minutes.

For tonight’s performance, with no Embiid, no Marjanovic, and no Klay Thompson, I expect Cousins to play 31-32 minutes and have another 20+ point performance as the third leg of the Big Three.