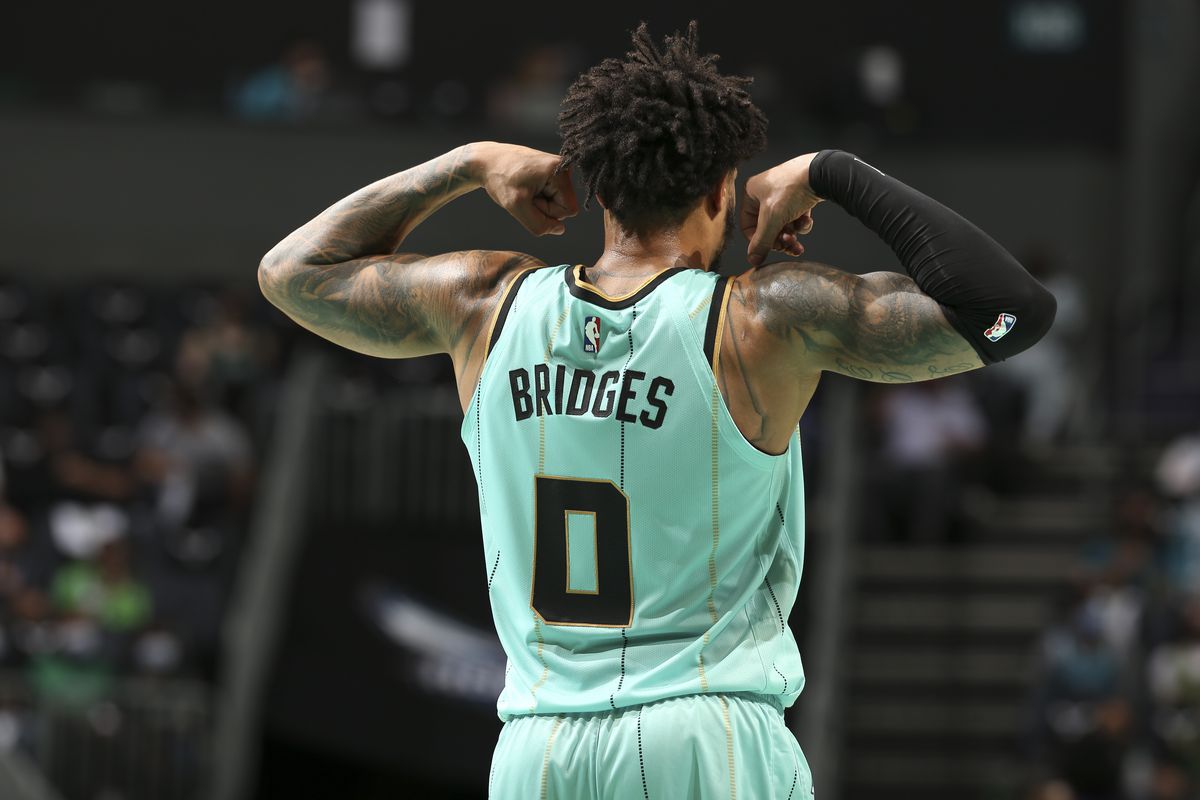 We’re back serving up NBA playoff props, focusing on the points prop for Miles Bridges.  The former Michigan State Spartan broke out in the last month and a half of the regular season, and I like his chances to have a big game tonight in an elimination game for the Hornets.

While Bridges’ regular season stats may appear somewhat ordinary, they are not indicative of the fantastic season he had. Bridges stepped up in a big way following a season-ending injury to former All Star forward Gordon Hayward. The third-year pro entered the starting lineup and didn’t miss a beat with averages of 36 mins and 20.1 PPG over 18 games as a starter.

The ultra-athletic forward saved his best basketball to close out the season, scoring at least 19 points in six of his last eight games and helping to propel the Hornets into the play-in tournament.

Offensively Bridges is the epitome of a modern NBA scorer. He combines the ability to take defenders off the dribble while finishing seamlessly at the rim with exceptional three-point shooting accuracy. Bridges takes close to 50% of his field-goal attempts inside the paint and shoots an uber-efficient 73% at the rim. When opposing defenders choose to sag off Bridges, he is an excellent three-point shooter who connected on a blistering 40% of his 4.4 attempts this season.

Indiana presents an excellent matchup as they allowed more points in the paint than any team in the regular season.

The Pacers have really missed starting center and perennial DPOY candidate Myles Turner who only appeared in 47 games while missing the final six weeks of the season. Without Turner in the lineup, Indiana offers very little rim protection which does not bode well when trying to slow down Bridges.

Fittingly the Pacers average 105.8 possessions per game, good for the second-fastest pace in the league. Indiana recognizes that their best chance to win is largely based on trying to engage opponents in an up and down track meet. This type of game flow and tempo should also benefit Bridges, whose size and athleticism gives defenses fits.

In a game I believe will resemble more of a track meet than that of a sluggish half-court battle, I love Bridges to have another big game. I have him penciled in for 23 points and expect him to have his way with an under-manned and outmatched Pacers defense.