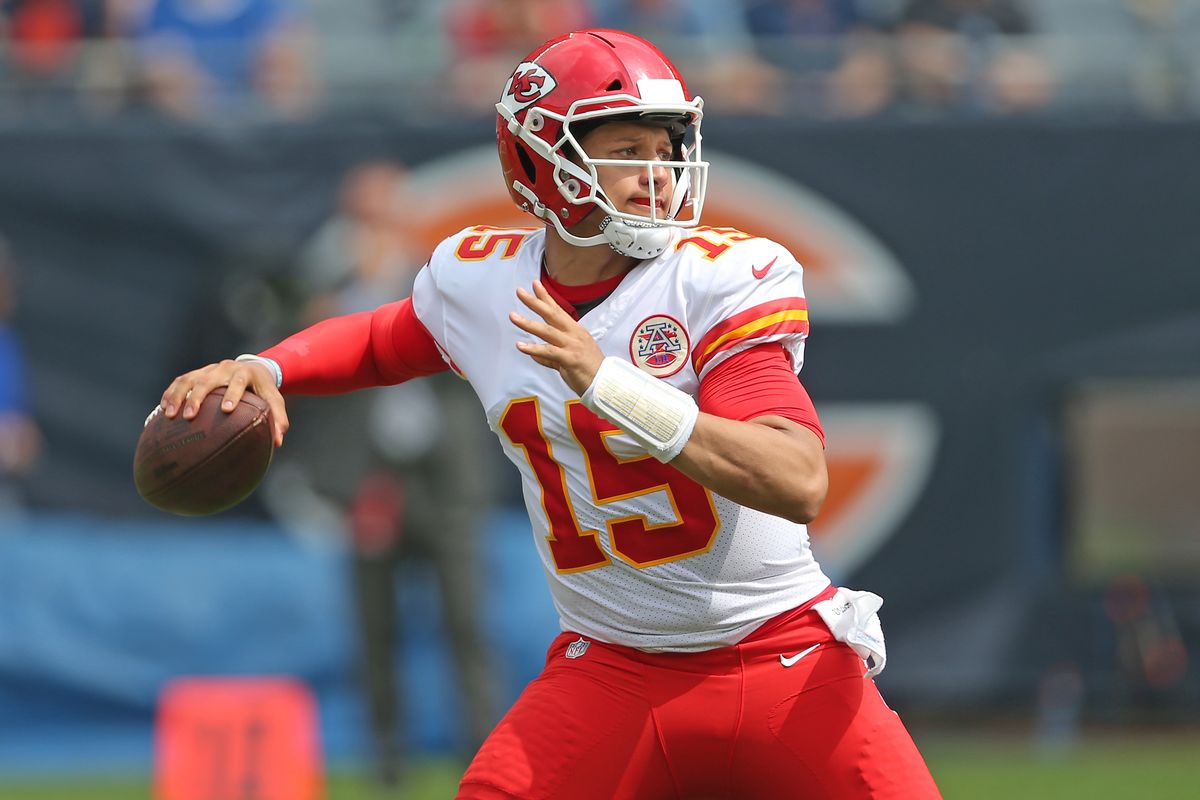 This week’s card could have been even better. We had one of the biggest bets of the week locked down – Dalton > Carr – until the Raiders game went to OT.

We’ll never look a winning week in the mouth, however.

This isn’t the shutdown Broncos pass defense of old.  It’s not bad, but it’s also no longer elite, having surrendered passing lines of 298, 288, and 277 yards to Russel Wilson, Derek Carr, and Joe Flacco respectively.

Enter Mahomes, who came into Week 4 ninth in passing with 295 yards per game. He has multiple weapons capable of ripping the lid off on any given play and faces a Broncos team which has been gashed 13 times on passing plays of 20 yards or more.

The worry here is that Denver won’t have enough offense to keep up, and K.C. won’t need to rely on the pass game. However, Kareem Hunt has  been stuck in neutral so far, averaging just 56 yards per game on the ground.

There’s is not a ton of value at this number, but I have seen this line closer to 300 yards at some books (I am booking this bet at 888), so it’s worth a small play.

Which brings us to our next bet. As mentioned, Hunt hasn’t been able to get much going on the ground this year. In fact, if we’re being honest, he’s been downright poor.

His 3.2 yards per carry ranks third worst among all RBs with at least 30 attempts.

The Broncos have held opposing backs to a 3.5 YPC clip. They give up the third-fewest rushing yards and ninth-fewest rushing attempts per game. In last year’s lone match up vs Denver, Hunt had 46 yards on 22 carries (2.1 YPC).

I expect Any Reid to attack this defense via the thin air at Mile High.

Lovely value here on what appears to be a very straightforward play.

Mahomes has thrown zero interceptions (to go with his 13 TDs) so far through three games. Meanwhile, the Broncos defense has just two picks, tied for eighth-fewest in the league.

Given that, I feel like the juice should be on the other side of this bet (the over is at -145), so I’ll happily take the plus odds on the under with a guy who’s shown he can take care of the ball.

The stud TE has more receptions than the speedy WR in two of three games and gets a particularly good match up tonight against a Denver defense which has surrendered the fifth-most passing yards to TEs through Week 3.

I’m trying to find the value on the Denver side tonight, but it’s tough.

I’m tempted to play the over Emmanuel Sanders. The Chiefs have been shredded by slot WRs like Sanders this year, but it’s still a big number at 75.5 yards. For what it’s worth, I’m likely to make a small, unofficial play on the over.

If this game goes according to script (K.C. is -3.5 favorites), Lindsay should see plenty of play against a porous defense.

He’s the Broncos primary pass-catching back and is leading the backfield committee with 39 opportunities (targets + rushes) to Royce Freeman‘s 38. This, despite Lindsay getting ejected from the game early in Week 3.

The Chiefs are getting destroyed by opposing backs, particularly in the passing game.

K.C. has yielded 204.6 combined rushing/receiving yards to opposing RBs per game, second most in the league.

Forget per-game averages for a moment. Their 334 raw receiving yards surrendered to RBs is still dead last in the league, even if we include the extra game that teams have played.