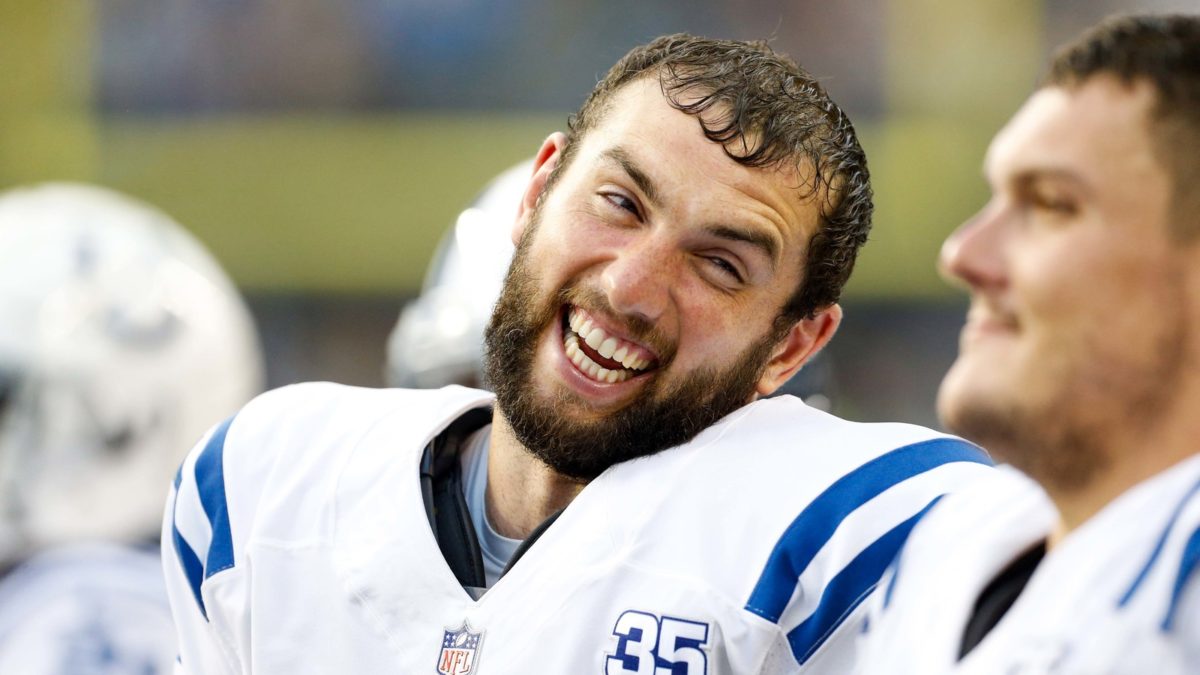 That’s fun, but what’s less fun is the uncertainty surrounding the Patriots offense. Rob Gronkowski is banged up, and Julian Edelman is making his first appearance coming off ACL surgery and a four-game suspension.

While that clouds the pass-catching picture, it may solidify things in the backfield.

We’re coming off a very solid week with a 24-16 record for +7.27 units. Like we did last Thursday, let’s start the week off right.

I like attacking the total which is 8.7 percent lower.

Coming off a game where he has career highs in attempts and passing yards with 62-464, Andrew Luck is going to need to throw to keep up with the Patriots. This line is simply too low.

The loss of TY Hilton hurts, but the Colts don’t really have a running game to turn to. Their 237 rushing yards is the sixth-worst mark in the league.

They do have Nyheim Hines, however. The rookie is has the seventh-most receptions among all RBs and will be busy again, acting as the de facto running game for the Colts.

While the Patriots pass defense has been decent, it’s hard to fathom too many outcomes where Luck goes under 254.5 yards.

Building on the points above, we’ll happily take plus odds on Luck out passing Brady.

After all, he’s 3-1 against Brady on a weekly, head-to-head basis and has passed for 22.7 percent more yards on the year.

Brady has also been a different player without Rob Gronkowski, whose status is in doubt for this one. He averages 289 passing yards with Gronk in the lineup and 258 without, a 10.7 percent difference.

Sony Michel’s carries have increased in each of his first three games, topping out at 25 totes for 112 yards last week. He’s tied for the fourth-most rushing attempts in the league over the last two weeks as the Patriots are starting to put their first-round pick to work.

Like last week, New England is once again a hefty 10-point favorite, giving Michel an opportunity to hit 20+ carries once again.

On the opposite end of the spectrum is a back who already gets few carries and stands to see even fewer going forward.

As busy as he’s been in the passing game, Hines has yet to surpass five rushes or 20 yards.

With Robert Turbin returning from a four-game suspension, there are now even fewer carries up for grabs.

Between increased competition at RB, and a game script that should see the Colts passing plenty,  don’t expect to see Hines handed the rock very often.