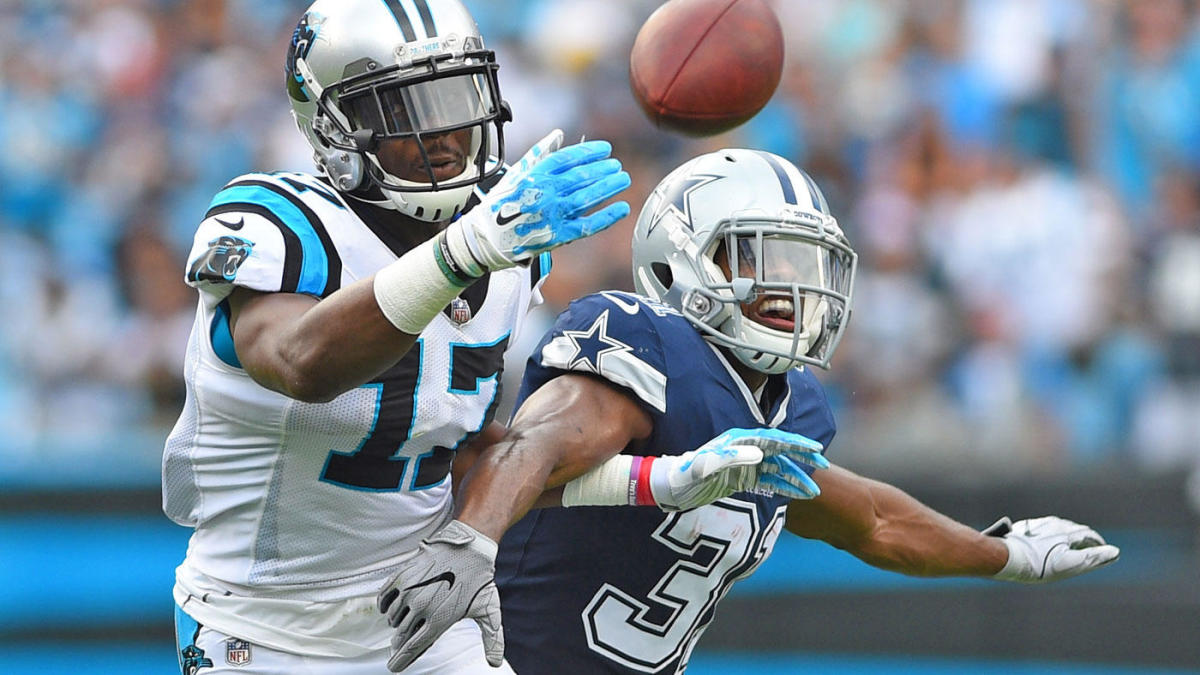 Who the Colts would sign as their second wide receiver behind TY Hilton was one of the more heavily anticipated stories of free agency last week.

The winner of those sweepstakes was none other than Devin Funchess; and while I’m bullish on his prop prospects for next season, books are not as optimistic.

They are woefully mistaken, especially in the TD department. Let me tell you why.

And be sure to check out some other season-long prop analysis:

Since his rookie year, Devin Funchess has added value in the touchdown department with his massive 6’4, 232 pound frame.

Despite being on an offense that has ranked 19st, 18th, and 14th in passing TDs over in the past three years respectively, Funchess has still found his way into the end zone at least four times each season. He now joins an Andrew Luck-led Colts offense that had 39 passing TDs last year, good for second in the league.

While the Colts offense engineered 39 passing touchdowns last season, they did so with a rag tag, rotational WR room. The corps of Chester Rodgers, Ryan Grant, and Zach Pascal miraculously produced 8 TDs, while Luck peppered a Funchess-esque target in Eric Ebron (also 6’4, but 12 pounds heavier than Funchess) with 13 TDs.

The Colts aggressively targeted Funchess in free agency with a one-year, $10m deal. That WR2 job is now confidently his behind a WR1 in Hilton, a WR who’s never topped 7 TDs in his seven seasons.

Andrew Luck can reasonably be projected for 30-40 TDs again after totaling 40, 31, and 39 over his last three seasons with at least 15 starts. Funchess is the exact type of red zone target that he has historically loved.

While not as egregious as his TD line, Funchess should still be expected to surpass his receiving yards total.

He’s not known for wracking up elite yardage numbers, but he was stuck on a Carolina offense that ranked 21st, 28th, and 16th in passing yardage over the past three years respectively.

The Colts finished second the NFL in pass attempts in 2018 and finished sixth in passing yards, all despite the complete lack of talent in their WR room, as their WR2 rotation still somehow produced 1,391 receiving yards. 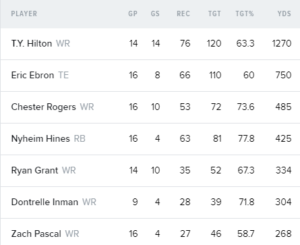 With TY Hilton occupying the opponent’s top cornerback, Funchess will likely face off against smaller and less talented CBs each week.

While Funchess been criticized for an inability to create separation in the past, Luck ranked seventh in the NFL in percent of throws into tight coverage (defined as one yard or less of separation by Next Gen Stats) last year at 18.2%.

Unlike Cam Newton, Luck will have no qualms about throwing jump balls to Funchess, allowing for even more opportunities to generate yards in bunches.