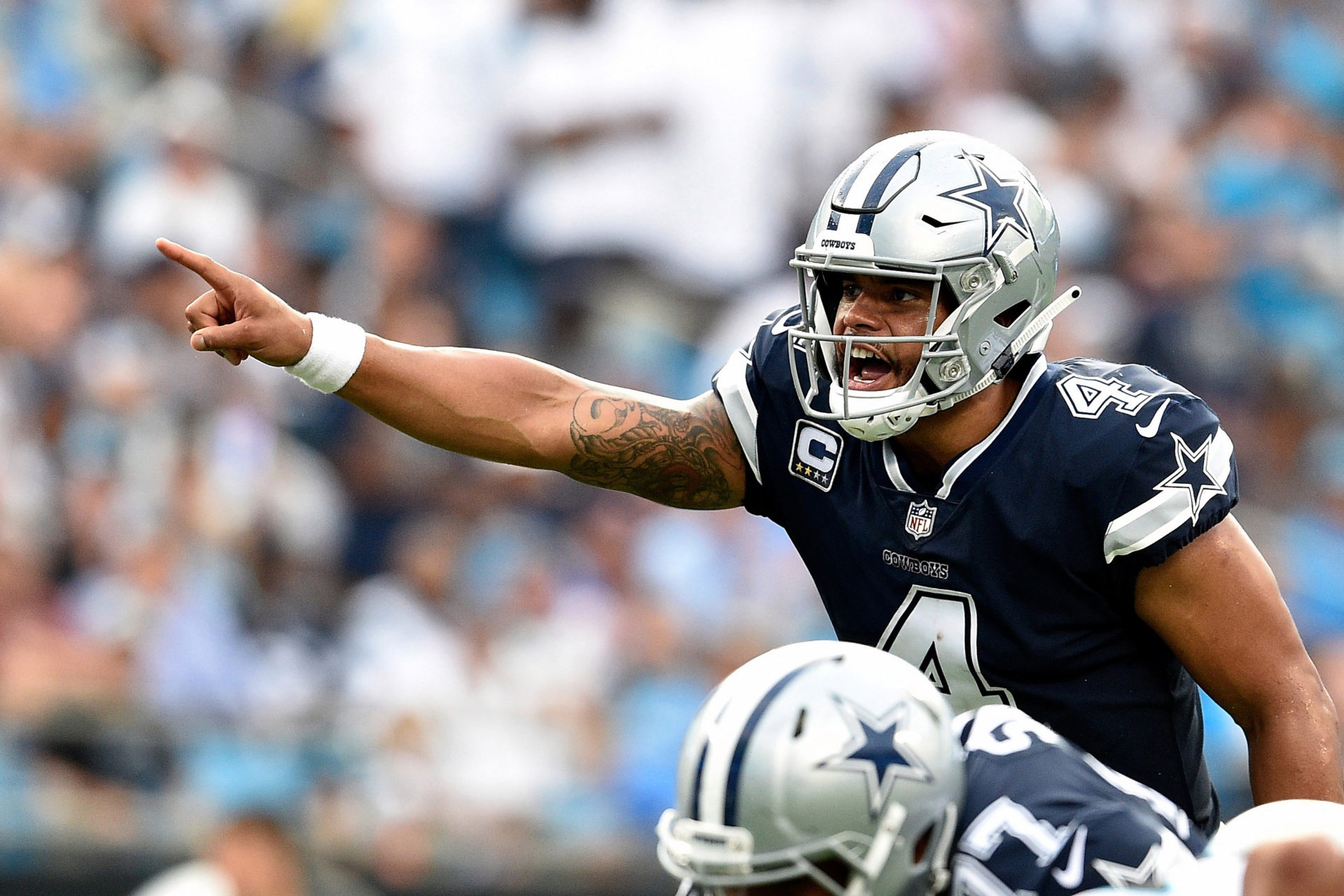 The Seahawks and Cowboys meet on Saturday Night in Dallas in the second wild card weekend matchup, and we’re breaking down the best prop bets for what rates to be a slow-paced, run-heavy affair.

A 43.5 point total in this one reflects the fact that both teams clearly want to lean on the run and their strong defenses.

In such a low-totaled game, it’s no surprise that the Player Props Tool goes against the grain with a lot of overs. The three bets with a 10 rating at the time of writing are all overs, including one we’ll get to shortly.

Be sure to check out our breakdown of the best Super Bowl futures bets, and follow us on Twitter to get any last-minute picks.

The Cowboys and Seahawks live off the run; both feature red hot RBs and are facing solid pass defenses. Expect  a heavy dose of Chris Carson and Ezekiel Elliott, which will put a cap on overall play volume:

Even putting volume aside, Dak Prescott’s struggles against zone defenses are well documented.

Is being at home really worth 40 passing yards for Prescott? The splits suggest not — he’s passed for just 13 yards more per game at home than away (249 to 236).

Sean Koerner is projecting 71 yards for Chris Carson, and that that conservative number makes sense given the game-pace concerns we mentioned.

Still, every week odds makers set a sensible, conservative line for Carson, and every week he obliterates it.

While points and yards will be at a premium, Carson should be able to get by on efficiency — he’s put up 357 yards (5.3 YPC) over his last three games, while the Cowboys have given up 335 yards (4.5 YPC) over their last three.

All that said, I wouldn’t want to play this number any higher. However, we are getting a decent price here at -110, and I’d still pay up to -115.

Check out the rest of our picks via The Action Network.