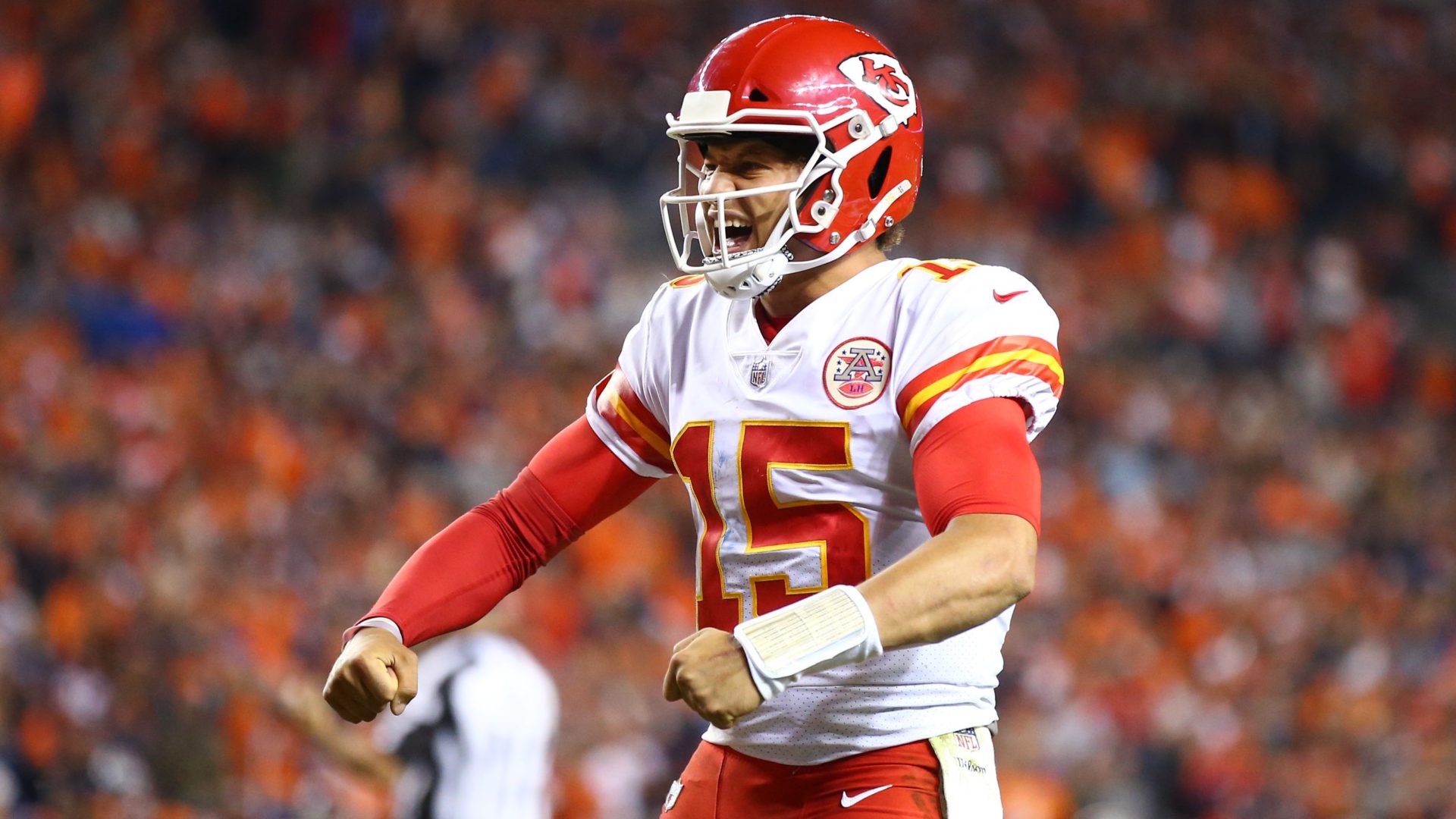 While we’ll be breaking down the player prop bets for every NFL playoff game, the lead up to kickoff also presents the perfect opportunity to examine the best Super Bowl futures bets.

The following odds has been released on which team will win the Super Bowl in Atlanta on February 3rd.

Unsurprisingly, the teams with first-round byes are the favorites to win it all. Being required to win one fewer game than the field gives these teams a significant edge.

The last five Super Bowls have featured only teams who had a bye, suggesting the guaranteed “win” gained from a bye is potentially underrated by oddsmakers. Unless there is a clear outlier, it appears +EV to fade teams that are not a one or two seed.

That leaves the Saints, Chiefs, Rams, and Patriots as the four top candidates.

The first step in evaluating the outlook of each team is to break down their statistical profile.

The Chiefs pop as clearly the strongest team by these standards, as they lead the league in every single offensive category over the season and over the last eight games.

Notably, the Chargers and Rams exhibited a decline in offensive efficiency in the second half of the season. Jared Goff has struggled to close the year and averaged an entire yard less per attempt in the last eight games compared to his seasonal mark.

On the other hand, Indianapolis has been one of the biggest risers to finish the year. The Colts offense has been elite as of late with a near full-yard increase in yards per attempt compared to their start.

Also noteworthy is that the much-talked-about Ravens and Cowboys late-season offensive adjustments have yielded just minor improvements on their seasonal averages and still leave them bottom of the barrel.

Naturally, some of the playoff teams who suffer from an offensive standpoint pop on the defensive side of the ball.

The Bears and Ravens defenses are the standouts among the group.

The defenses of the first and second seeds appear to be on relatively even ground. New England seemingly has a slight edge over the other three, but the light strength of schedule the Patriots faced hints they are not any better than the other three defensive units.

Let’s use this data as a starting point to evaluate the four potential betting options.

The Saints come in as a significant favorite to win it all with a 29.4 percent implied win percentage.  Led by Drew Brees, the Saints certainly belong as one of the top contenders, but the juice on them is just too much.

From an offensive efficiency standpoint, the Saints blend in with the other best offenses. The Saints are strong on a yards-per-play basis but have no separation from the pack.

Their offensive line has a reputation as being one of the best. From a traditional sacks surrendered standpoint, that is true, as they rank third on the season.

However, via Josh ADHD’s latest work, we see the Saints are near middle of the pack in true offensive pressure rate allowed – a metric used to predict the clean pocket percent a QB will experience – which holds a better predictive value for QB performance than the sacks allowed metric.

Sharp Football Stats reveals that the Saints faced the seventh-easiest pass defense schedule and the third-easiest overall defense schedule, which makes it likely that their offensive efficiency has already peaked this season.

For these reasons, the Saints appear overrated on the offensive side of the ball.

Their defense proved relatively poor to start the year, surrendering 7.4 yards per attempt. Although they are known for their best-in-the-league run defense, their run blocking has not translated to improvements in yards per play allowed. Given that rushing efficiency has been proven to be relatively worthless in terms of predicting success, it seems reasonable to discount the run defense as a non-factor for their team outlook.

Another variable to consider is that the Saints are perceived to have an above average degree of home field advantage.

For their price, the Saints are a clear fade. They are not spectacular enough to warrant their odds.

The Chiefs have one of the best offenses the NFL has ever seen. Their 6.8 yards per play has not been surpassed for at least the last 20 years in the NFL.

There is a sizable gap between their offensive efficiency in every category and that of the other playoff teams.

The scariest part is that the Chiefs have done all this despite having faced one of the hardest pass defense schedules this year, via Sharp Football.

This offensive prowess sets the Chiefs apart from the field and puts them in contention to be the outright favorite.

The FiveThirtyEight and Football Outsiders models both peg the Chiefs as the only Super Bowl futures bet with real value. Both models see the Saints and Chiefs as the two clear favorites.

What about their defense? It is true that the Chiefs defense has surrendered a poor points per play mark, but their yards per play allowed and yards per attempt allowed are in line with the marks of the Patriots, Saints, and Rams.

It’s possible that the discount on the Chiefs has certain negative narratives baked in.

Well, Reid has an 18 – 19 career playoff record as a head coach including a Super Bowl appearance with the Eagles. He is certainly no Bill Belichick, but Reid is a bonified great coach who has experience in the playoffs and has schemed one of the best offenses the NFL has ever seen. It is disingenuous to discount the Chiefs because of Reid.

Patrick Mahomes is no ordinary second-year starter. Here is a list of the records Mahomes has broken this year:

It is naïve to suggest a player of Mahome’s pedigree will not be able to perform in the playoffs due to inexperience.

The Chiefs’ legendary offense and underrated defense make them my favorite outright pick to win the Super Bowl and certainly the best value given their +470 price.

The Brady-Belichick legacy is well-known. Songs of the end have been sung this year, with naysayers citing Rob Gronkowski and Tom Brady’s zombie-like agility as the long-awaited downfall of the Patriots dynasty.

Their stars might not be passing the eye test this year, but the Patriots’ offensive efficiency is right in line with their marks from prior years:

A more legitimate concern is that the rest of the league has improved on the offensive side of the ball – see the Chiefs, Saints, Rams, or Eagles from last year – while the Patriots have plateaued.

What was the dominate Patriots offense might be just as good as ever but comparatively worse relative to the rest of the league.

Regardless, the +650 price is quite desirable given the magic Brady and Belichick have produced in the playoffs, combined with their exaggerated decline. For what it is worth, the Patriots have the best record in the league versus other playoff teams (4 – 0).

The Patriots are a fine bet to either pair with the Chiefs future or as a lone wager. Naturally, pairing the Patriots with the Chiefs has reduced upside compared to a lone Chiefs wager, but such a strategy presents a hedging opportunity for a safe return on investment if an upset happens on the NFC side and the Patriots end up favored in the Super Bowl.

I strongly prefer the Chiefs as a lone wager but consider the Patriots my second-favorite choice.

The Rams have had a tale of two seasons, as the high-flying offensive juggernaut they started the year as has evaporated down the stretch.

Whether it is the loss of Cooper Kupp or just plain old regression for Jared Goff, it is impossible not to question whether the McVay-led force is destined for another early playoff exit.

Luckily for the Rams, they will have home field advantage versus everyone but the Saints. Goff has performed significantly better at home the last two years, so expect him to rebound from his first encounter with the Bears.

The price just does not fit the Rams, though, as they grade out similarly to the Patriots but are juiced way higher.