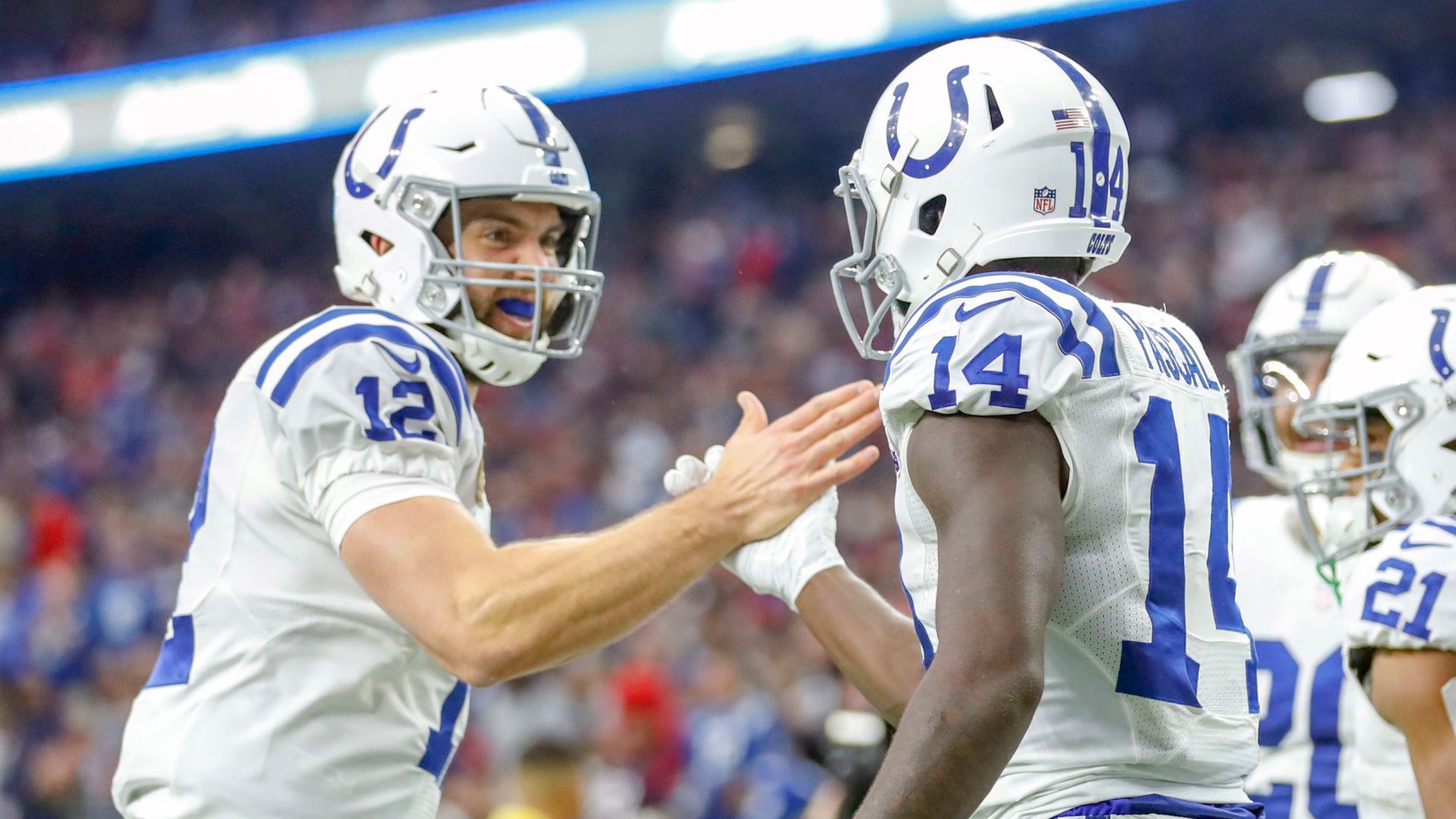 The games at Monkey Knife Fight are a different twist on prop betting, and with wildcard weekend upon us, we’re breaking down a few of the better cards.

Also be sure to check out our full analysis from the Cowboys Seahawks matchup.

For Monkey Knife Fight’s (MKF) over/under, we have to get both correct to win.

Luck had his two biggest yardage outputs of the season in his matchups against Houston – 464 and 399. If you like to rely on matchup history, then the over looks like an easy smash here. However, his projection of 290 is nearly 10 percent lower than the prop, and even with his 399 yard road game against Houston in week 14, he averages well under the 323.5 in the prop.

I don’t blame you if you like the over, as rooting for overs is more fun. I won’t be surprised if Luck continues his dominance against Houston, but I’ll trust the projection and hope for regression to the mean.

As for Watson, he had the 375 yardage total early in the season when WR Will Fuller was still healthy and stretching the field. Since Week 5, Watson has only exceeded the 274.5 yard prop number twice. That, in addition to the projection, make Watson an easy under pick for me.

Bonus tip: Avoid the ‘Hail Mary’ passing yards prop for this game unless you love Luck to continue scorching Houston through the air, because the lowest prop offered is a combined 627.5 Passing yards between the 2 QBs. That is 29.5 yards over their individual props, and 82.5 over their combined projections. If the under was an option here, I’d take it, but MKF does not offer unders for these.

As for the other MKF options for the IND vs HOU game, they seem too juiced up and I won’t be putting any money on them.

Rapidfire game with a 2.37x prize

The pick:I‘m taking Dak Prescott -18.5 yards, and Dak +1.5 total TDs vs Russell Wilson. The yardage is fair, but the +1.5 TD underdog is insane value, especially considering their projection is within a tenth of a TD. Analysis

These two teams played in Seattle in Week 3. Dallas has added Amari Cooper to the mix since then, increasing their aerial ceiling.

Wilson’s per-game totals balloon by 49 yards on the road, but in their previous meeting, Seattle gave Chris Carson a Beast-Mode like 32 carries, and I expect them to attempt a similar strategy this time as well.

I also like the 3 choice Rapidfire that adds Zeke Elliott vs Chris Carson into the mix.

You can get Elliott rushing yards -15.5 vs Carson, when his projection is 23 yards greater. Elliot is a home favorite coming off of rest, and he averaged 7.9 yards-per-carry against Seattle in Week 3.