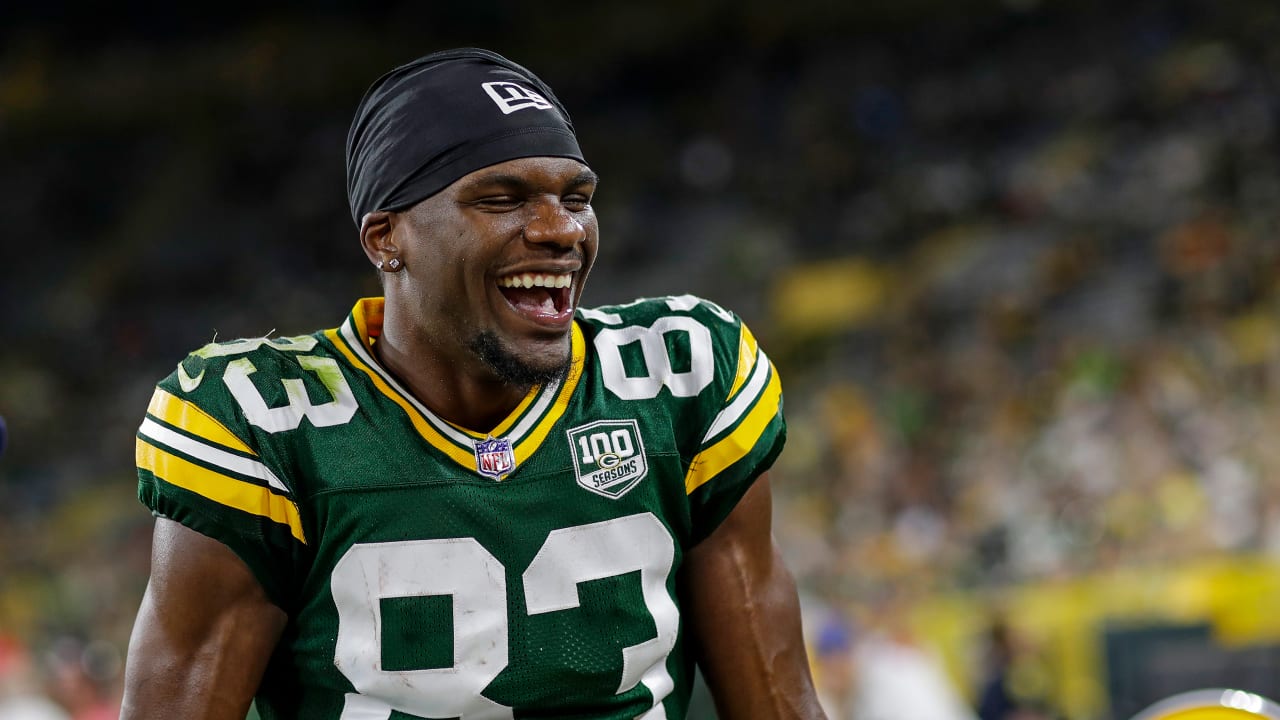 Marquez Valdes-Scantling has been one of the most frustrating players in the league over the last few years.

With prototypical alpha WR size and speed, he was a popular sleeper after going on Day 3 of the NFL Draft. Since then, he’s struggled with drops and inconsistency, but he’s still the clear WR3 on the Packers. Of course, that doesn’t mean a whole lot when target hog Davante Adams is getting 30%+ of Aaron Rodgers‘ pass attempts.

We had an easy primetime winner the last time out, so let’s stay hot with this play.

Note: There is a wide range of lines out there including 2.5 and 3.5. Our preference is these U3 receptions, but we’d also play the U2.5 +127 that is floating around. We do not recommend pivoting to yards instead in this case.

First of all, Valdes-Scantling has only gone over three receptions four times this season and in three of those, he had exactly four catches.

He’s gone under six times with three zero-reception outings, all of which have come in the last four games. With a median of 2.5 receptions, it’s an under that immediately jumps off the page.

Lazard’s return from injury means MVS is no longer a full-time player. 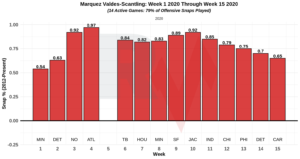 He has had zero receptions in three of the last four weeks, with a miscellaneous six-catch game in Week 14 as the only outlier. With Lazard getting healthy over the last month, it looks more and more like Green Bay is phasing Valdes-Scantling out of their passing game. 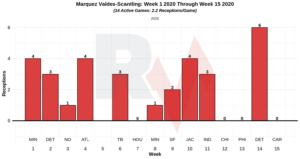 Green Bay’s opponent has been a premier matchup for wideouts. Tennessee has allowed the second-most receptions to opposing WRs, behind only Seattle. That’s about the only concern here, though, and it’s mitigated by the loss in playing time that MVS has experienced.

Even though the Titans’ secondary is atrocious, we expect that trend to continue in Week 16.

Yes, the Titans’ secondary is bad, but Valdes-Scantling has zero catches in three of his last four games. His snaps have fallen in four consecutive weeks since Lazard got healthy.

This is a classic Bet the Prop whole-number freeroll-type spot where we push a lot, but the outcomes are weighted more to the under than the over.

Given all of that, we’re betting on him to record under three receptions on Sunday Night Football.