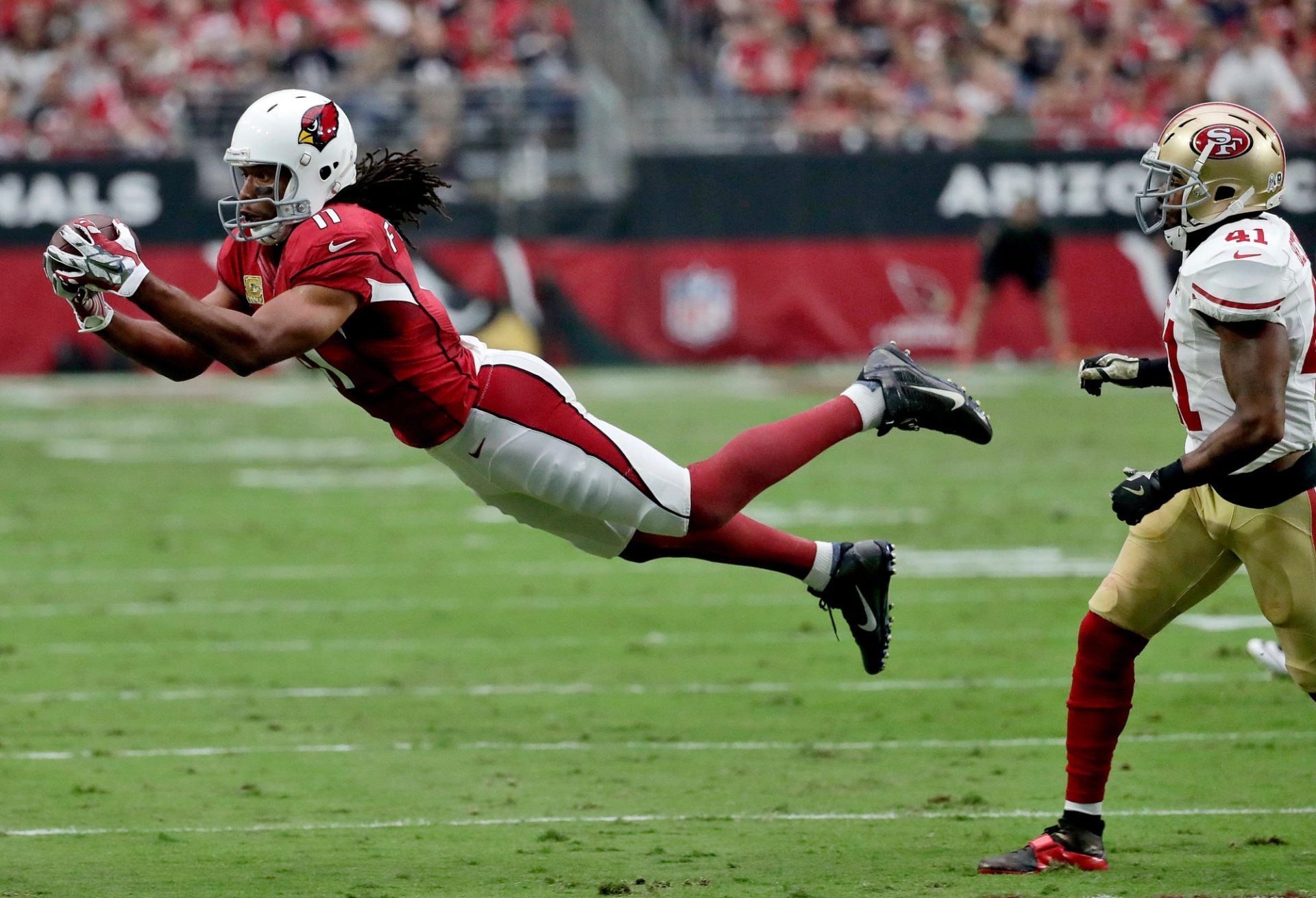 Kids running the sports books these days have no respect for their elders, particularly when it comes to living legend Larry Fitzgerald.

We already saw the anciently aged Marshawn Lynch get dissed by the books with a line set far too low, and now Fitzgerald is getting the same treatment.

Here are three reasons the old man will smash his yardage prop line of 850.5.

This really is reason enough for me, although before we proceed, it’s worth pointing out that the -140 line on the over doesn’t exactly scream value.

However, barring injury, Fitzgerald is in line for the kind of target volume that will make it near impossible to finish south of 851 yards. In the past three seasons, he’s been the fifth-most targeted WR in the league, averaging 153 targets per year.

He’s averaged 1,131 yards receiving over that time – nearly 300 yards clear of our betting line – and has only fallen short of the 850.5 mark three times in his 14 seasons.

The crazy thing is that he should see even more targets this season. 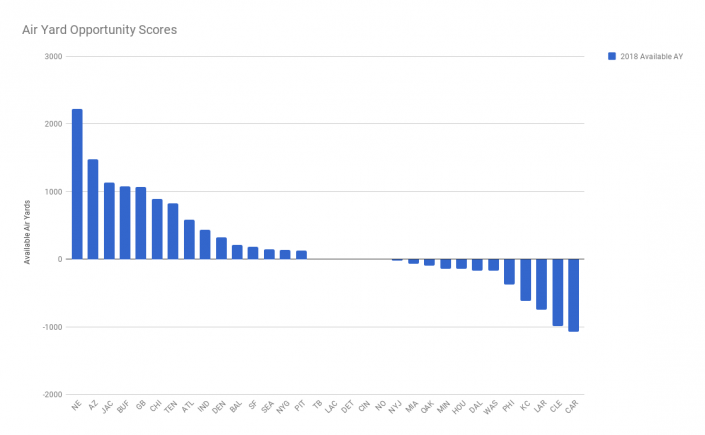 Thanks to the departures of John Brown and Juron Brown, the Arizona freed up more Air Yards than every team in the league but New England.

That means there is there is even more opportunity up for grabs this year, as the only significant addition they made to their WR corps was rookie Christian Kirk.

Fitz is going to get fed.

Don’t just take my word for it. Practically the entire fantasy football community, which does unparalleled work when it comes to player projections, sees the same thing.

Fitzgerald was far and away the best looking bet on the board when we compared the betting line for every player prop against the 2018 projections from three different fantasy football sites.

The 34-year old is projected to exceed his betting total by an average of 181.5 yards, with industry legend Mike Clay giving Fitzgerald the nod by a full 201.5 yards.

The Cardinals Will Be Bad

Las Vegas bookmakers are projecting Arizona to be the worst team in the league in 2018. Their over/under line of 5.5 wins is tied for last place with the Browns, the second team in history to go 0-16.

The Cardinals are underdogs by a touchdown or more in seven of their 16 games. They’re double-digit underdogs in three of those games, and a nine-point dog in another.

Courtesy of RotoViz, we can see that Fitzgerald averages significantly more targets and yards in games where his team is at least a touchdown underdog. 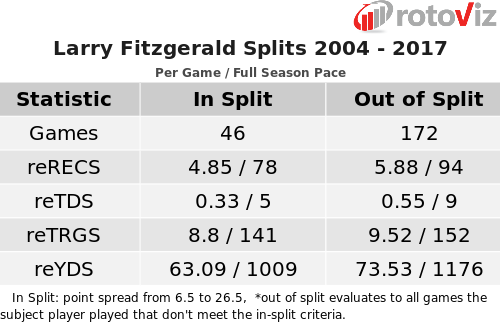 In games where his team is at at least a 10-point underdog, the difference is even more stark. 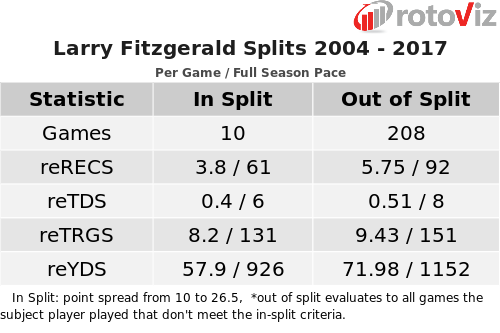 With a rookie coach, and potentially a rookie quarterback under center in Josh Rosen, it could be an ugly year in the desert, and that will make Fitzgerald a busy man.

The -140 payout on this bet is a bit of a turn off, but unless the old man hits an unexpected wall at 34 years of age, it’s hard to see how he falls short.