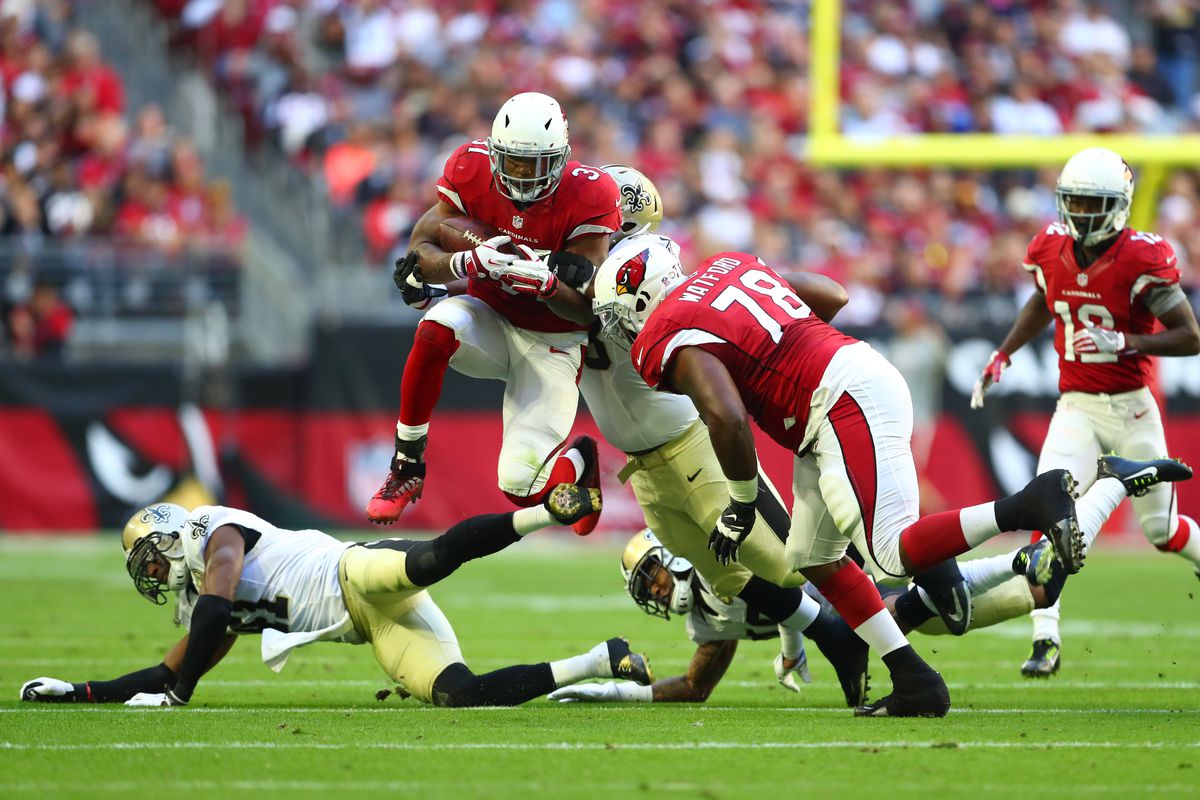 The oddsmakers have a huge hate-on for the Arizona Cardinals this year, including for superstar running back David Johnson.

Much like Larry Fitzgerald, whose yardage prop bet was set at a ludicrously low level, Johnson is also getting dissed by the books with a pessimistic yardage total that’s been set at 949.5, with odds of -115.

It all stems from the fact that the Cardinals have an over/under win total of just 5.5 games, tied for the second-worst in the league with the 0-16 Cleveland Browns.

Here’s why Johnson will make that line look laughable in 2018.

The last time we saw Johnson in action over a full season, he was piling up 1,239 rushing yards while tacking on 879 receiving yards.

He did it on a Cardinals team that went 7-8-1 that year, just 1.5 wins more than they’re projected to hit this year. That provides at least some evidence that he doesn’t need to be on a winning team to get positive game scripts and run up the rushing totals.

He’ll be able to step right in where he left off after missing almost all of 2017 with an injury. The nice thing is that it was merely a wrist injury, so unlike other RBs coming off season-ending injuries, all his ligaments are intact, and his legs are fresh.

Johnson is going to dominate touches on an Arizona team that really has no one else to turn to in the run game. Here is their depth chart at RB:

There is no one here who can realistically poach carries from Johnson, who already has a history of heavy usage. In fact, he was the most heavily used RB over the past three seasons.

New offensive coordinator Mike McCoy also has a history of riding his lead back, at least, he does when he has one worth using. Here’s what his top RB did in the four seasons that he was the Chargers head coach.

Take away the bizarre Branden Oliver year, and McCoy’s No. 1 RB averaged 964 yards per season. None of these players is near the back that Johnson is.

Practically the entire fantasy football community, which does unparalleled work when it comes to player projections, sees the same thing.

Johnson was was the second-best bet on the board when we compared the betting line for every player prop against the 2018 projections from three different fantasy football sites.

In a clean sweep, all three sets of projections put Johnson over the betting like of 949.5 by at least 82 yards.

Johnson is simply going to have to suffer another serious injury to keep him from hitting this player prop bet.