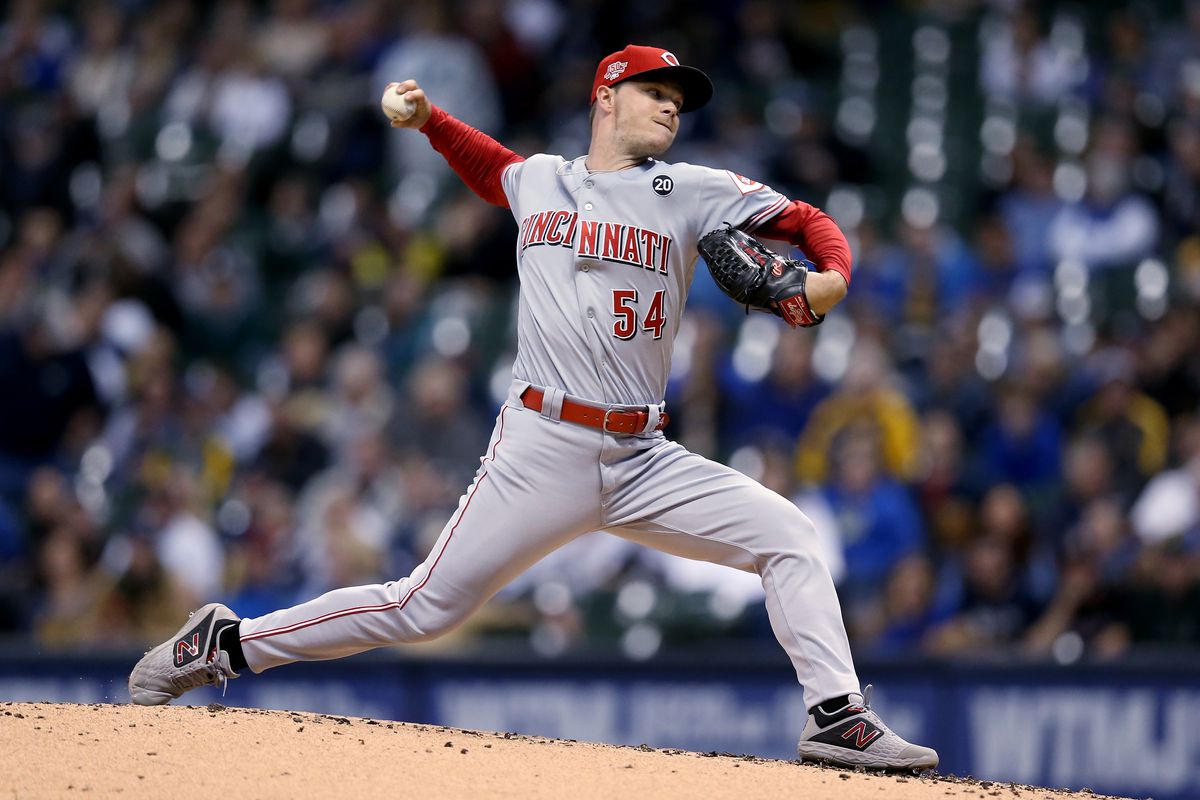 Monday brings a solid slate of 11 games, giving us plenty to choose from as we continue our quest for the best MLB K props.

Unfortunately, the lines on some of our usual favorites are a little too out of wack to attack. For example, we told you last week that the O/U of 7.5 Ks on Gerrit Cole was too low. It was an easy cash for us, but we get no such gifts tonight, as Cole’s line is a much tougher 9.5 Ks.

A quick recap of our long- and short-term record on MLB K Props before we dive into tonight’s card:

Gray has been a picture of consistency in the strikeout department this year, flirting with a 30% kRate and 10 K/9 all season long. 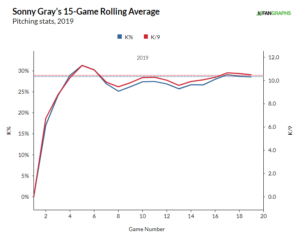 Gray ranks 14th among all starting pitchers with 1.16 K/IP, just a tick behind more-heralded teammate Luis Castillo’s mark of 1.17. The only thing really keeping him from being among the strikeout elite this year in bottom-line numbers is lack of innings pitched — his average of 5.1/game ranks 61st in the league.

That’s a slight concern here, but Gray appears to have settled in and turned a corner over his past four starts:

That includes a start against tonight’s opponent, the Milwaukee Brewers. They’re always a tough team to handicap because, while they strike out at the sixth-highest rate in baseball (9.5/game), they also swing a mighty bat and are capable of chasing any starting pitcher early.

We don’t like putting too much stock in small-sample-size pitcher vs batter splits, but it’s noteworthy that in three meetings vs the Brewers already this year, Gray is averaging 9.0 Ks/game, including a 12-K, 4-hit, 8-inning shutout earlier this month where he rang up a season-high 18 swinging strikes.

The sophomore lefty comes into this one with a nice (for our purposes) combination of a middling strikeout rate and limited range.

Beeks faces his former team for the first time tonight after the Red Sox traded him to Tampa almost exactly one year ago. He’s been excellent for the Rays with a 5-0 record, a 1.27 WHIP, and an ERA of 2.78, but he’s been used exclusively as a middle reliever. This will be just his first start for the Rays; he even pitched out of the bullpen when the team sent him down to the minors over the All Star break.

It’s tough to imagine the Rays giving him much more rope than that against a Red Sox team scoring runs at the second-highest rate in the league.

Even if he’s outing does go a little longer than expected, Beeks’ 20.4% kRate doesn’t provide much cause for concern — he’s ringing up just 0.65 batters per inning over his last six. 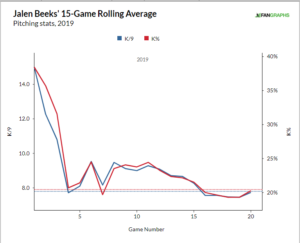 I hate flirting with unders on low K-lines like 3.5, but we should have an edge here based on Beeks’ usage on the season.