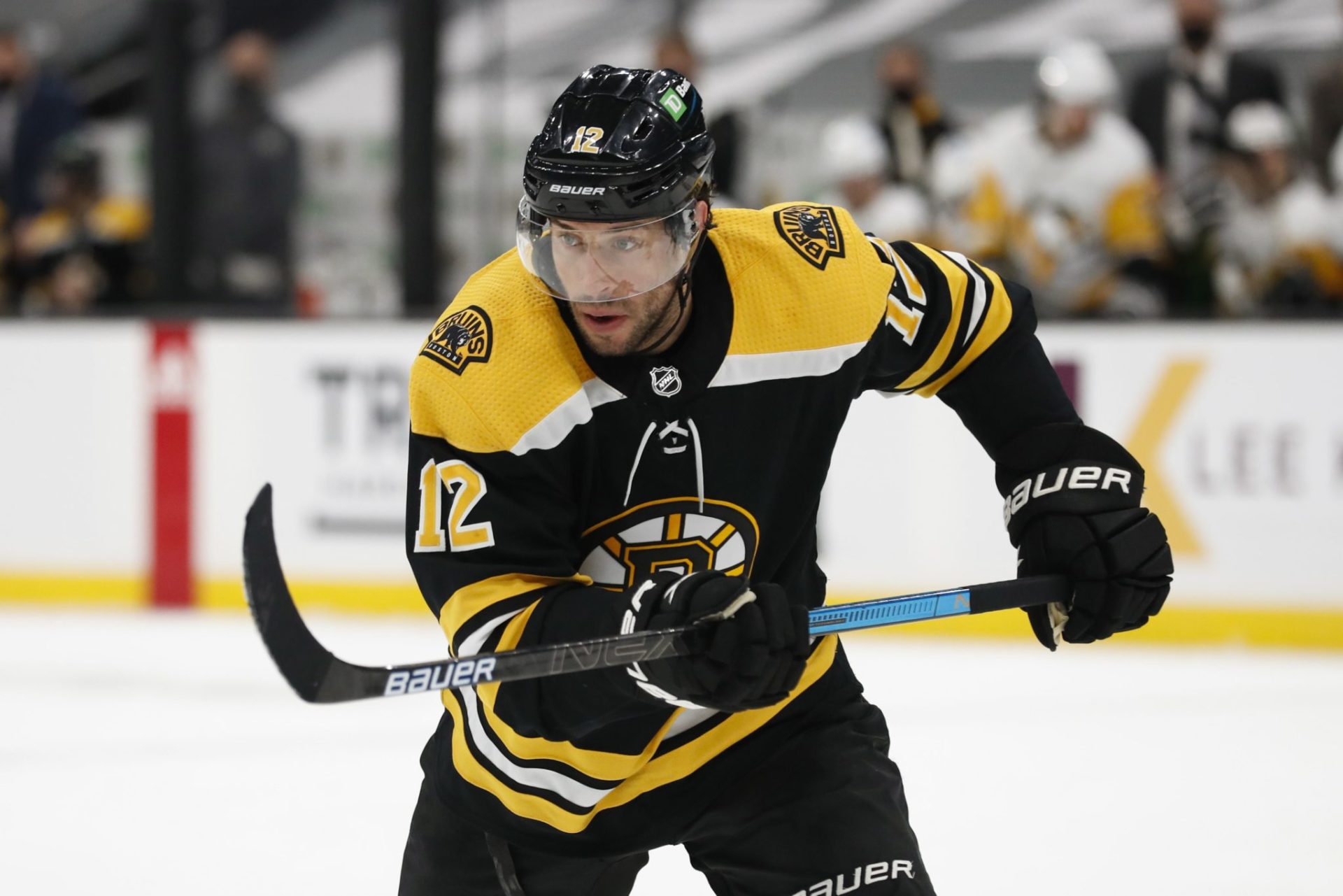 We’ve got more NHL shot props incoming, breaking down another profitable angle on the Bruins’ Craig Smith as Boston heads to Seattle to take on the Kraken.

This angle is similar to the one we played the last time out when we got an easy cash on Ondrej Kase. Like Kase, Smith is being demoted to the bottom-six forward group, a fact not properly reflected in his NHL shot prop betting line tonight.

Let’s keep it going and add another unit to our bankrolls.

If you want all our NHL shot prop picks, plus NBA, PGA, & much more — join us here.

The big factor here is that Brad Marchand returns from a six-game suspension, and that relegates Smith down to the third line, meaning fewer minutes and shot opportunities.

On the season, Smith has gone under this line 53% of the time on the road, but a lot of those overs occurred when he was playing on the top line, which he certainly won’t be tonight.

Smith does a lot of his damage in the area directly right in front of the net, but as you can see from the visual below, Seattle is actually very good in front of the net (reflected in the depressed blue zone in the bottom-left visual) 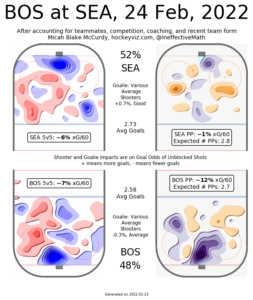 As you can see, Boston does a lot more of their damage from further out in the faceoff circle (reflected by the red in the bottom-right). In 5-on-5 situations, they are also scoring -7% expected goals (xG/60) relative to the league average.

As far as the power play goes, Smith is likely to remain on the second unit; however, Boston is a team that relies heavily on its first powerplay unit, so Smith’s PP time should remain static.

Overall, Seattle has been a solid defensive team in their expansion year, ranking 10th-best in shots against at home, setting up a game script that should work in our favor a lot of the time.