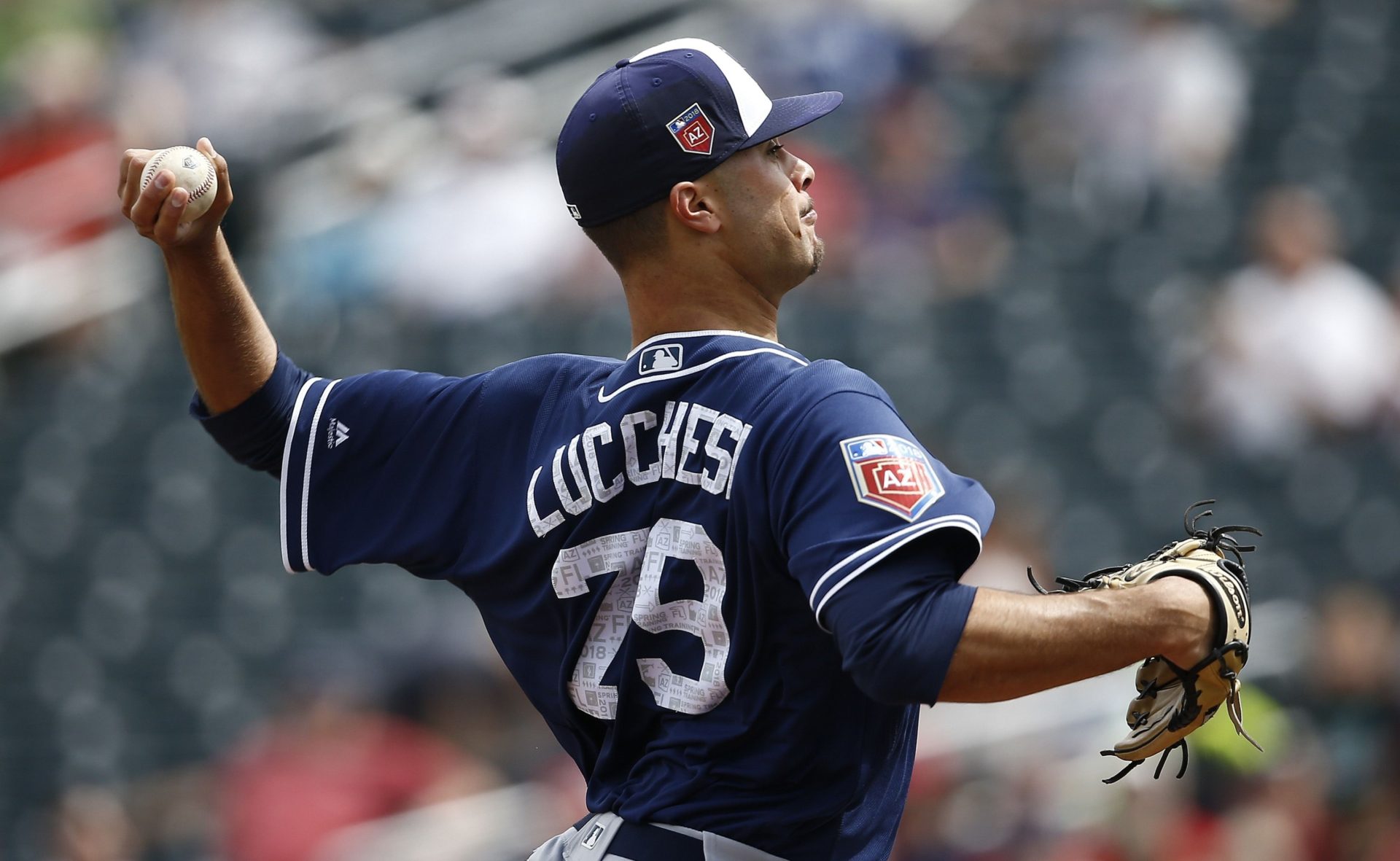 The MLB player props grind goes on as we enter the third week of the baseball season, and tonight’s free play comes from the late slate, as the San Diego Padres (11-6) host the Colorado Rockies (4-12) at 10:10 EST.

Our focus turns to Padres sophomore starter Joe Lucchesi, who, after a 2-0 start, to the season, was brought back down to earth in his last start, giving up seven earned runs in four innings and striking out four. But he’s got a nice matchup tonight at home against a struggling Rockies offense.

Our free article picks are 3-1-1 on the year, while our full picks package is cruising along at 60-34, a 64% win clip. Join here to get in on the ꓘ prop train and get the first week for free.

The problem with the left hander is not his ability to strike people out — his 10.6 strikeouts per nine innings (K/9) is top 10 in the league, while he has an elite kRate of 27.3%. We can expect that he’ll be fanning batters as long as he’s in the game, but unfortunately that often isn’t very long. Last year, he only went over 90 pitches in 6 of 26 starts, and with pitch counts of 87, 83, and 76 over his first three starts in 2019, it’s tough to project him lasting much longer than 5 innings.

Still, the sophomore has plenty working in his favor tonight:

Lucchesi has fared well against the Rockies in his young career. He faced them four times in his 2018 rookie campaign, ringing up K totals of 7, 8, 2, & 6 in those games.

This year, Colorado has struck out 10 times per game, the fourth-worst mark in MLB. In 46 (17 innings) plate appearances against Lucchesi, they:

Lucchesi is in the right ballpark, working as a big favorite, and facing a team that has struggled to make contact so far in 2019 (.279 average and .208 ISO).

He has a good shot to last six innings against this poor-hitting lineup, and with his 10.6 K/9 rate over his last 20 starts, that projects be enough work have a good shot at at least 6 Ks tonight.