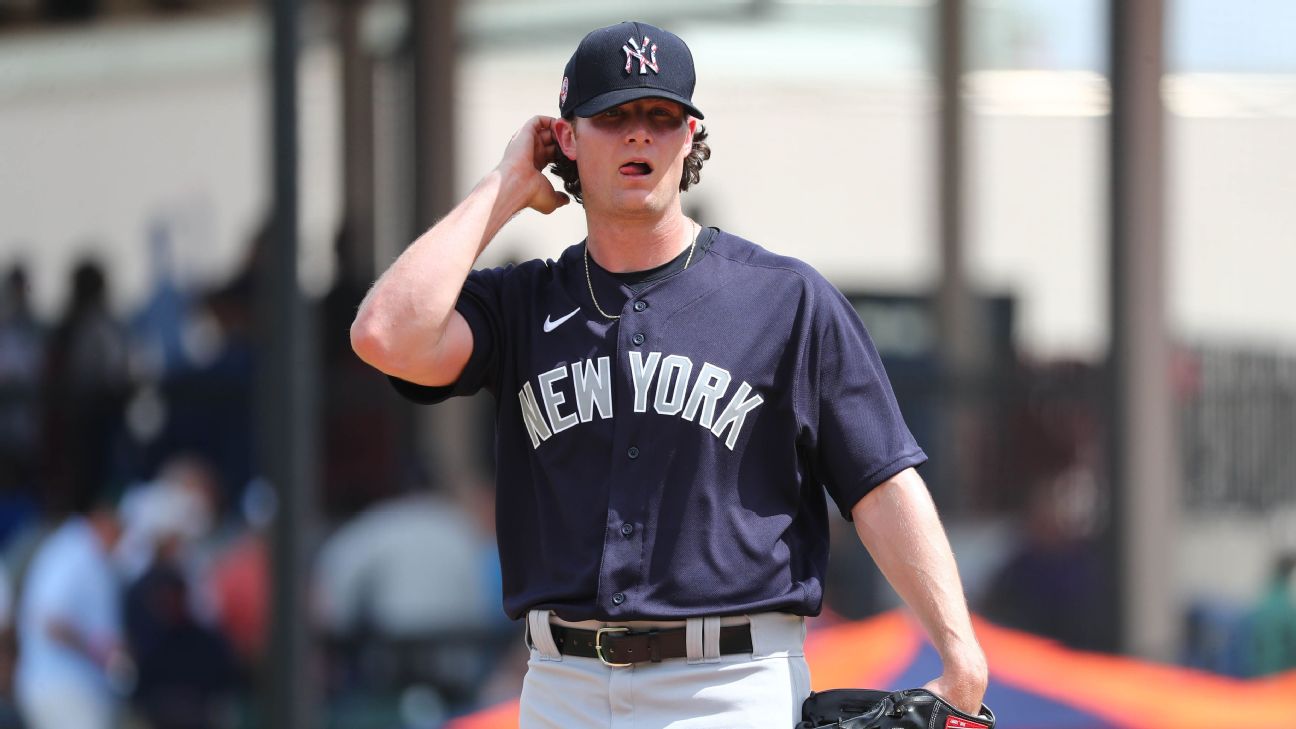 Update for Thursday morning: This line has now moved to -130 on the Prop Builder and is as much as -150 at other books. We wouldn’t play at that price, but it’s still playable at one shop — Pinnacle currently has it O7.5, -113. We’ll alert any others we find in our MLB Slack channel, which you can join for free for the restart with any charitable donation.

And away we go. After hitting almost 60% on MLB strikeout props last year, we’re on deck and swinging for the fences on another profitable summer.

We kick off the year with a fascinating and unexpected line for the Yankees new ace. Cole got paid after leading the league in strikeouts last year, but early on at least, bookmakers don’t see him having the same type of immediate success. Let’s jump in.

We’ll be posting full daily slates of K Props in our community chat all summer, and you can join us for free for the first two weeks. Get full details here, but here’s the short version: make a donation to charity, send us proof, and we’ll give you two weeks of our premium prop service that clients rave about for free!

Let’s get this season started off on the right arm.

Seriously, this line looks a little like a trap, given all we know about MLB’s 2019 strikeout leader, who hit 300 Ks by mid-September and ended up with 373, 35 more than the next-closest pitcher.

Congrats to @astros Gerrit Cole on his 300th strikeout this season… Here’s a breakdown of all 300. That’s a whole bunch of Ks. pic.twitter.com/AaVop0dS3R

He started the season a little slow, but over his final 20 starts, he posted a staggering 41.4 kRate (percentage of batters struck out), while averaging 14.0 Ks per 9 (K/9).

Check out his stats down the stretch.

Cole reeled off nine-straight games with 10 or more strikeouts to finish the regular season, averaging 12.2 in that stretch. His O/U line for Ks was hovering around 10 for most of the last two months. In the playoffs, he faced these Nationals twice, recording 6 and 9 strikeouts.

As a team, the Nationals had the fifth-lowest kRate in the majors last year (21.2%), and they’re certainly no pushovers, but they were slightly more vulnerable to RHPs like Cole, with a 22.6 kRate vs righties. Against Cole specifically, they’ve struck out 34.2% of the time in the last 23 plate appearances.

The lower-than-expected line stems from the fact that most projections have him pitching less than 6.0 innings.

He doesn’t have a recent history of shorter outings on opening day:

Regular season games are so important in this condensed schedule, so the Yankees will need Cole to earn every dollar of that contract.