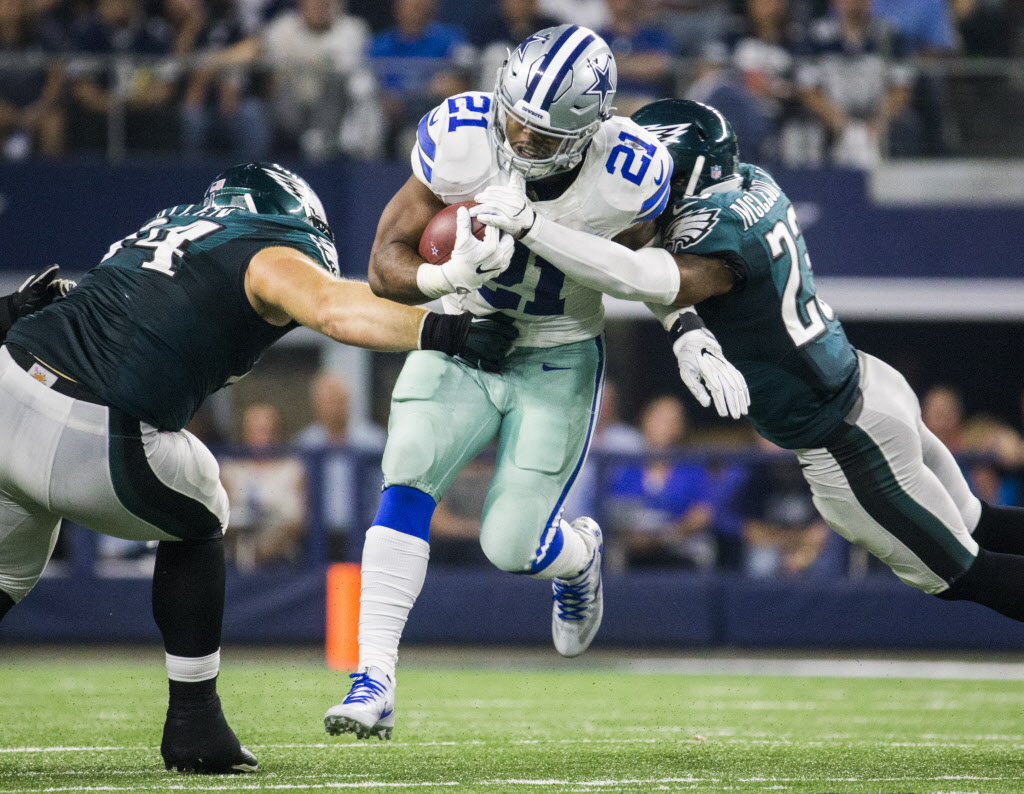 The Philadelphia Eagles are 6.5-point favorites against the Dallas Cowboys on Sunday night Football, and that line will play a prominent role in selecting our top prop picks for this NFC East matchup.

The fact the the Eagles have essentially erased all RBs not named Saquon Barkley this season will also come into play.

Here are our results on the year so far:

At this point, I’m comfortable blindly betting the under on any RB facing the Eagles, but this high number is a nice bonus.

If you’d bet the under on rushing yards for every RB against the Eagles, you’d be a prop sharp with a tidy 7-1 record. The only exception would have been Saquon Barkley’s 130 yards.

No other RB has gone for more than 42 yards.

Not only are teams not able to run on the Eagles, but they’ve mostly given up trying.

Elliot has averaged 85 yards on 18.6 carries this year, but his Cowboys are big road underdogs. Even if the rushing volume is somehow there, it’ll take a special effort from Elliot to overcome this number.

Check out more of our SNF prop bets at The Action Network Picks.