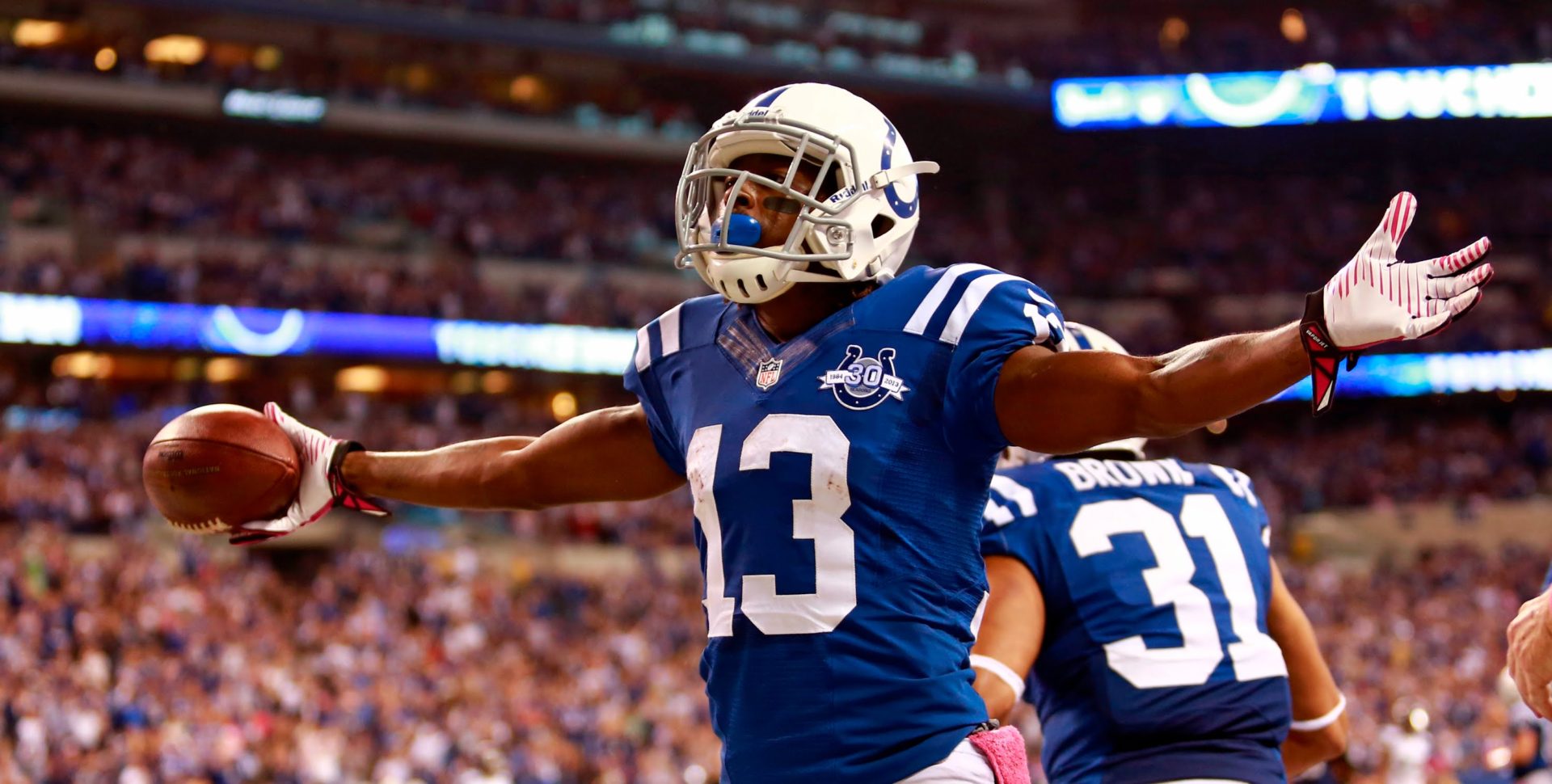 What a difference a quarterback makes. That’s true for a lot of wide receivers, but perhaps none more so much as Colts deep threat T.Y. Hilton.

Hilton’s statistical output is heavily tied to the health of Andrew Luck, and as a result, the 5-foot-10, 180-pound speedster is set to smash his yardage prop bet line.

The 1,050.5 line is clearly low, and unfortunately you’re paying for the pleasure at odds of -150, which implies a 60 percent chance of success.

That’s a lot of chalk, but it still has the potential to be a profitable bet, based on what we’ve seen from the Hilton-Luck connection in the past.

A Night at the Hilton

Hilton has been one of the league’s premier WRs since bursting on to the scene with a 50-catch, 861-yard season as a rookie.

Since his 2013 sophomore season, Hilton’s 5,966 receiving yards are the fourth-best in the NFL, behind only Antonio Brown, Julio Jones, and Demaryius Thomas. He’s also seventh in targets in that time with 669.

He’s surpassed 1,083 yards (well above our betting line) in each of the last five seasons but one, and he led the entire league in receiving with 1,448 yards in 2016. 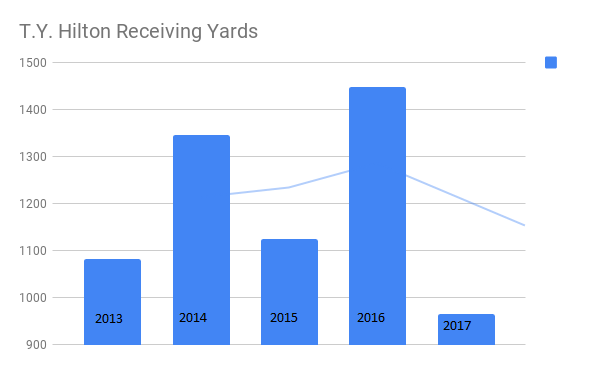 The outlier here is 2017, and it did not include a single pass from Luck. While Hilton still managed 966 yards while catching passes from Jacoby Brissett, he was nowhere near the crusher he was with Luck under center.

It’s startling to look at the difference between Hilton with his favorite QB and without.

Hilton averages 34 percent more yards with Luck under center than without, while his targets increase by 29 percent.

The 1,319 per-season average he has with the superior QB beats our target line by 268 yards.

In related news, Luck is back and a full participant in Colts training camp.

When it comes to projecting players for a full season, the fantasy football industry is leading the way.

We’ve compiled the projections from some of the best in the business at forecasting player performance, and Hilton was one of the clear standouts.

You can check the link for a full explanation of this table, but what it shows is that all three sets of projections have Hilton surpassing his over/under total of 1,050.5 yards.

ESPN’s Mike Clay, one of the most respected fantasy rankers around, sees what we see — Hilton easily annihilating his yardage total by more than 200 yards.

If Luck is indeed the Colts QB once again in 2018, and we have every indication that will be the case, Hilton has an excellent chance to hit the over.

As a bonus, he’s been one of the most durable players in the league, so you’re unlikely to lose this prop bet due to injury. Hilton has missed just two games in his six-year career.