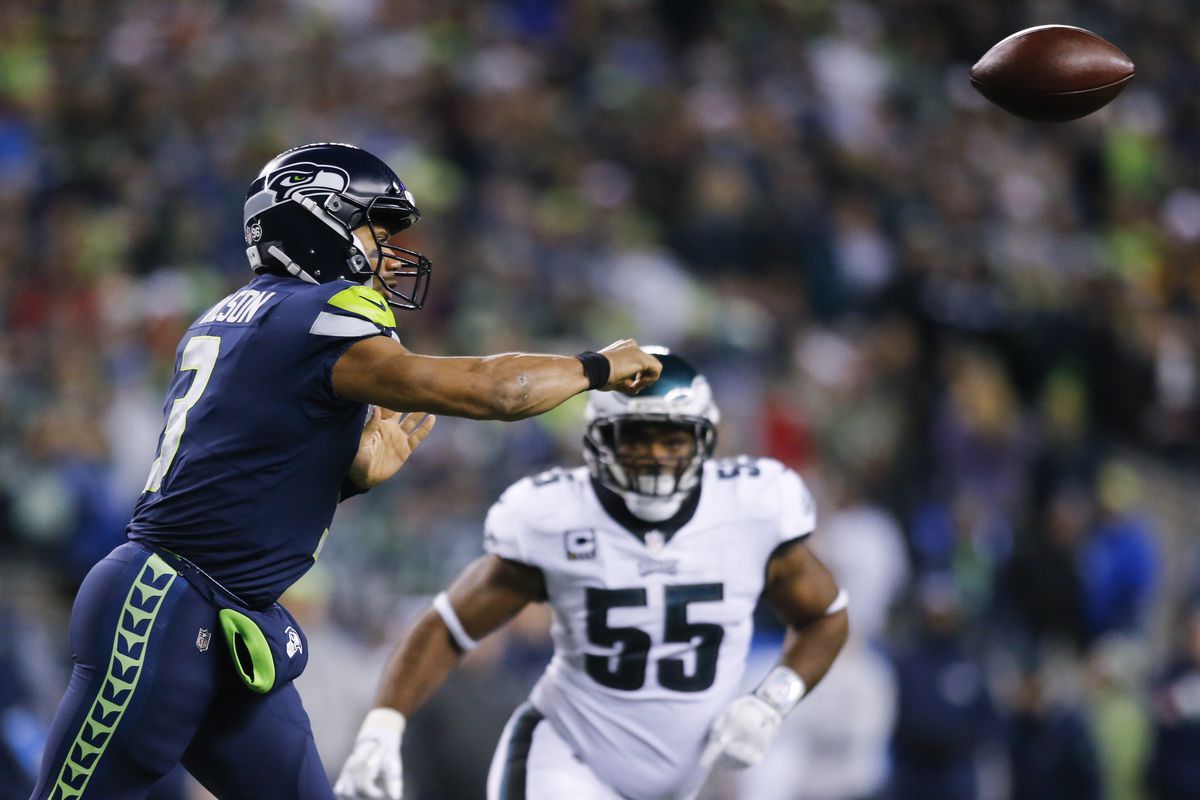 Sometimes a cigar is just a cigar.

It’s easy to talk yourself into either side of almost any betting proposition, but every now and then one comes a long that requires very little analysis other than how much to bet.

Russel Wilson’s interception prop betting total is just that — the free square on the bingo card.

When we published our prop betting cheat sheets for QB INTs, Wilson’s over/under for INTs thrown in 2018 was listed at 15, but it’s since been dropped to 13.5 at betonline.ag.

That line is still not low enough, and here’s why.

At the risk of over simplifying things, that’s what this bet comes down to.

In his six years in Seattle, Wilson has never tossed more than 11 interceptions, averaging just 9.3 per year over that stretch.

I have no idea what makes bookmakers think he’s suddenly going to throw 23 percent more interceptions than he ever has in his six-year career. Sure, the Seahawks will be playing from behind more than they have in the past, and they did nothing to address a poor offensive line, but still, why the large projected spike?

His 56 career interceptions are the the seventh fewest among all quarterbacks with at least 2,000 pass attempts since he entered the league in 2012.

When accounting for total attempts, he looks even more impressive.

Wilson is among choice company when it comes to interception rate. He throws a pick on just two percent of his passes, better than Drew Brees, and just behind Aaron Rodgers, Tom Brady, and Alex Smith.

Rodgers, Brady and Smith all have a interception over/under totals which have been set at 9.5 for 2018.

Even Brees, who throws more raw interceptions than Wilson, and also throws them at a higher rate, has a projected total of only 12 INTs for 2018. He’s tossed 15 or more picks nine times in his career, including 22 interceptions in 2010. Again, Wilson has never thrown more than 11.

Why exactly is Wilson being projected to throw more interceptions than all of these players, when his historical rate over a large sample tells us he takes care of the ball as well as any of them?

I can’t tell you why bookmakers have a projection that is so out of line with historical norms, but I’m not going to quibble.

The chances of Wilson’s interception total suddenly spiking after six years of extreme consistency in that department are certainly less than 50-50, so I’ll happily that that bet.