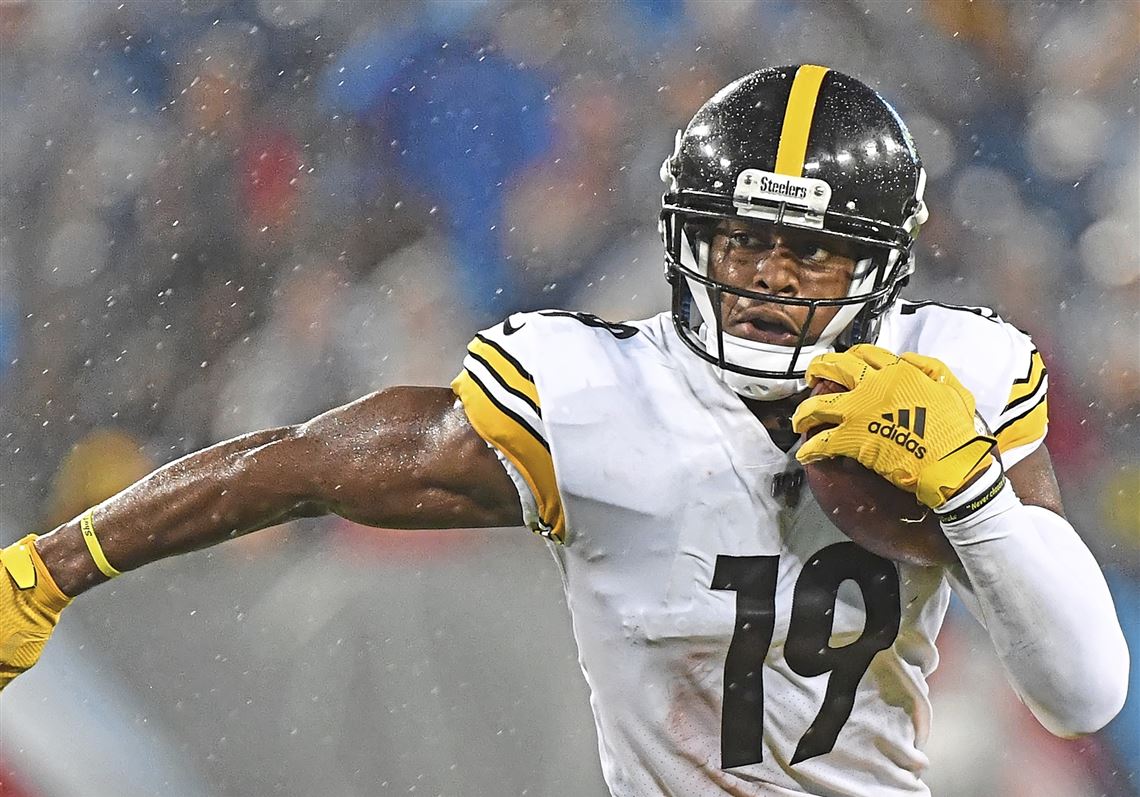 Earlier this week, we looked at two other lines that looked soft, and the Smith-Schuster receiving yards line is particularly vulnerable as well.

Here’s why Smith-Schuster’s player prop receiving line could easily be eclipsed by Week 14.

We aim to have a two-game cushion on any season-long overs to account for the possibility of missed time due to injury, and Smith-Schuster’s O/U of 1,250 yards fits the bill.

Editor’s Note: Our NFL player prop packages are here. Get the early bird price and save — packages starting at just $59.95 for the full season.

The third-year wunderkind went for 1,426 yards last year despite having one of the all-time greats in Antonio Brown drawing 168 targets across from him. Smith-Schuster won’t get all of those now that Brown is a Raider, but there’s no reason to believe he’ll many fewer than the 166 attempts Ben Roethlisberger sent his way last year, either. And a 200-target season is a realistic possibility.

The Steelers aren’t going to suddenly change their stripes. Starting with the most recent season, here’s where they ranked in total pass attempts: 1st, 2nd, 14th, 15th, & 6th. At worst, they’ll pass at a median rate; more likely, they’re among the league leaders again.

Multiple Football experts and analytical models concur. Let’s compare an aggregate projection of five different fantasy experts (via Fantasy Pros), along with projections from RotoViz – some of the sharpest guys in the industry – against the line.

I would describe fantasy projections as a mean outlook leaning towards conservative. Even so, Smith-Schuster’s consensus forecast beats this betting line by 11.6%. RotoViz gives JuJu 179 targets and sees him beating this line by an incredible 25.44%.

They’re not looking through rose-colored glasses either — with so much vacated volume, it’s difficult to come up with non-injury scenarios where the new top dog in Pittsburgh gets less than 160 targets.

You should be approaching the over on any NFL season-long prop with caution, but this one is too good to pass up.

Cross your fingers for an injury-free season and enjoy your Christmas prop bonus.