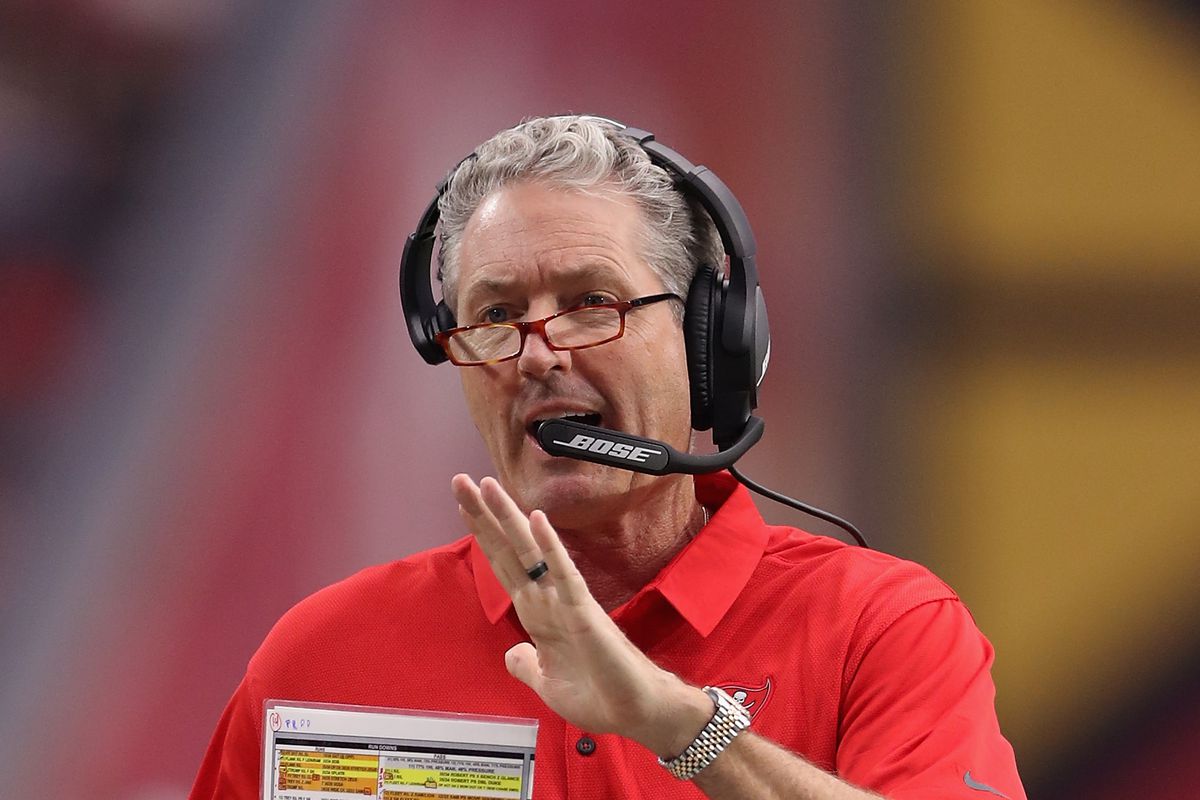 Coaches are hired to be fired, and you can bet that at least a few will be handed the pink slip in 2018.

Well, you can’t make that exact bet, unfortunately, but you can bet on who will be the first coach to be fired. Here are the odds on that prop bet. 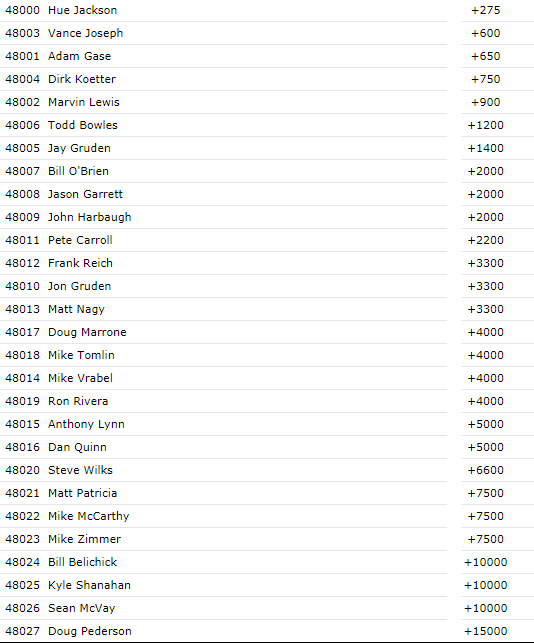 The two top candidates at Bet the Prop HQ are Hue Jackson of the Cleveland Browns and Dirk Koetter of the Tampa Bay Buccaneers.

Considering the respective payouts, Koetter may be the best value on the board.

Hue Jackson is Made of Teflon

Five coaches are listed at +900 or better to be the first to be fired, with Hue Jackson the big favorite at +275. Given that Jackson has won just one game and lost 31 over the past two seasons, it’s easy to see why.

But this is one chalky bet that you’d be best advised to avoid. Jackson has already survived a regime change in Cleveland this offseason, and that’s significant. After bringing in John Dorsey as the new GM in the offseason, many figured Jackson’s dismal was inevitable. The fact that Dorsey kept Jackson on despite the worst two-season coaching stretch in NFL history makes it more likely he’ll survive this season, at least. The time for a new GM to fire an old coach is usually when he takes over.

For Dorsey to fire Jackson six or seven games into the 2018 season would be for him to admit that he made a mistake in keeping Jackson on.

Also, keep in mind that the Browns should be much improved this season. Thanks to four selections in the top 35 picks, they have a huge infusion of talent. They also brought in Tyrod Taylor, who took one of the worst rosters in the league in Buffalo to the playoffs last year, as well as Jarvis Landry, a wide receiver who is third in NFL receptions over the past two seasons.

The Browns win total has been set at 5.5, which means oddsmakers see big improvement coming. As long as the Browns show improvement, and it would be hard to get any worse, Jackson should be safe in 2018.

The Tampa Bay Buccaneers welcomed back Dirk Koetter for a third season as head coach, but who knows why. The former offensive coordinator in Tampa Bay and Atlanta has run a bland, uninspiring offense while compiling a 14-18 (.438) record over the past two years.

Last season saw the Bucs sink to a lowly 5-11, leading to speculation that Koetter would be released in the offseason. While that didn’t happen, Koetter is sure to be on the hot seat from Week 1.

He won’t have the services of his starting quarterback for the first quarter of the season after Jameis Winston was suspended for four games.

Making matters worse, Tampa Bay’s schedule is a murderer’s row, especially over those first four games. They face three elite playoff teams right off the bat, opening against the Saints (11-5), the Super Bowl Champion Eagles (13-3),the Steelers (13-3), and what should be a much-improved Chicago Bears team (5-11).

They could easily be staring down the barrel of a 0-4 start.

It doesn’t get any easier the rest of the way, as the Buccaneers face the fourth-toughest schedule in the league based on their opponents’ 2017 record.

Koetter is going to be under fire from day one. However, it’s worth noting that the Glazer family has never fired a coach during the season.

Adam Gase was supposed to be a whiz kid coach in the mold of Sean McVay, but with a 16-17 record in South Florida so far, things haven’t worked out that way. Though they get their starting QB, Ryan Tannehill, back for the 108 season, Dolphins have done little improve the roster. If Gase doesn’t show well early, he could be shown the door.

Marvin Lewis has the fifth-best odds to be fired first, but he’s been the head coach in Cincinnati for 15 years. It’s hard to see any scenario where he’s fired at all, never mind in season. These odds are nowhere near long enough to place a bet on.

Vance Joseph bombed in his first season in Denver, but a new QB in Case Keenum, who lead the Vikings to the best record in the NFC last year, should go a long way to improving the Broncos.

Another contender worth a look is Jay Gruden, who is 28-35 in his four years in Washington, leading the team to the playoffs just once in that time. Owner Dan Snyder has never been known for his patience, and it could be running out in the Nation’s capital.