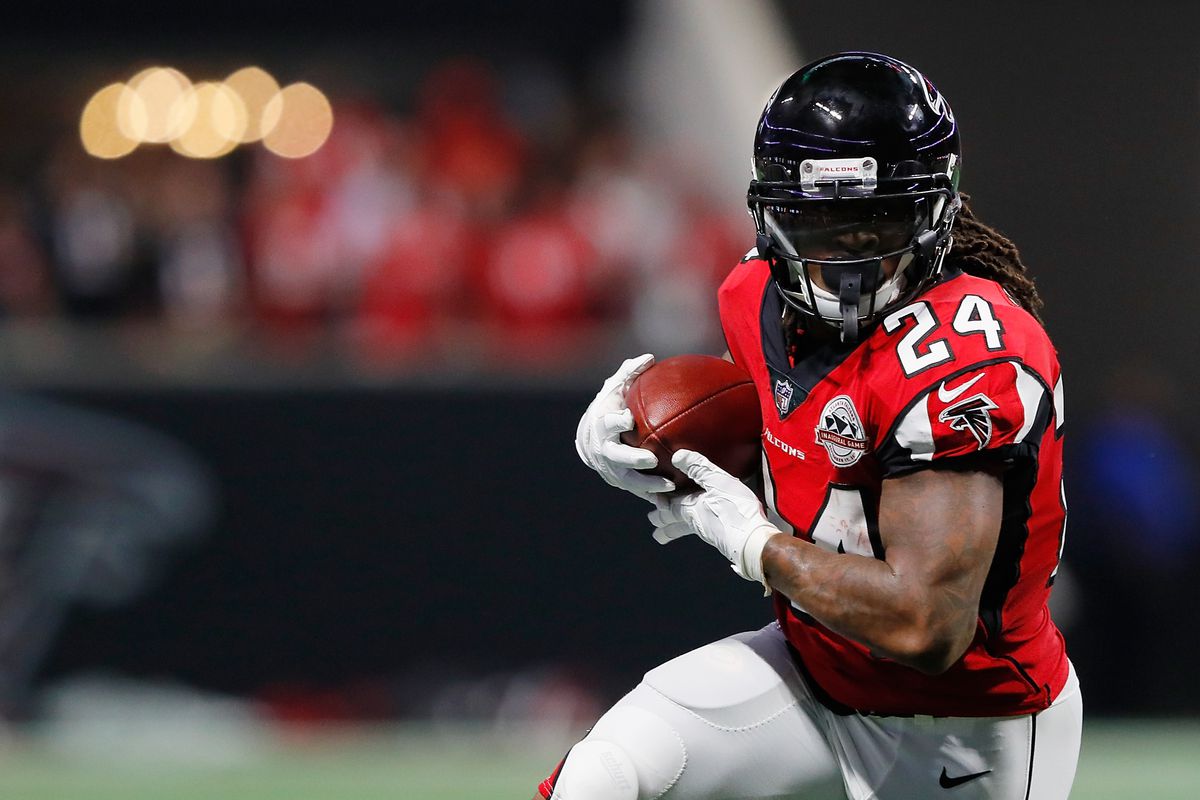 Devonta Freeman heads in to the 2018 season in a very similar situation to the previous few years.

He’s got the same quarterback, same competition at running back, and the same head coach and offensive coordinator. The bookmakers have plenty of relevant history to work with, so we know the rushing line prop is going to be a tight one to beat.

It’s been set at 959.5 rushing yards for the season over at betonline.ag, with equal juice on both sides.

It’s a number that Freeman has surpassed in two of the past three seasons. However, his rushing numbers went south after new offensive coordinator Steve Sarkisian took over at the start of 2017.

Freeman was still solid in 2018, but he had fewer carries. That’s due to a combination of the Falcons not being nearly as good  as a team – leading to fewer overall rushes – and Freeman missing two games.

Great news, right? Perhaps, but there is one troubling trend here.

That worry is the steady and significant decline in Freeman’s rushing market share. [1]Rush Attempt Market Share is the percentage of the team’s total rushing attempts that a player receives. In 2015, under former offensive coordinator Kyle Shanahan, Freeman received 63 percent of Atlanta’s rushes, but that number slipped to 46 percent last year — a 27 percent drop.

That’s a significant loss of volume and a concerning trend for bettors backing the over.

At the same time, we can see that Tevin Coleman’s share of the rushing work has increased in each of the last three years. 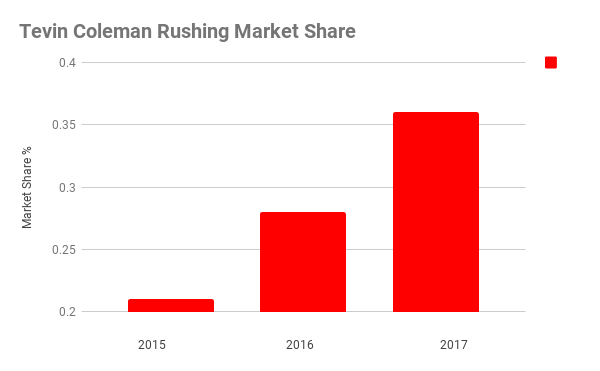 Coleman has been cutting into Freeman’s work, and there’s no reason to believe that trend will suddenly change. Running back by committee is becoming the rage in the NFL as teams try to keep their RBs fresh and the opposing defenses on its toes.

Strength of Schedule and Projection

Another bit of bad news for Freeman is that his schedule doesn’t set up well for rushing success. Strength of schedule (SOS) projections are somewhat subjective and difficult to pin down, but at least two sources have the Falcons with a bottom-third in SOS for RBs.

Meanwhile, Fantasy Pros projects Atlanta with a tougher RB schedule than all but seven teams, and while we shouldn’t put too much stock into SOS, it’s certainly a factor to consider.

Let’s attempt to get a baseline projection for Freeman using the tools at FF Draft Prep.

Assuming he has a similar rushing load to last year, and using his 4.4 yards-per-attempt career average, we get the following projection.

How many carries does Freeman need to hit our 959.5 rushing yard threshold? The answer is 219. Getting that many carries would require about a 52 market share, a mark he fell six percent short of last season.

As expected, this is a very tight prop betting line with little room for error.

A peek RB Yardage Prop Cheat Sheets reveals that there is virtually no value to be found in a bet on Freeman either way.

Considering the Falcons’ trend toward more of a committee approach at RB, their tough schedule, and the always-present risk of injury, approaching 1,000 yards again is a tall task.

The over is certainly within reach based on his historical per-game numbers, but we’d likely need to see a reversal of the market share trend which we’ve witnessed in recent years. It’s also possible that Coleman continues to eat away at Freeman’s volume.

In all this bet is probably best to fade altogether, but we’re leaning towards playing the under.