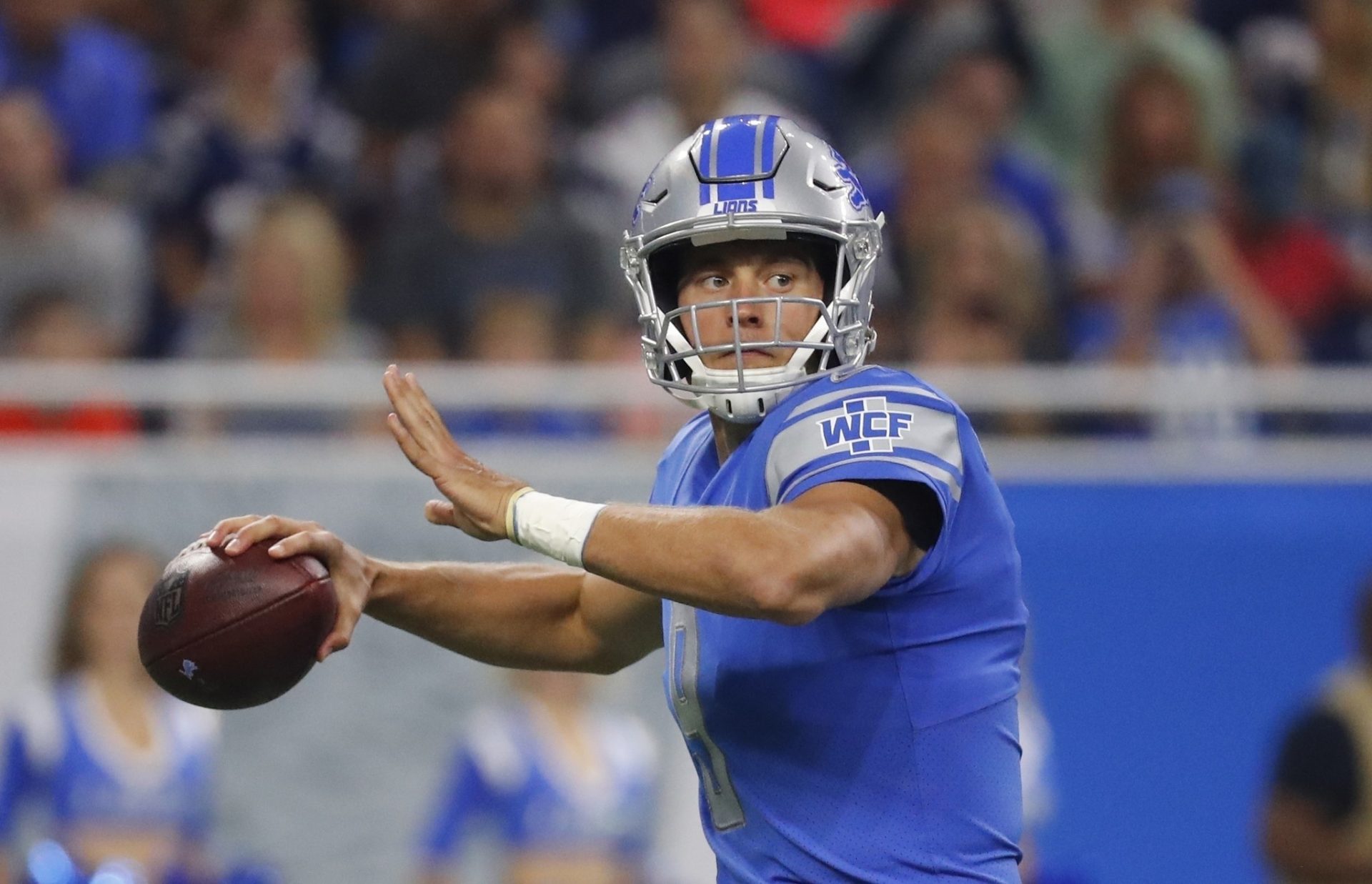 Volume is king, and we’ll once again be zeroing in on player workloads as we break down some of the best Week 13 prop bets.

Whether it’s prop bets or DFS, determining what kind of volume a player will get is the name of the game.

We’ve been doing well by focusing on volume in our head to head prop bets at Betonline in recent weeks. Wagering on completions, receptions, and carries takes away some of the variance involved in yardage bets.

Last week, we went 2-1 in this space, only missing out on 3-0 when Danny Amendola left the game with a knee injury. Volume will once again be on the agenda this week, a week that started out ablaze with a perfect 4-0 record on Thursday Night Football.

Playing at home against the high-flying Rams, and likely to be without star rookie RB Kerryon Johnson, any hopes of a Lions upset rests on the arm of Matthew Stafford.

He’s averaging 24.7 completions per game, and without Johnson to lean on last week, he completed 28 passes against the Bears, his second-highest total of the season.

Newton, meanwhile, is competing 22.3 passes a game. With Christian McCaffrey rolling along at 5.5 yards per carry over the last month, I expect the Panthers to continue to press the run against Tampa Bay.

That was the game plan when these two teams met in Week 9, as Newton completed 19 passes on 25 attempts – his second-lowest total of the season – while McCaffrey had 17 attempts, the second-most carries all year.

The bottom line here is that Golladay appears mispriced in the custom prop betting tool. If you want something with a little less chalk, you could try pitting him against:

I have all those receivers seeing fewer targets than Golladay this week, as the Lions’ alpha receiver has dominated work since Golden Tate was traded.

And as we’ve already touched on, the Lions are likely to be airing it out against LA.

I ended up picking Lockett to play against Golladay for two reasons:

The only guy that’s a bigger ball hog than Golladay these days might be Stefon Diggs, whose 29 targets in two games since returning from a rib injury is the best mark in the league. And in the two games before his injury, Diggs racked up 26 targets, giving him a total of 39 receptions on 51 targets in his last four appearances.

The downside is Diggs is likely to see a lot of shadow corner Stephon Gilmore. But he’s been a little leaky in recent weeks, giving up seven receptions to Corey Davis, and six to Davante Adams.

As for Landry, he’s always been a volume play, but with the Browns doling out heavy doses of RB Nick Chubb, that volume just isn’t there of late. Between Weeks 6 and 8, Landry had target totals of 10, 15, and 12. In the three weeks since, those totals have dipped to 7, 5, and 5.

A date with the Texans is unlikely to bring relief — Houston allows the eighth-fewest yards to opposing WRs.