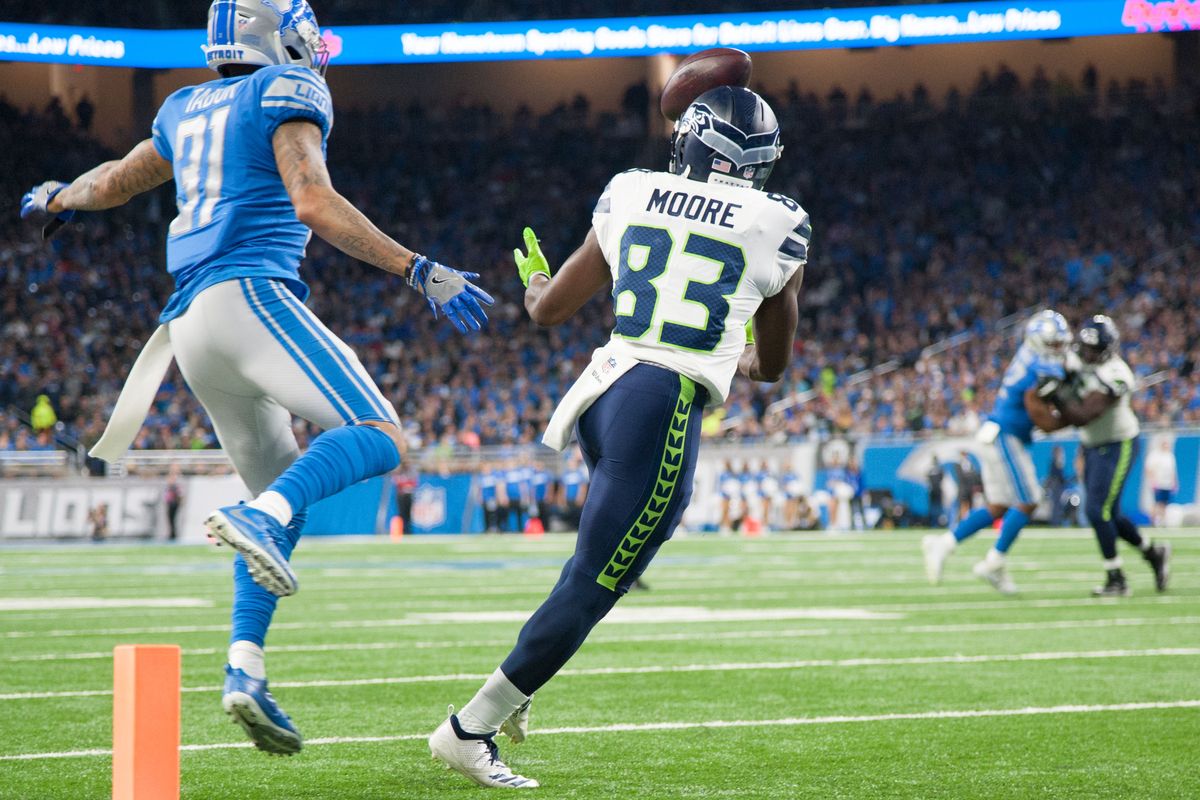 by Cody ByreNovember 24, 2018December 22, 2022
In a week with the Rams and Chiefs on a bye, and the Saints, Packers and Vikings all off of the main slate, this week might not match up to the standards set by the insane scores and high-flying offenses of 2018 so far.
Fortunately, there are plenty of opportunities to profit on player props by taking advantage of some suspect lines in the Carolina-Seattle game.
Check out our best Week 12 head to head prop bets here, and the main slate picks here.

The Panthers WR injury situation needs to closely monitored here.
Smith is coming off of a four-week absence (knee), and both DJ Moore and Curtis Samuel have performed well in his absence. However, Devin Funchess is doubtful, and so Smith could be forced into more snaps and targets as a result. He’s also is also the type of WR who could burn us on a single catch.
My main confidence in this prop comes from the Fantasy Labs Prop tool, which projects Smith for under 15 yards, a 55% difference once the odds are taken into account. This is the highest rated prop of the slate so far.

This also depends on an injury. Doug Baldwin is a game time decision, and if he sits, that would boost Moore’s market share.
However, Moore has still yet to pass four receptions in a game, hence the odds being -140 on the under. He’s currently projected for 2.6 targets. With the way the Seahawks want to run the ball, and Vegas projecting a close game (Panthers are favored by 3 points), game flow could promote the run.
The Panthers also rank 30th in DVOA against the TE according to Football Outsiders. I expect a boost in market share for the Seahawks TEs, which could limit WR production, if we can assume rational coaching…

If the injury situation Baldwin works out in our favor, it’s another potential spot for profit.
Moore is projected for only 34.6 yards, giving this another Bet Quality of 10 in the tool. He’s only gone over 47.5 in two of seven starts, though he did hit 47 another time.
The Seahawks were forced to throw more in their last three games due to negative game script. If they’re able to keep it close, I expect them to get back to milking the run game at a league-high rate of over 51 percent, a full 3 percent higher than the-next closest team.
previous post