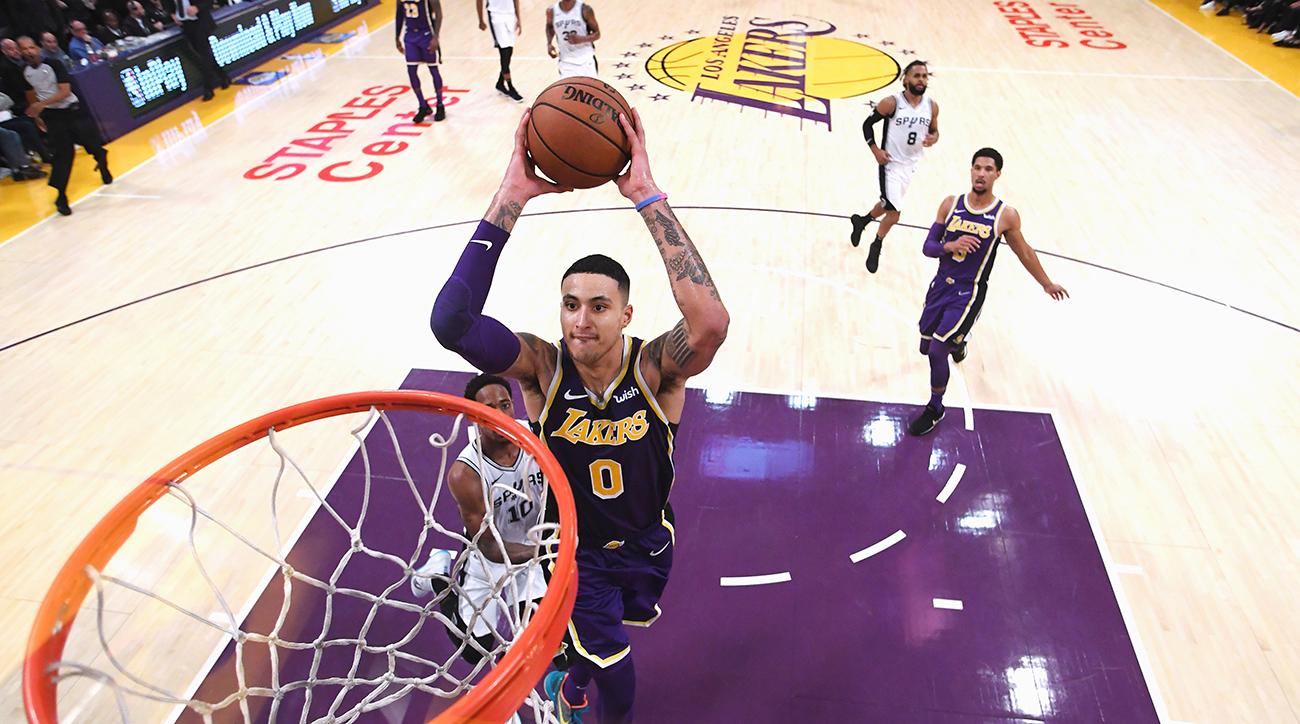 Tonight’s best NBA prop comes from a five-game slate and the late game (10:30pm EST) between the Lakers and Jazz.

As with many of NBA games at this time of the year, the blowout factor is very real, and particularly so in this one, which has a spread of -15.5 in favor of Utah. And that means we’re looking at an under tonight.

Since returning from his ankle injury on 3/12, Kyle Kuzma has been struggling with his shot. In that eight-game span, he is averaging 17.1 points per game (PPG) on 38% shooting (16.1 FGA) in 34.5 minutes. LeBron James missed two of those games versus the Pistons and Bucks, and in those, Kuzma shot a combined 9-31 for 14.5 PPG.

Kuzma draws a tough matchup tonight vs Derrick Favors and the Jazz.

Utah starting PF Derrick Favors is ranked fifth out of 98 PFs in defensive real plus-minus, while their starting center, Rudy Gobert is also a beast in the paint – he’s tops in DRPM among every center in the league.

Another positive is that this a pace down spot for the Lakers. They’re fifth in the NBA in pace, while the Jazz are ranked 15th.

As mentioned, oddsmakers are also predicting a blowout in Utah, with the Jazz coming in as 15.5 point favorites. If it plays out that way, Kuzma’s minutes could certainly be affected.

The Lakers projected total as a team is also sitting at 101 points, which is a whopping 10.9 points below their season average. This is because the Jazz let up the fourth fewest points per game and are ranked first in defensive efficiency as a team.

The Jazz have done a great job at shutting down Kuzma, and we’re looking for that to continue tonight even without LeBron in the lineup. The Jazz need this game for playoff seeding, so I’m expecting a dominant effort on both ends of the floor.