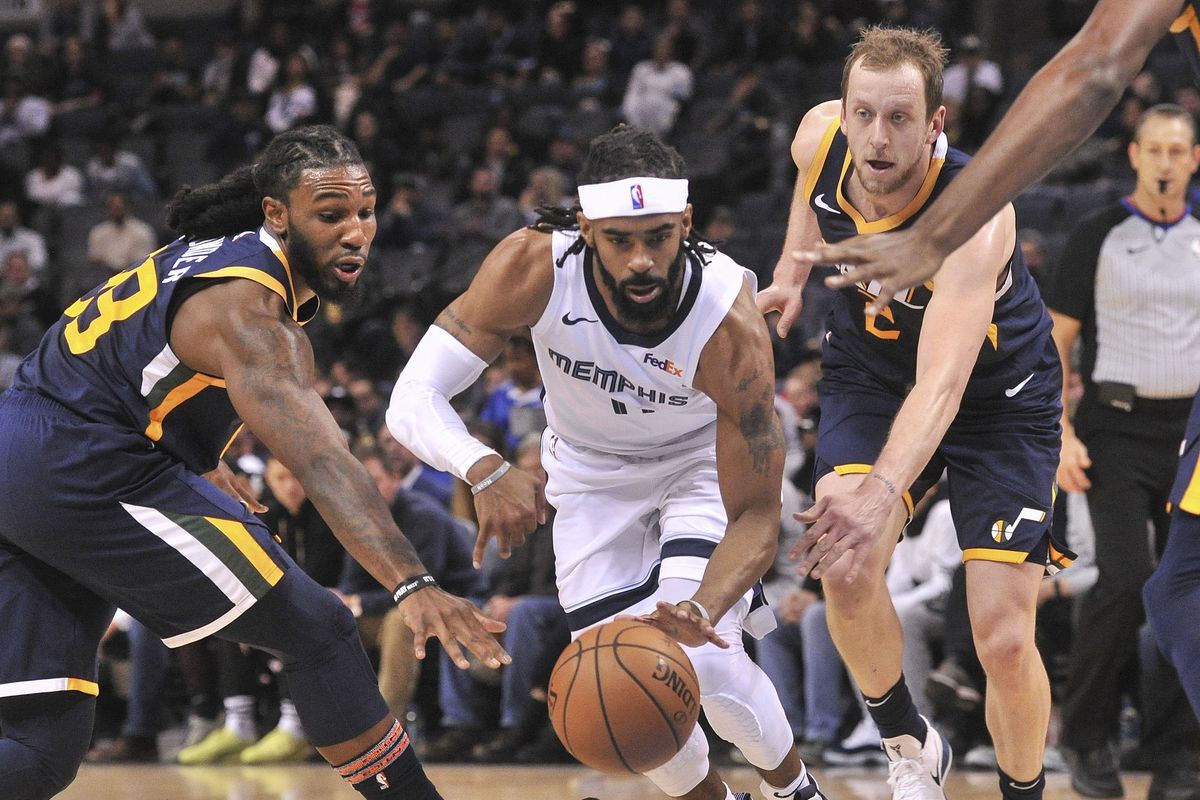 The NBA slate has a nice six games on tonight, and our best NBA player prop comes from the matchup between the Memphis Grizzlies and the Atlanta Hawks.

Full disclosure — we’ve been a touch cold of late after an insane run. To be fair, we’ve suffered multiple half-point losses over the past week, including one where Bradley Beal missed a last-second free throw to fall short. Still, our NBA props record stands at a sturdy 22-13 (63%).

Tonight we zone in on a beautiful spot for Mike Conley.

Conley has been on a tear over his past three games, all against very good defenses, and now he faces one of the worst defenses in the league.

A nice plus here is that after Sunday’s game vs the Magic, the Grizzlies coach J.B. Bickerstaff said that he wants Conley to attempt a minimum of 18-22 shots going forward.

Conley draws a dream matchup versus the Atlanta Hawks. Versus opposing Points Guards, the Hawks:

He will also be matched up with Trae Young for the majority of the game, who is quite possibly the worst defender in the NBA. Young is ranked 502 out of 502 players in defensive real plus-minus (DRPM). Their backup point guard, Jaylen Adams, ranks 53rd out of 96 PGs in DRPM.

As a team, the Hawks play pathetic defense as well. They allow the most PPG in the NBA and rank last in DEFF. They also present the Grizzlies with pace-up spot — the Hawks rank second in the NBA in pace, while Memphis comes in 30th in pace.

In one game vs the Hawks this year, Conley scored 16 points on 6-13 shooting in 25 minutes.

In this matchup, Conley should be expected to play closer to 35 minutes if the game stays close. Oddsmakers have the spread at 1.5, so that should be the case, and I’m looking for Conley to take around 20 shots versus the worst individual defender in the NBA.