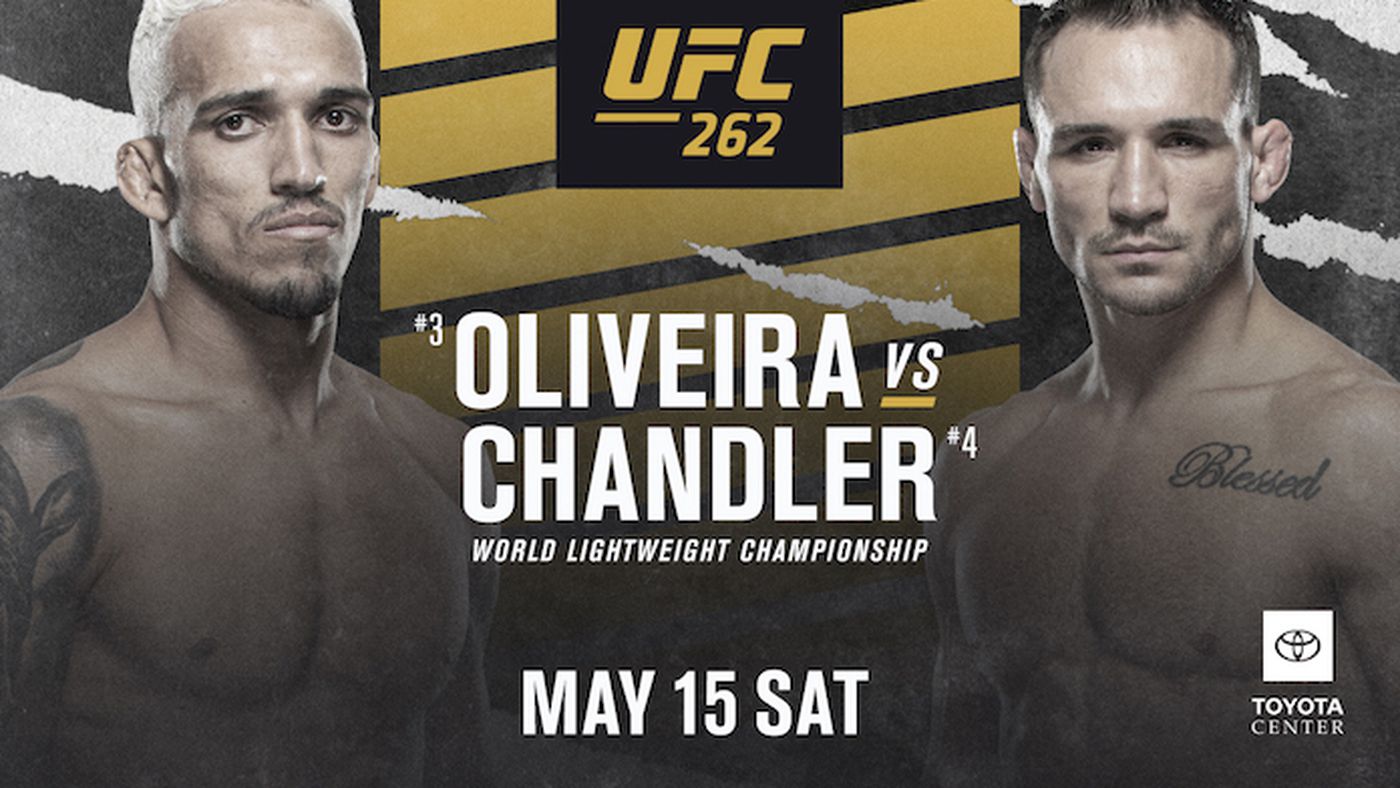 Our weekly article has cashed four out of our last six, and we look to keep it rolling with more UFC props and best bets with this free lean on the main event. If you want even more action, we’ve got two official plays: —  unlock it all with a UFC Fight Pass for $19. Here's my record.

Chandler is an athletic, strong, explosive, and intelligent fighter with good cardio, making him a very tough out. Technically speaking, Chandler's bread and butter since day one has been his wrestling. Takedowns followed up with strong top control, staying busy from guard. In addition to those skills, training under the wing of Henri Hooft has paid dividends for Chandler’s striking game.

Oliveira is a man who's paid his dues, and at 31-years old finally has an opportunity to become champion of the marquee division in the UFC. Strong wrestling, excellent Brazilian Jiu Jitsu, dangerous striking skills make Oliveira the entire package.

I think this fight boils down to just how good is Chandler’s chin at this point in his career. If he can take the striking of Oliveira, he'll win this fight around 65% of the time. The athleticism, wrestling, cardio, and fight IQ all lean to the corner of Michael Chandler. Chandler has the ability to dictate when this fight hits the mat, and in 27 career fights, he has never been submitted.

That said, he cannot get into extended scrambling sequences with Charles. Chandler needs to use his wrestling to get the fight to the mat, stay in Charles's guard, and shut down all his submissions from full guard. Charles is going to constantly be looking for submission, sweeps, scrambling opportunities.

All that action from his back against such a strong guy like Chandler should wear him out. I think Charles has about 10 minutes at the most to knockout/submit Chandler, after that point Chandler takes over.

Prediction:  Chandler knocks Oliveira out late in round 3.