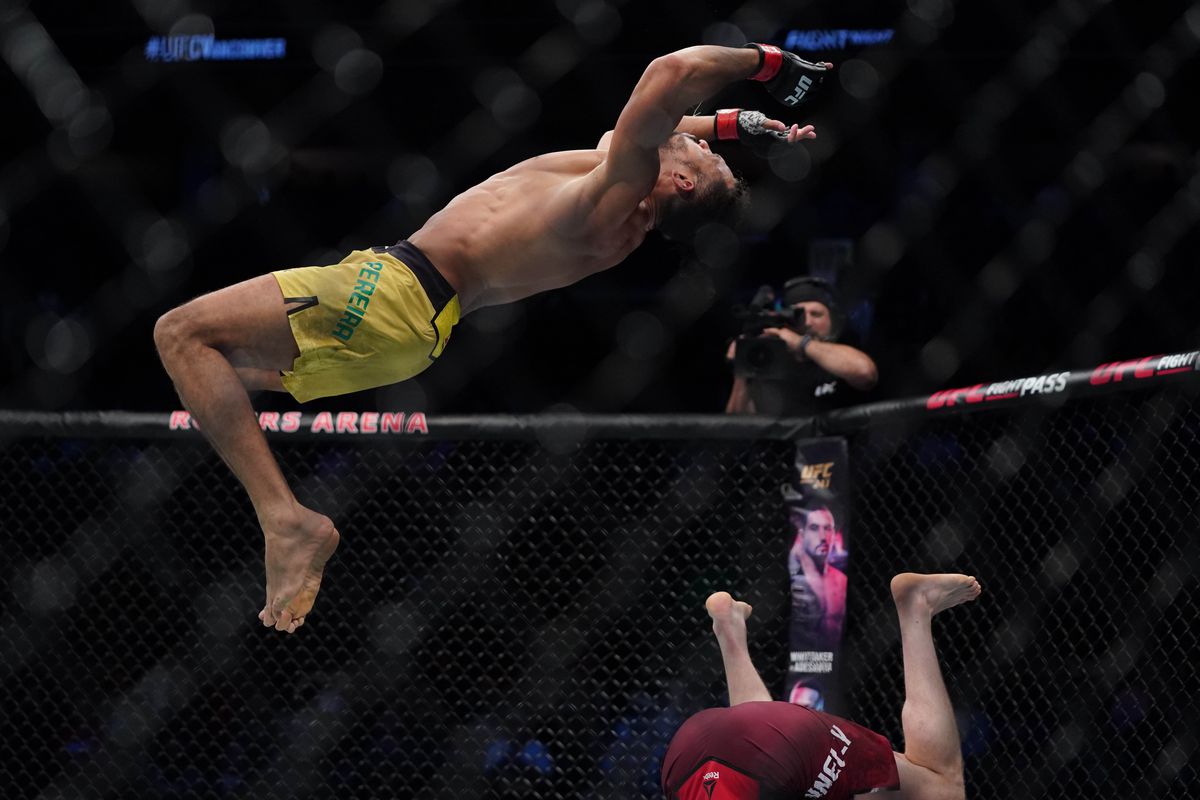 This card is littered with competitive, exciting fights, and my money is on Imadaev v Pereira to be the most entertaining of them all.

It's a tightly lined fight and there isn't a huge edge here either way, but I do think one man has the slight edge, and I'm about to break down why. Consider this one as a strong lean.

I've also got two official plays lined up for this one, and you can unlock the full card with a UFC Fight Pass here. More details after the breakdown.

Here are keys to victory for Pereira:

Pereira is extremely athletic, strong, and has good speed on his strikes, especially early. Expect a lot of excitement with high energy techniques as he looks to land a fight-changing blow.

Imadaev is another exciting fighter, but he employs more of a conventional fighting style. He'll throw spinning strikes, but outside of that he's going to be sticking to the fundamentals, and that could be the difference in this bout. If Imadaev shows up fighting how he fought Diego Sanchez, this is a fight that he should win.

But you just never know if this guy will show up doing backflips.

I took the risk betting against Diego Sanchez in that bout, but I don’t think the line is good enough to do so here. I think Pereira will win Round 1; Round 2 will be a coin flip, and then in Round 3, Imadaev will start winning. In a close fight lined pretty accurately, I think Michel gets a split decision victory here most times.

Pereira with an early knockout isn’t out of question either.

Check bestfightodds.com to find the best current price on this play.