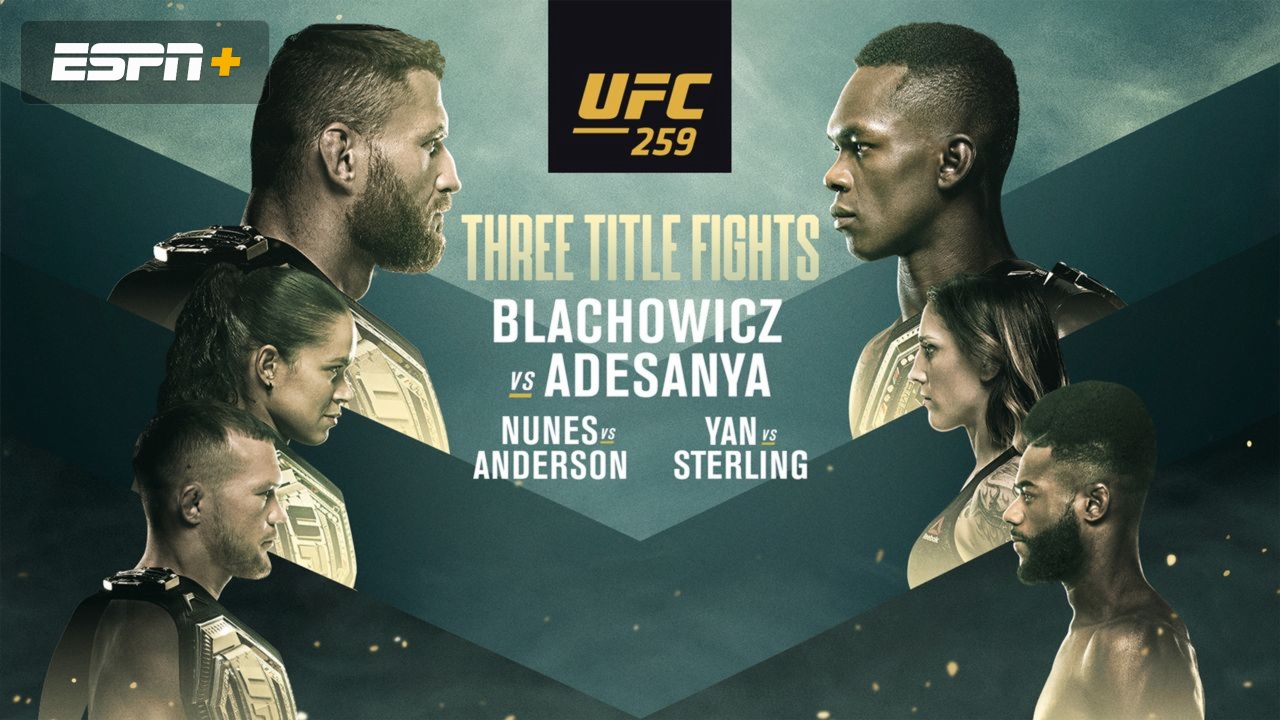 Enjoy the analysis and free UFC 259 props pick here, and if you want more, we’ve got three additional official plays locked & loaded, not to mention detailed betting analysis for every fight — and you can unlock it all with a UFC Fight Pass for $19.

Here are keys to victory for Nunes:

Amanda Nunes (20-4) at this point in time is the GOAT of women’s MMA. Right or wrong that is the reality, and it's priced into this line.

Nunes is a very well rounded fighter with crisp striking skills, coupled with some ever evolving wrestling, and a dangerous submission game.

On top of an 11 fight win streak, Nunes is also statistically better than Anderson in virtually every category. 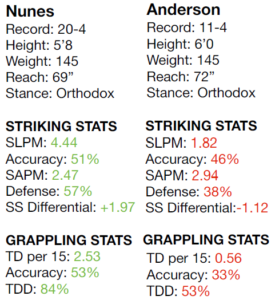 Megan Anderson (10-4) without question walks into the toughest fight of her career.

The six-foot 145-pound Anderson comes from a striking background, showcasing those skills by finishing nine of her 10 professional wins.

As lopsided as this fight appears, Anderson possesses the great equalizer: power. There is zero question in my mind that Anderson is the hardest hitter Nunes has ever fought, outside of possibly Cris Cyborg.

The blueprint has been laid for Nunes, and the path of least resistance is taking Anderson to the floor.

In both of Anderson's UFC losses, she was dominated on the ground post-takedown. In one loss she was blanketed, spending 11 out of 15 minutes under control of the opposition. Anderson's other loss saw her taken to the floor early, and submitted three minutes into the fight.

With Nunes showing an increasing willingness to wrestle, I absolutely expect to see her look for takedowns early and often. However there are ways for Anderson to neutralize these attacks.

While Nunes' best wrestling work comes when the opponent is pushed against the fence, her opponents can also utilize the cage to their benefit. It's possible that Anderson, expecting to be forced against the cage, has been drilling those positions repeatedly leading up to this fight.

Additionally, being the bigger woman and having length could really benefit Anderson if she takes the correct approach in defending the wrestling attack, giving her a path to a knockout victory.

The size, power, and dangerous striking of Anderson puts me off backing Nunes straight, however I still am giving the champ due respect, predicting that she would win this bout 80% of the time.

With the overly short odds on the moneyline, I think the best value is on Nunes to hit a submission while she has her opponent on the ground. My prediction is that Nunes submits Anderson mid-way through Round 2, retaining her strap.

From a betting angle, the two best plays are Nunes wins by submission +200, and Anderson by KO +1110.